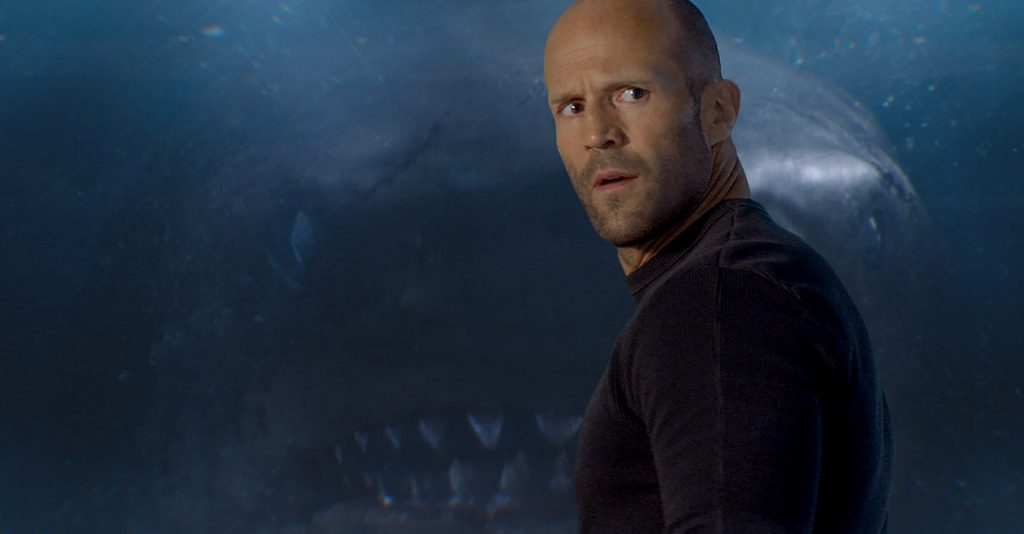 When you’re facing down evolutionary biology’s most perfect killer—Tuesday morning—what you need is the first trailer for the Jason Statham shark movie, The Meg. Enjoy this with your coffee, then go about your Tuesday knowing it’ll all be downhill from here. Directed by National Treasure and The Sorcerer’s Apprentice Jon Turteltaub, The Meg follows Statham as navy captain and rescue diver Jonas Taylor, just the man you hire when you need someone to square off against a prehistoric shark and save a team of scientists trapped on the sea floor. Honestly, what more do you need from a premise? The trailer is as delightfully gonzo as the conceit, and with Statham front and center, you know the action and the acting will be done with both force and grace.

The Meg was written by Dean Georgaris (Lara Croft Tomb Raider: Cradle of Life) and Jon Hoeber & Erich Hoeber (Red), and from the look of this trailer, it seems all involved were happy to invest this zany project with energy, verve, and joy. It looks polished and well executed, but, thankfully, doesn’t take itself too seriously. When you’ve got Statham cracking wise and a shark that belongs in a tank in Jurassic World, you really don’t need much more—and that’s when you meet the giant squid. Oh and hold on—Statham’s character and this prehistoric shark? Yeah, they have history. Seriously. They’ve met before. This is the movie America needs right now.

The tagline on The Meg‘s poster, currently on Facebook? “Please to eat you.” This movie needed to come out yesterday.

A deep-sea submersible—part of an international undersea observation program—has been attacked by a massive creature, previously thought to be extinct, and now lies disabled at the bottom of the deepest trench in the Pacific…with its crew trapped inside. With time running out, expert deep sea rescue diver Jonas Taylor (Jason Statham) is recruited by a visionary Chinese oceanographer (Winston Chao), against the wishes of his daughter Suyin (Li Bingbing), to save the crew—and the ocean itself—from this unstoppable threat: a pre-historic 75-foot-long shark known as the Megalodon. What no one could have imagined is that, years before, Taylor had encountered this same terrifying creature. Now, teamed with Suyin, he must confront his fears and risk his own life to save everyone trapped below…bringing him  face to face once more with the greatest and largest predator of all time.