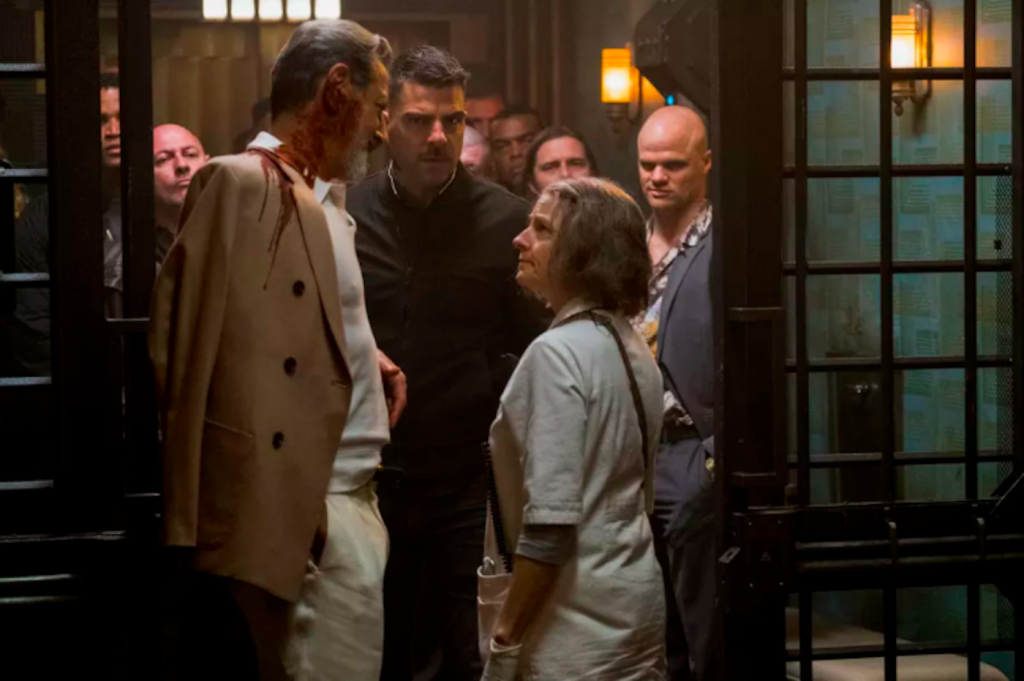 Hotel Artemis is the directorial debut for Iron Man 3 screenwriter Drew Pearce, and it contains the thrills and clever sci-fi conceits you’d expect of the man who wrote the best Iron Man of them all. The film is set in 2028, in a Los Angeles engulfed in rioting. There’s a sanctuary (of sorts) known as Hotel Artemis, run by the enigmatic healer, where crooks and criminals can come to get patched up, so long as they follows the rules. Membership to the hotel means you get fixed by the Nurse (Jodie Foster) and her staff, no matter who you are or what you’ve done. The rules, however, are sacrosanct. For however long you’re in Hotel Artemis, you’re a pacifist. No fighting, no weapons, no bloodshed. The place has been operating for 23-years, using state-of-the art technology, a committed staff, the Nurse’s all-seeing eye, and the goodwill of criminals who have used its services to get better. But trust, and the rules, are the two foundations that have kept the Hotel running.

The rules include no insulting the staff (when said staff includes Dave Bautista, this seems also like sound advice), no weapons, and no killing other patients. These are all well and good until one of the Hotel’s patients (Sterling K. Brown) brings hell upon everyone there. He’s pulled off a heist so huge that a whole bunch of unsavory types come to Hotel Artemis unwilling to play by the rules.

Foster, Bautista and Brown alone would make for some great casting, but they’re surrounded by an some first rate talent, including Jeff Goldblum, Zachary Quinto, Sofia Boutella and Charlie Day. The sci-fi elements look both fun and creepy (you’d expect Pearce), and the intensity of the film, coupled with its wild plot, could make for a great summer flick.

Hotel Artemis opens on June 8. Check out the trailer here:

Sony Films Will Head to Disney After Netflix Window Expires

Listen to an Epic Snippet of “The Batman” Score