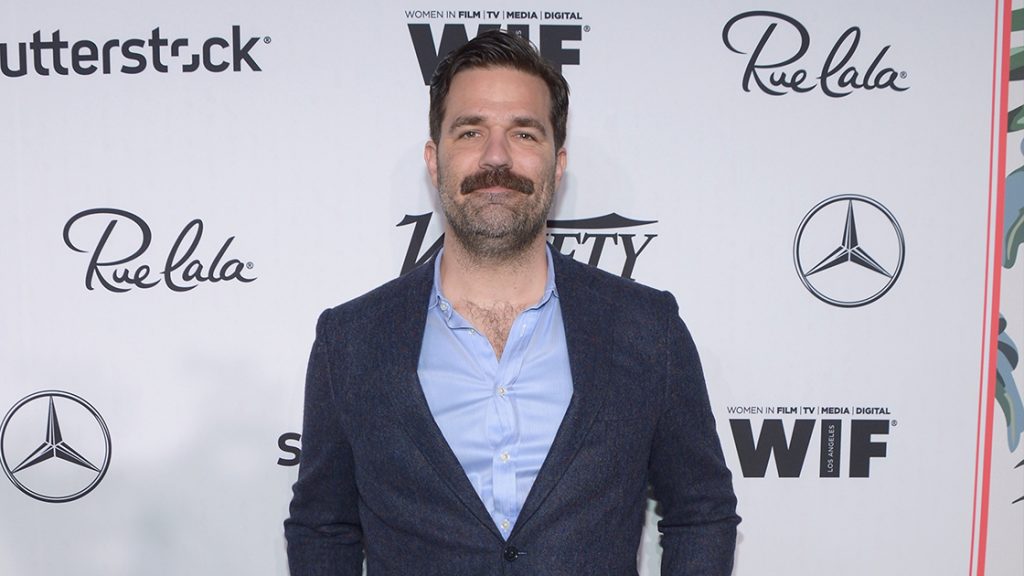 Deadpool has his eyes set on rivaling the X-Men and is even taking cracks at the Avengers in the final trailer. The Merc with the Mouth is forming his own team of crimefighting mutants featuring Domino (Zazie Beetz), Bedlam (Terry Crews), Shatterstar (Lewis Tan), and…Peter (Rob Delaney)?

No, it’s not Peter Parker and definitely not Peter Quill. He’s just…Peter. The final trailer introduced us to the affable character, played by the hilarious Rob Delaney of Catastrophe, who responded to the recruitment ad for the X-Force team – despite having no super powers. Peter might be just a regular guy looking to make some extra money in these trying economic times, but his mustache alone is already legendary. i09 spotted Peter on Twitter and he is our new favorite person to follow. Peter W. holds the handle “@PeterW_1974” and is incredibly active.

A little stalking gave us a crash course in the life of the newest X-force member, and he does not disappoint. From his twitter, we have learned that Peter has wife named Susan and is an experienced beekeeper. We also learned that beekeepers are called Apiarists. Like the rest of us, Peter loves Friends, #BeeHumor, and follows Motivational Quotes. Even a member of the X-Force needs help staying motivated sometimes.

I’m not toking on drugs. Smoke is actually used to relax the bees around the apiary (beehive) so I can harvest their delicious honey! #DrugsFree #NotToking pic.twitter.com/dE3MlG3ZWI

Despite Peter’s average appearance, fans theorize that there may be more to this beekeeper than meets the eye. The Nerdist speculates that Peter is actually Peter Wisdom, a character from Warren Ellis’ Excalibur. Peter Wisdom was a mutant with the ability to shoot hot plasma blades from his fingers. Peter’s last initial is “W” so this theory may be plausible. He’s already shown off his smoking technique to to calm his bees and collect their honey. We suspect that these bees are definitely going to come into play in the film and be part of his breakout moment. But for now, Peter is just your average guy trying to survive in a sluggish economy.

I appreciate all the attention. But I’m just an honest guy, looking for work in a contracting economy. #XForce

Fans can see Peter and the rest of the X-Force take on Cable in Deadpool 2 May 18.