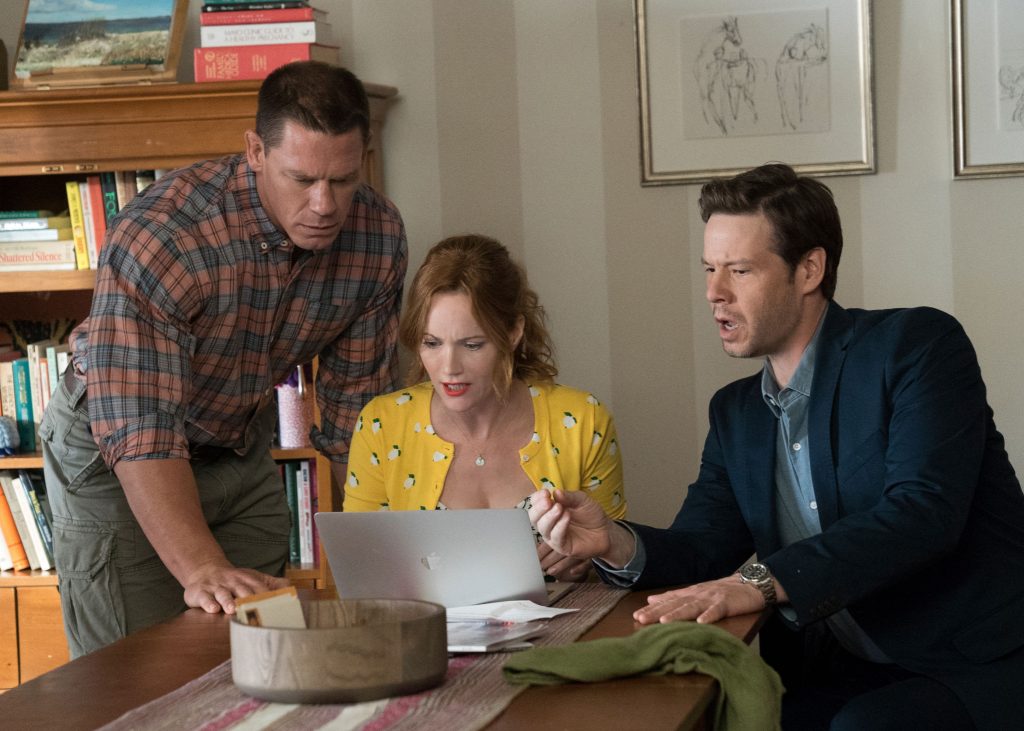 It’s hard being a parent, especially in the digital age. Kids are in constant contact with one another and everything they say is in a new code developed by their generation. In the trailer for Blockers, three parents try to deny what is on their kids’ screen, but they finally have to face the fact an eggplant can only mean one thing. And no, it’s not for cooking. The movie is getting fantastic reviews, holding at 84% on Rotten Tomatoes, and is poised for a banging opening weekend. Would you believe us if we said no pun intended?

Pitch Perfect writer Kay Cannon directed the film that, for all the lewd content, is being hailed for a fresh portrayal of female empowerment. Kathryn Newton, Gideon Adlon, and Geraldine Viswanathan play three teenage girls who make a pact to lose their virginity on prom night. Leslie Mann, John Cena, and Ike Barinholtz lead the smashing adult cast and reportedly make for a fabulously comedic trio. After discovering their daughters’ plan, they embark on a slapstick adventure to stop them.

If you need further inspiration before buying your tickets tomorrow, here’s what the critics are saying.

“Blockers is about as funny and heartfelt as studio comedies get (which isn’t meant as a backhanded compliment), while smart and insightful enough to double as a guide to raising teenage girls.” Inkoo Kang, Slate

“Blockers, on the surface, sticks very much to the formula – even the prom setting is very been there, done that. But it’s subversive in these little details, and the resolution is genuinely touching.” Kristen Yoonsoo Kim, Village Voice

“Teen sex is a complicated issue, darn it, and the movie’s whiplash-like uncertainty in tone proves the point. At least it has well-meaning fun along the way.” Mara Reinstein, Us Weekly

“Cannon and her cast keep us laughing enough to hang in for a satisfying takeaway: It’s only natural for the ‘rents to worry. Sometimes, though, teens know themselves better than their folks suspect.” Tom Russo, Boston Globe

“The absurdity of the parents’ intervention gets symbolic weight from the deftly destructive physical comedy that they have to endure.” Richard Brody, New Yorker

Featured Image: (L to R) JOHN CENA, LESLIE MANN and IKE BARINHOLTZ star in “Blockers,” the directorial debut of Kay Cannon (writer of the “Pitch Perfect” series). When three parents discover their daughters’ pact to lose their virginity at prom, they launch a covert one-night operation to stop the teens from sealing the deal.