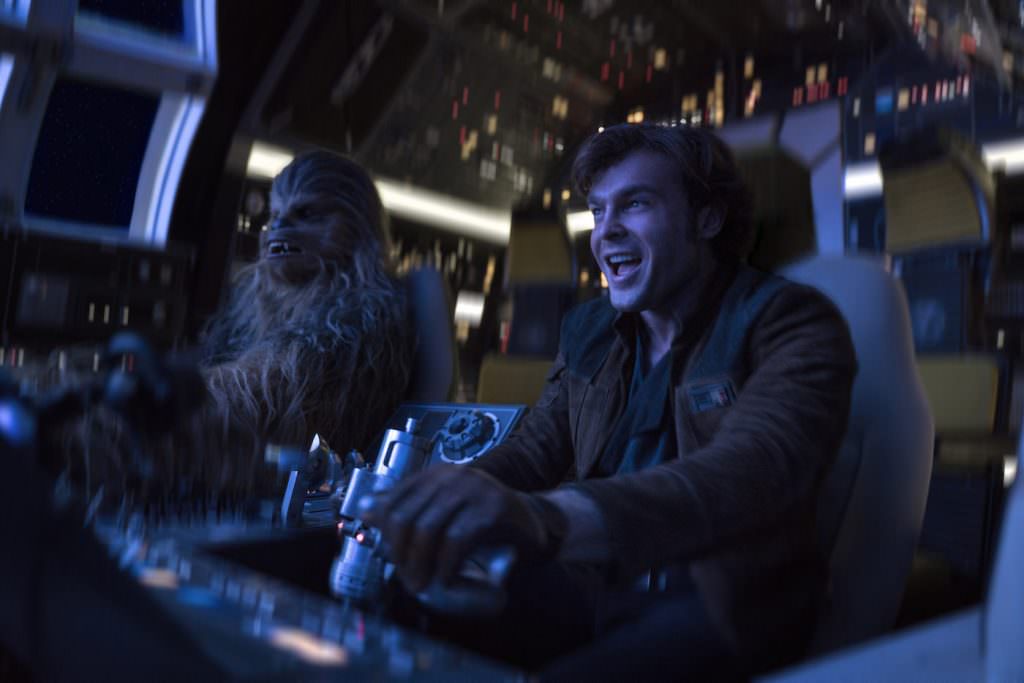 A wookie on the Promenade de la Croisette? Believe it, folks. Chewie, Han Solo and the gang will be at the Cannes Film Festival, where Solo: A Star Wars Story is having its premiere. Screening out of competition, Ron Howard’s galactic adventure, the second-ever stand-alone Star Wars film after Rogue One, will be screening on May 15th, a full 10 days before its worldwide release on May 25th. This means the first reviews for Solo will be pouring out in mid-May.

This is a nice coda to a production that has had its share of drama. Once Ron Howard took over for directors Phil Lord and Chris Miller, it was fair to wonder if the film was going to make its initial release date, let alone make it and premiere at the most prestigious film festival in the world. If the reviews are positive, all of that agita surrounding the film’s production will dissipate into the blue skies over Southern France.

Cannes might be the most glitzy film festival in the world, but its no stranger to massive tent-pole films like Solo. Nor will it even be the first Star Wars film to screen there—George Lucas had the first official premiere for his final film, Star Wars: Episode III – The Revenge of the Sith in Cannes. Shrek, X-Men: The Last Stand and Steven Spielberg’s The BFG all screened there.

Cannes audiences are notoriously vocal. Will they cheer Alden Ehrenreich as a young Han Solo, and thrill to watching the most famous smuggler in the galaxy become the man we met in Star Wars: Episode IV – A New Hope? Will they enjoy the epic space battles, laugh at the in-jokes about doing the Kessel run in 12 parsecs? Actually, will they get to see Han’s infamous Kessel run?  We’ll find out soon enough.

The Cannes Film Festival runs from May 8th through May 19th.