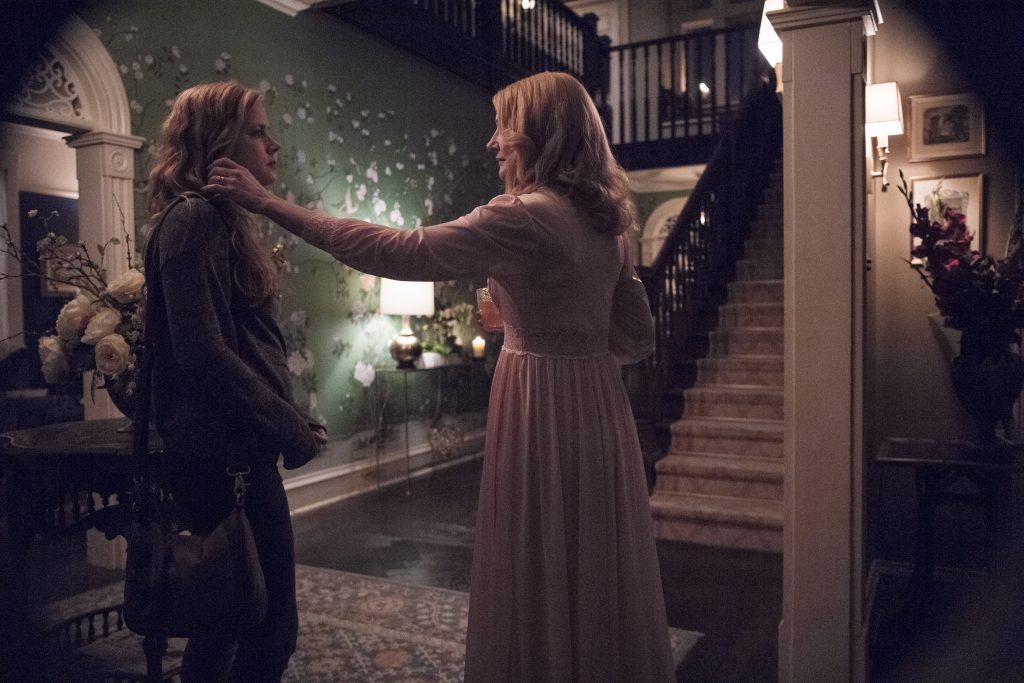 We have had four years to recover from the twisted psychological torture of Gone Girl, so it is time to subject ourselves to the next onscreen adaptation of a Gillian Flynn novel. Amy Adams stars in Sharp Objects, which runs as deep and jagged as Gone Girl into the psychosis of the human mind. The first trailer for the HBO miniseries is beautifully haunting and appropriately creepy with the added element of a group of young girls who seem…off.

Camille Preaker (Adams) returns to her idyllic small town of Wind Gap, MO to report on the murders of two adolescent girls. The visit reminds her of what appears to be a less than perfect upbringing that has had lifelong repercussions. The trailer alternates between present day, flashbacks, youthful fantasies, and somber realities. Ghosts of the past linger in the town and Camille might uncover more than just the identity of the murderer.

It’s always a good sign when Amy Adams signs onto a project, but we were most excited to get our first glimpse at IT star Sophia Lillis in the trailer. Lillis plays a young Camille, and she has certified acting chops. We are thrilled we won’t have to wait for IT: Chapter Two to see her next role. The always luminous Patricia Clarkson (Maze Runner) plays Camille’s icy and temperamental mother. Eliza Scanlan, April Brinson, Violet Brinson, and Sydney Sweeney play the show’s young group of girls who are either disturbed or in danger as the trailer warns. Chris Messina (The Mindy Project), Elizabeth Perkins (Weeds), and Matt Craven (Justified) round out the stellar cast.

Big Little Lies director, Jean-Marc Vallée, is bringing his dreamy storytelling style to Sharp Objects. The miniseries is intended to be a standalone season, but so was Big Little Lies. Flynn has a mega built in fanbase and more stellar novels, so anything is possible.