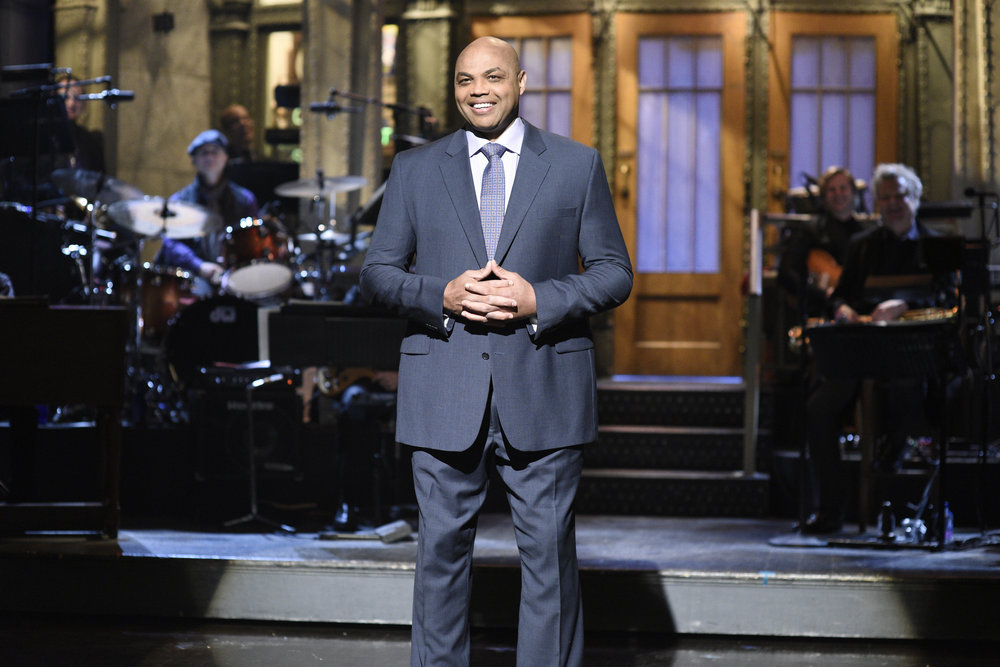 One of the more absurd and overlooked aspects of the Star Wars franchise is that somehow everyone in the galaxy is multi-lingual. No matter what planet people travel to and who—or what—they might encounter there, no one in any Star Wars film ever says, “I have no idea what this person/alien/thing is saying.” This includes the beeping language of droids like R2-D2 and BB-8. Everyone understands everyone else, all the time. This narratively understandable but patently ridiculous phenomenon is what the gang at SNL explored they wrote this hilarious sketch (which was cut for time) in this past Saturday’s show, which was hosted by NBA legend Charles Barkley.

The sketch begins with writer/director J.J. Abrams, the man behind Star Wars: The Force Awakens and the upcoming Episode IX, delivering an announcement for a surprise, brand new film, The Mos Eisley Five.  The titular five include a Solo character (Mikey Day) a Rey-like heroine (Kate McKinnon), a Chewie character, a R2-D2-like droid, and Barkley’s hybrid character (think Rogue One‘s Saw Gerrera and Obi Wan Kenobi). Only unlike just about every other character in the Star Wars galaxy, Barkley’s character only understands English, and his incredulous that the rest of them had the time to learn every other language in the galaxy.

There’s a lot to love here (Kenan Thompson’s Jabba the Hutt stand-in, Goba, is particularly hysterical) and the fact that, while SNL‘s production designers are incredible, there’s a lot of fun to be had in how slightly off every character is, which is part of the fun of parodying Star Wars in the first place. There have been a lot of Star Wars sketches in SNL over the years—there is perhaps no other film franchise that has given the show as much fodder—and this is certainly funny enough to have made the airwaves. When Barkley’s character shouts the only non-English words he seems to know, we imagine an entire Star Wars film centered on a miscommunication, in a galaxy sorely in need of DuoLingo.