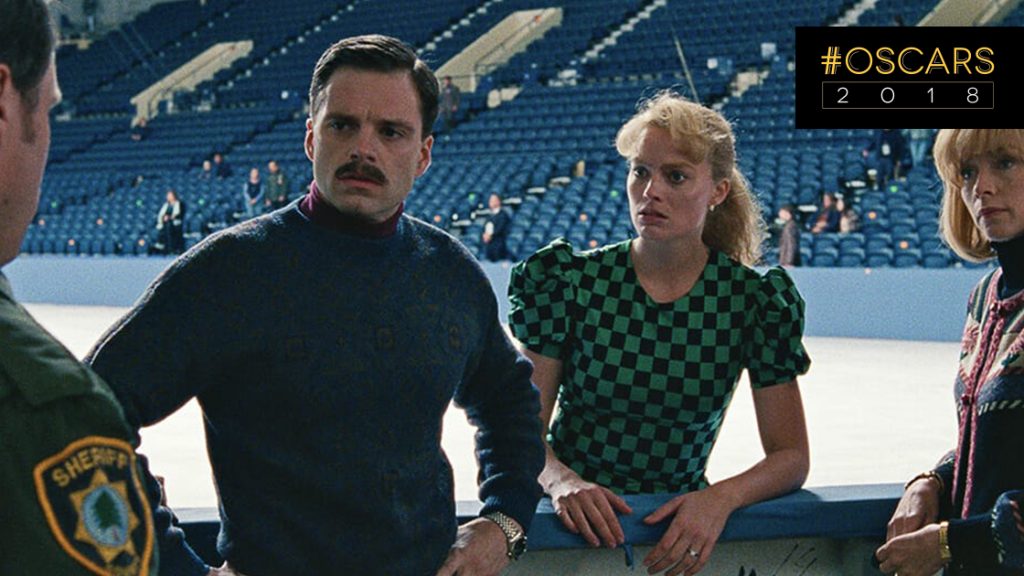 How the I, Tonya Composer Helped Recast an Infamous Villain as a Tragic Character

When the news hit in 1994 that Olympic ice skater Nancy Kerrigan had been struck in the knee just before a performance, viewers were gripped. As the sensational story unfolded and the assailant became tied to rival Tonya Harding, America thought it would never forget the event. Nearly 25 years later, it turns out that the details have grown fuzzy – some even remembering Tonya swinging the baton herself. Three-time Oscar nominated I, Tonya returned to the scene of the crime and uncovered fresh perspectives on the infamous event.

Composer Peter Nashel dug into the multi-layered material of the film and produced a score that soars above the ice. With dramatically creative instrumentation, Nashel’s music pulls viewers into the swirl of chaos that surrounded the incident. What’s left is far from a final judgment on the players involved, but instead a reflection on crime as a spectator sport. We spoke with Nashel about revisiting the famous event, collaborating with the film’s music supervisor, striking the right tone, and more.

I, Tonya was such a sensational news story and the film gives her story an interesting new life. What attracted you to the project?

I think to start I was so lucky, or just fortunate really, I don’t think luck had that much to do with it, to be brought in on the project. It’s one of those strange things where it seems that it was almost made for the moment that we’re living through. It’s a film that deals with, in a very entertaining way, three big issues that are in the headlines right now. Gender and how women are treated and everything concerning that. It’s got to do with class. It’s almost a red state-blue state type of film. Then, maybe most importantly, it deals with the whole nature of truth and what is truth and does everyone create their own truth? That couldn’t be more relevant to the times that we’re living in. I think the kind of incredible thing about the film is that it does all this in kind of a non-preachy way. It’s just really fun film to watch, a really entertaining film to watch.

I recall when the incident happened that Tonya Harding was portrayed as a villain and Nancy Kerrigan was the hero in the story. Does the film continue or contradict that narrative?

Well that’s interesting, I don’t think that the film was actively trying to villainize or re-villainize her. [Screenwriter] Steve Rogers did these very extended interviews with Jeff Gillooly and with Tonya Harding and then it turns out that they have remarkably different takes on the same event. I think it would be unfair to say that this is either a film was supposed to exonerate her in some way or re-write history or to villainize her further. What the film did that’s very topical is it shows these different stories and it does it in such a way that it maybe raises more questions than are answered at the end of the day.

How did that shape the score that you wrote for the film?

I should note, it’s a film that doesn’t really have a ton of score in it because it’s really sharing the honors with the songs that were chosen. Frankly, they’re incredible and I’d be remiss if I didn’t give a shout out to Susan Jacobs for just an absolutely astonishing job in terms of the types of songs she was able to get placed into the film. It’s no easy feat when you really get inside of what a music supervisor does, the amount of people and numbers and licenses and everything that’s involved. The score really shares the spotlight in terms of the takeaway from the film and the music in the film.

What lead you to the tone you wanted to set with the score?

We focused on a sound initially and it took so much time just to get that tone right. The film is kind of a mockumentary on a certain level, and who’s getting mocked changes. Sometimes it’s Tonya who’s getting mocked, sometimes it’s Jeff Gillooly or Shawn Eckhardt. Then towards the end of the film, we realize that in some ways the audience is getting mocked as well because they were willing participants in the fabrication, the media. Everything around the event took on a life of its own.

What kind of instrumentation did you use for the score?

There’s a lot of sound percussion, odd trashcans, and weird percussion instruments that create a slightly more jangled, de-tuned sound. It didn’t have clean precision of what you might expect in certain more contemporary scores. Definitely there are odd overtones and odd sounds for that. The piano was a key instrument in there, and at time it’s for two hands and at times it’s for four hands. Then a 10-piece string orchestra and a very small woodwinds section.

That’s a unique orchestration. Why do you think that approach and instrumentation captured the energy you were going for?

There definitely was a competitive nature to it, but I thought it worked well with the precision that these skaters have to have. These are elite athletes and it really helps propel her performance when we’re on the ice. You just really feel that taking off feeling.

What do you feel is the contribution music makes in film?

I think film music is unique in that it’s always serving a larger purpose, which is the film itself and the storytelling. My background came from commercials and the very first feature that I did, which I was out of my depth, I didn’t really know what was involved in that. By the time I got to the end of it, and when I saw the mixed film, that was really when the bug hit me. I was like, I need to do more of this because this feels amazing, to sit in a theater and hear your music come back at you like in that scale. I had a friend who was once describing the business to me and said, “There are curtains that separate the disciplines. Curtains that separate advertising from television and television from film and sometimes those are iron curtains and sometimes those are velvet curtains.” And no truer words have been spoken. I think back when I started doing commercials, nobody in their right mind would have hired a person who did music for car commercials for a feature. And now I think all the worlds have permeated one another. We’re seeing the greatest talent in Hollywood working in TV and you see all sorts of people in the commercial world working on television and in film and vice versa. There’s much more freedom between the different crafts.