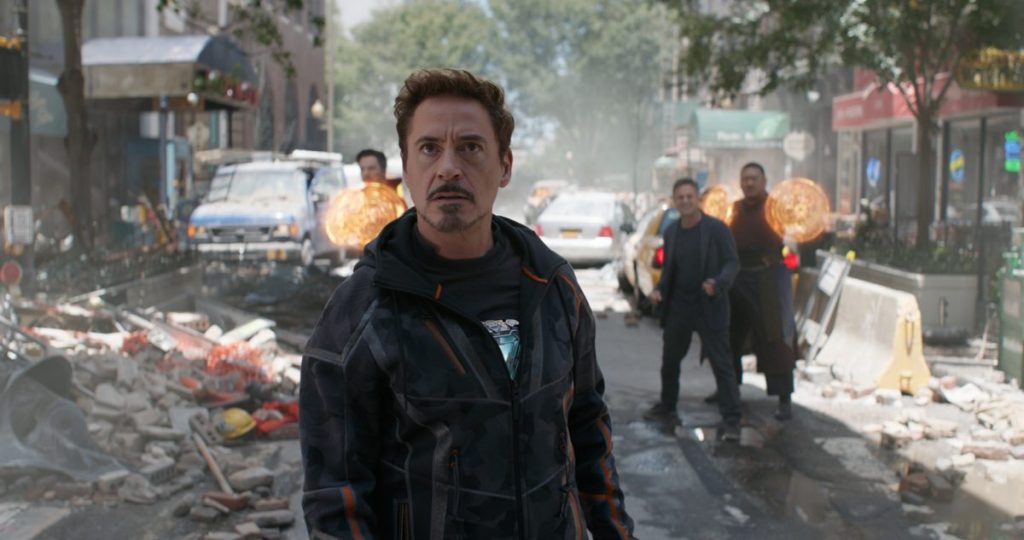 The Avengers have one less week to gear up for battle than they thought. Previously slated for a May 4 release, Avengers: Infinity War will now hit theaters April 27. Summer blockbusters kick off in the first week of May, but when you’re the defenders of the galaxy, rules do not apply.

Robert Downey Jr. had the honors of breaking the news. He is Tony Stark, after all – the man who launched the cinematic MCU. Marvel asked fans via tweet, “On a scale of one to infinity, how excited are you to see #InfinityWar on May 4?” Downey Jr. stepped in to ask for an earlier screening. His wish was immediately granted, and he graciously asked to bring some friends. Lucky for us, by “friends”, he meant everybody.

In reality, the change is probably the result of a spacing issue. Disney now owns two of the biggest theatrical franchises right now – Marvel and Star Wars – and it’s in their best interest to keep the two from competing. Solo: A Star Wars Story has a May 25 release date, which will give the two expected hits a full month of breathing room.

In the ultimate mega-mix of Marvel heroes, Infinity War will be nearly all of your favorite characters. If you’re recently obsessed with Black Panther like we are, this means the characters will be back soon. You’ll get to see T’Challa (Chadwick Boseman), Shuri (Letitia Wright), Okoye (Danai Gurira), and M’Baku (Winston Duke) again in just a few months. They’ll be teaming up with other favorites like Captain America (Chris Evans), Black Widow (Scarlett Johansson), and Thor (Chris Hemsworth). The Guardians of the Galaxy will be there too. They’ll need everyone on deck to fight Thanos (Josh Brolin).