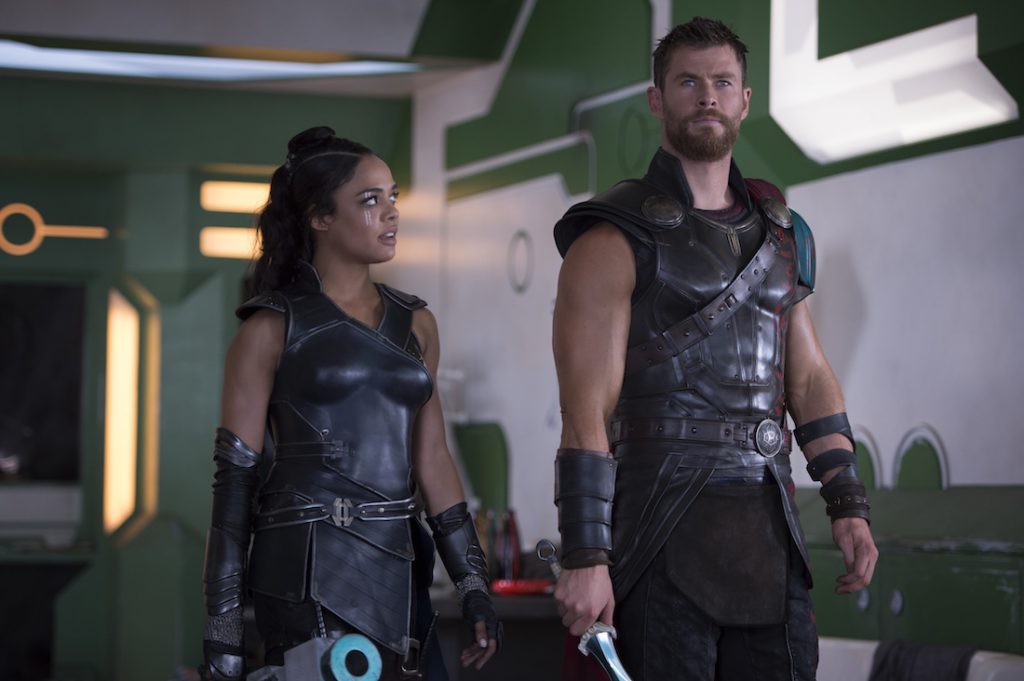 If you loved Valkyrie in Thor: Ragnarok for being a total badass and always putting Thor in his place, then we have good news for you. The dynamic duo of Tessa Thompson and Chris Hemsworth have another project on the way, and it isn’t just any old reunion either. THR is reporting that Thompson and Hemsworth have landed the lead roles in the upcoming Men in Black spinoff.

The sequel will be a follow-up to the days of Agents K (Tommy Lee Jones) and J (Will Smith) and will feature new characters. Obviously, we suspect there will now be a Woman in Black, but all other plot details are still under wraps. The sci-fi film is expected to feature more of an ensemble cast. That could mean more exciting casting news is on the way.

Snagging more talent from the MCU, Iron Man screenwriters Matt Holloway and Art Marcum are tag-teaming for the new spinoff. We’re totally okay with this Marvel takeover of the secret anti-alien organization. Marvel Comics did purchase Aircel Comics, afterall, the original company that published the Men in Black comics. And if they can take on Thanos, we have faith in their intergalactic defender skills. The Fate of the Furious director F. Gary Gray is slated to helm the production.

The original MIB premiered in 1997 and utilized a lot of practical effects. It was a synthesis of action, adventure, and gross out humor that became an instant classic. Men in Black 2 followed up in 2002, but it took another decade for Men in Black 3 to come onto the scene. No neuralyzer needed after seeing 2 and 3. All three films were solid and didn’t suffer from sequelitis.

In the comics, the MiB battle other supernatural forces including zombies, werewolves, and vampires. It’s possible that the sequel could expand into other predator territories.

The new Men In Black currently has an estimated arrival of June 2019.