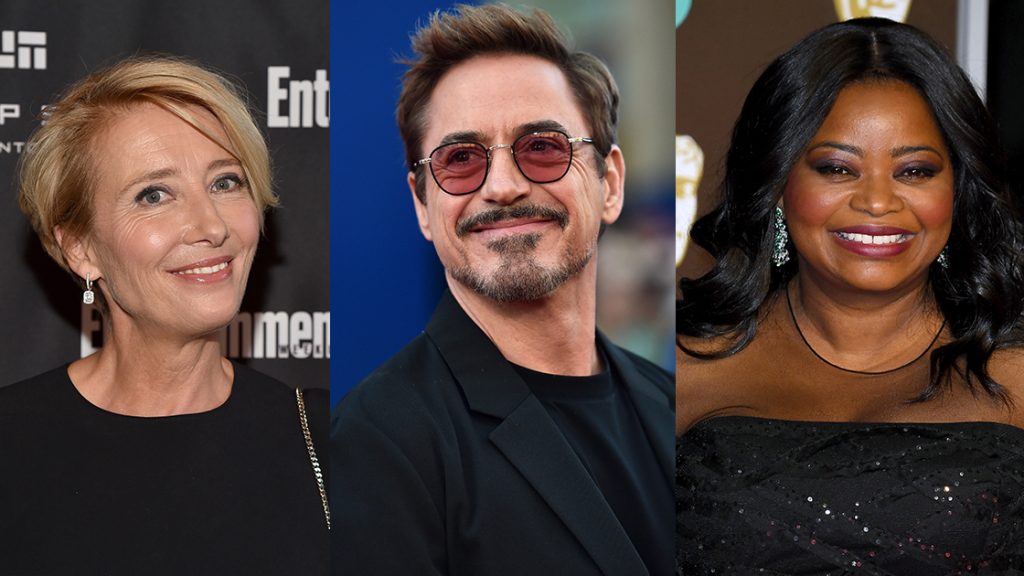 The doctor is in and what a patient roster. Robert Downey Jr. has been hanging out alone as the sole cast member of The Voyage of Doctor Dolittle, but that has all changed. Downey Jr., who is active on Twitter, announced his new fellow cast members himself.

Dolittle will be treating a menagerie of high profile patients. There are four Oscar winners – Emma Thompson, Octavia Spencer, Jim Broadbent, and Marion Cotillard – and two Oscar nominees – Ralph Fiennes and Kumail Nanjiani – among them. Thompson, who will play Polynesia the parrot, is celebrated for her broad range including several family films. Thompson scripted and starred in Nanny McPhee and is, of course, the beloved Sybill Trelawny of the Harry Potter films.

Wrestler turned actor John Cena will be tackling the role of Yoshi the polar bear. Cena is a voice acting veteran now after playing the gentle giant Ferdinand the bull last year.

The bond between Tony Stark and Peter Parker seems to also extend beyond the MCU. Downey Jr. must have put in a good word for Spider-Man star Tom Holland. The young actor will be playing JP the dog.

Eddie Murphy originated the role for film in 1998 with a wild cast of animal costars. Downey Jr. was tapped by Oscar winning director Stephen Gaghan to play the specially gifted doc. Based on the stories by Hugh Lofting, John Dolittle is a surgeon who gains the ability to speak to animals.

The Voyage of Doctor Dolittle sets sail April of 2019.