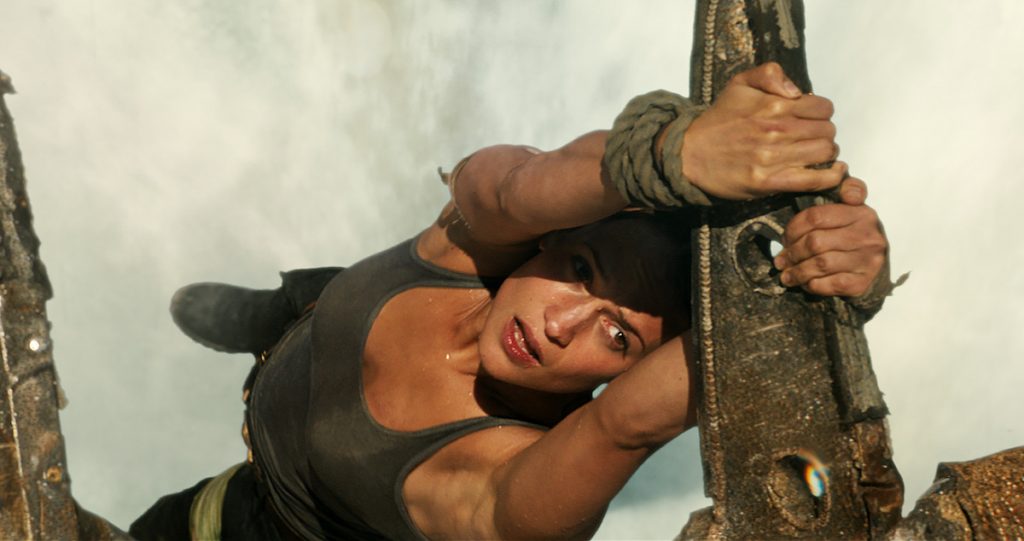 Tomb Raider is back, with a leaner, grittier, younger, and altogether more relatable Lara Croft, played by Oscar winner Alicia Vikander, at its center. As with the first two Tomb Raider films, which came out in 2001 and 2003, starring Angeline Jolie as the aristocratic Croft, both how to make and how to interpret the movie as it relates to its wildly popular video game source material has remained a present factor. Outside that shared aspect, however, this is an altogether different film from its predecessors, both in style and in character. The inimitable Lara Croft is edgy and broke (albeit by choice), with no superhuman powers beyond a remarkably quick ability to learn on the job. And when Lara embarks on a search for her missing father and winds up at an excavation driven by a mysterious Western conglomerate and supported by local slave labor, the scene seems, sadly, not totally unimaginable.

In another break from the earlier movies, the Tomb Raider reboot was partly reliant on a revamped version of the game, which debuted in 2013 and 2015, and saw its main character’s chest grow smaller and her empathy, bigger. We spoke with production designer Gary Freeman about updating the story, incorporating video game aesthetics, and working with director Roar Uthuag.

What were your biggest initial goals (or challenges!) in differentiating an updated Tomb Raider from the first two films?

Not really any problems — other than we needed a completely different approach to the look and feel of the movie. The previous two films were more ‘comic book’ in their approach, more fantasy in terms of mythology and magic, [and] we wanted it to be gritty and more grounded in history. Also, we wanted Lara to not have superhuman abilities, her skill set was due to self-motivation, tenacity, and a growing experience gained by facing challenges as the movie progresses.

And in that vein, were there specific elements from the first two movies that you drew on, or tried to keep present here?

We didn’t really look to the previous movies other than using them as a yard stick by which we wanted to be different, not that they were bad movies, just from a different era and this was for a newer, more informed audience.

How did you use the video game as source material to create a world for film? And before working on Tomb Raider, had you ever played the game (are you a gamer)?

I’m afraid I’m not a gamer. I watched many game play videos on YouTube, showing real game footage. This then informed the style of the film and the types of situations Lara would have to overcome.

Did your experience working on other films that lie just on the other side of reality, like Pirates of the Caribbean and Children of Men, influence your process for this project?

Pirates is a great benchmark in terms of action and understanding what audiences’ expectations are when watching action-adventure movies. Children of Men was the ultimate in content over style. It made me realize that you don’t have to have overly art-directed scenes to make them powerful and lasting. Sometimes reality (albeit a visionary reality) is more powerful than fantasy.

What was your process like, in working with director Roar Uthuag’s vision?

Roar was very keen to keep it real. Tomb Raider is a fantasy film with a small ‘f.’ From his previous work, I knew that I couldn’t over stylize the look of the movie. London needed to look like contemporary day-to-day London, as did Hong Kong. The island and tomb needed to feel like a real archaeological dig expedition, with a twisted motive and dark intent on behalf of the organization behind it.

Roar gave me quite a loose brief to which I could expand the world, and stepped in if he felt it wasn’t in line with his thoughts. Great for a designer to express themselves and rubber stamp their aesthetic.