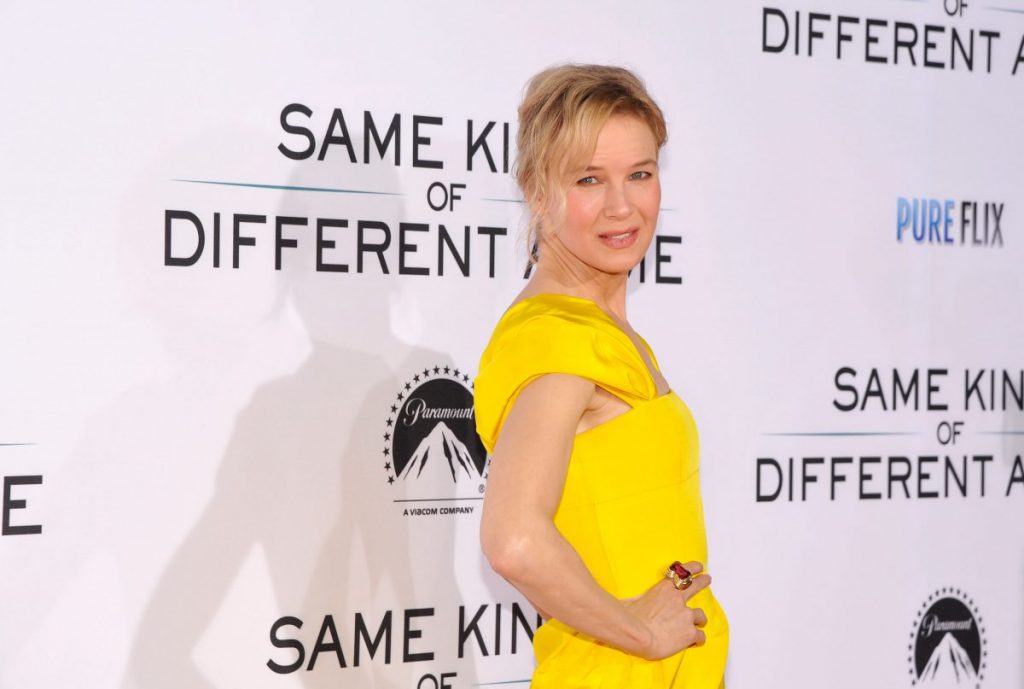 Believe it or not, that is not Wizard of Oz star Judy Garland you’re looking at. Renée Zellweger is stepping into Garland’s ruby slippers for BBC Film Judy. Filming began yesterday in London, and the production tweeted out a picture of the star in action. The resemblance blew us away.

The upcoming biopic will portray the final concerts of Garland’s life. The legendary performer passed away in 1969, but was still performing in 1968 when the film was set. She stopped in London along her sold-out tour. Despite portraying famously sunny roles like Meet Me in St. Louis and Easter Parade, Garland’s real life was far from the glittering paradise of Oz. Her career was marked with controlling management, strained relationships and addiction, yet her star shone on.

Zellweger has made a stunning transformation for the role. The hair and makeup design – including what appears to be colored contacts – and costume are extremely convincing. We cannot wait to hear her vocals as she channel’s Ms. Garland. Zellweger’s turn as the naïve dreamer Roxie Hart in Chicago solidified her musical talents. Garland is a beloved icon with an inimitable voice, but biopics have shocked us before. Joaquin Phoenix and Reese Witherspoon nailed their portrayals of Johnny Cash and June Carter in Walk the Line from 2005.

The BBC promises Judy will feature some of Garland’s most famous songs, including ‘Somewhere Over the Rainbow.’ In addition to Zellweger, the cast boasts Jessie Buckley (War and Peace), Finn Wittrock (American Horror Story), Michael Gambon (Harry Potter), Rufus Sewell (The Man in the High Castle), and Bella Ramsey (Game of Thrones). Tom Edge penned the script following his work on the biographically based hit series, The Crown. Rupert Goold (King Charles III) is directing.