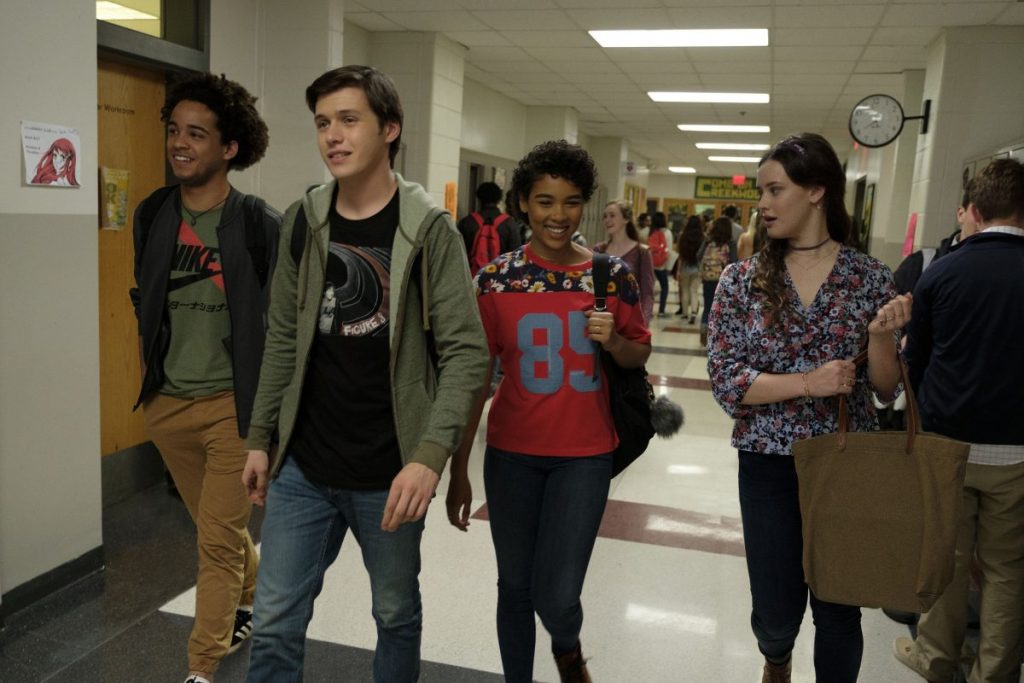 Love, Simon Shares Musical Inspiration with Coming of Age Films of the ’80s

Entertainment in the 1980s took kids seriously. Young people faced serious problems in a mature, yet whimsical that honored the anxious, dramatic phase they were in. Look no further than the Brat Pack, who have been summoned into current discussions about teens across the country protesting gun violence, only to find themselves getting detentions for their walkouts. Once forced together again by school authorities who didn’t think it through, these kids were able to protest yet again. These references were to John Hughes’ The Breakfast Club, of course, one of the most iconic films of the decade, but hardly the only one to take teenage angst seriously. St. Elmo’s Fire, just to name one more, was a model of commiseration with the teenage characters, exploring that no man’s land that is growing up. Love, Simon is now expanding the coming-of-age genre with a story that includes coming out, and that, along with the recent Call Me By Your Name, has given young people everywhere a fresh, crucial story that takes their lives, and their loves, seriously. Sarah Midkiff at Refinery 29 points out that what it also has in common with the 1980s teen flicks is an awesome soundtrack.

“Sweeping synths, bouncing drum kits, and tight, ornamental guitar riffs – moments into watching Love, Simon, I was immediately swept up in nostalgic memories from my teen years,” Midkiff wrote. And she’s right. Executive music producer Jack Antonoff taps into the 80s for a slew of songs that are fresh, yet nostalgic. Antonoff’s band Bleachers performs tunes written by Harry Styles, John Hill and Karen Marie Ørsted. We also get Whitney Houston and the Jackson 5.

There have been many coming of age films over the years, but few have dealt with coming out in a mainstream way. Falling in love for the first time is always a unique experience, but the confusing feelings and uncertainty of being young is universal. Gay audiences now have Simon to relate to. They may not have the exact same experience – especially Simon’s hyper-supportive family – but his story has already touched the hearts of many. The music helps give Love, Simon even more emotional heft.

Antonoff tapped openly gay singer and songwriter Troye Sivan for the track ‘Strawberries & Cigarettes’. Styles has also been celebrated by LGBTQ fans recently for the new song Medicine that appears to have lyrics touching upon bisexuality. Styles wrote the opening number ‘Alfie’s Song (Not So Typical Love Song)’ with Antonoff.

In addition to being a breakout decade for teen films, the 1980s were also booming period for LGBTQ awareness in the media. Androgynous stars began populating MTV, like Prince, David Bowie, and Annie Lennox. Their sexuality was fluid, but their star power was rock solid. Midkiff points out that rooting the soundtrack of Love, Simon in something familiar may emphasize the similarity in all adolescent love stories. And what cooler music can you possibly have your first awkward romance than Antonoff’s tracks?

Love, Simon is in theaters now.