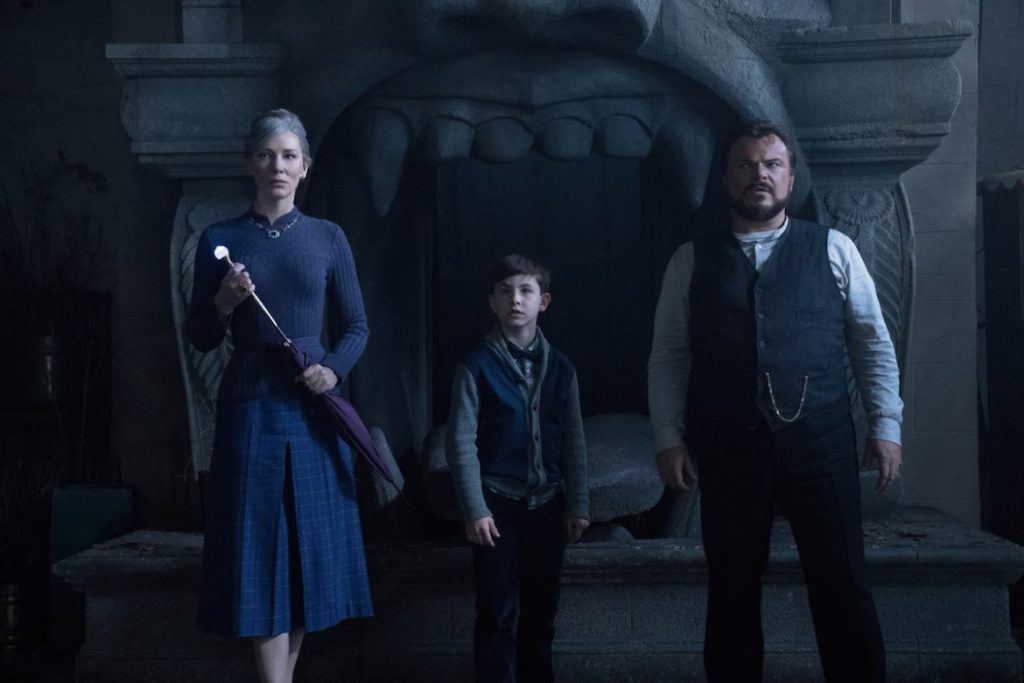 Well, not quite, but the director of Hostel and Cabin Fever‘s latest film, The House With a Clock in Its Walls, is based on a children’s book by novelist John Bellairs (with wonderful illustrations by Edward Gorey), and was produced by Steven Spielberg’s Amblin Entertainment, so it’s a far cry from the gory films he made his reputation on. Further, it stars Jack Black and Cate Blanchett, hardly the people you’d put in a film that includes dismemberment. The first trailer for the film is the final proof that Roth has made something you could actually bring your son, or your mom, to see. Yet it’s also gleefully spooky.

The trailer reveals a cornucopia of very cool creature effects (the pumpkin in the first few seconds is worth a second or third look), giving The House With a Clock in it Walls more of a Tim Burton/Guillermo del Toro feel. With the Amblin imprimatur, you can be sure the film is told from the perspective of a child, in this case, little Lewis Barnavelt (Owen Vaccaro), a young orphan who finds himself playing sidekick (and then a lot more) to his bizarre, magical uncle Johnathan (Jack Black) in the aforementioned, super creepy house (with a clock in its walls!).

The production design, the attention to detail with the various creepy crawlers (including dolls—why are dolls so scary?) and the stellar cast, which, along with Black, Blanchett and Vaccaro includes Twin Peaks’ Kyle MacLachlan, Clue’s Colleen Camp, and Hamilton’s Renée Elise Goldsberry is impressive. Roth has a feel for gross-out, ghoulish horror, who’s to say he won’t be equally at home with chills and thrills less murderous and more supernatural? Our interest is piqued.

In the tradition of Amblin classics where fantastical events occur in the most unexpected places, Jack Black and two-time Academy Award® winner Cate Blanchett star in The House with a Clock in Its Walls, from Amblin Entertainment. The magical adventure tells the spine-tingling tale of 10-year-old Lewis (Owen Vaccaro) who goes to live with his uncle in a creaky old house with a mysterious tick-tocking heart. But his new town’s sleepy façade jolts to life with a secret world of warlocks and witches when Lewis accidentally awakens the dead.

The House With a Clock in Its Walls opens September 21.

Featured image: Cate Blanchett, Owen Vaccaro, and Jack Black in ‘The House With a Clock in its Walls.’ Courtesy Amblin/Universal Pictures.

TAGSThe House with a Clock in Its Walls Universal Pictures