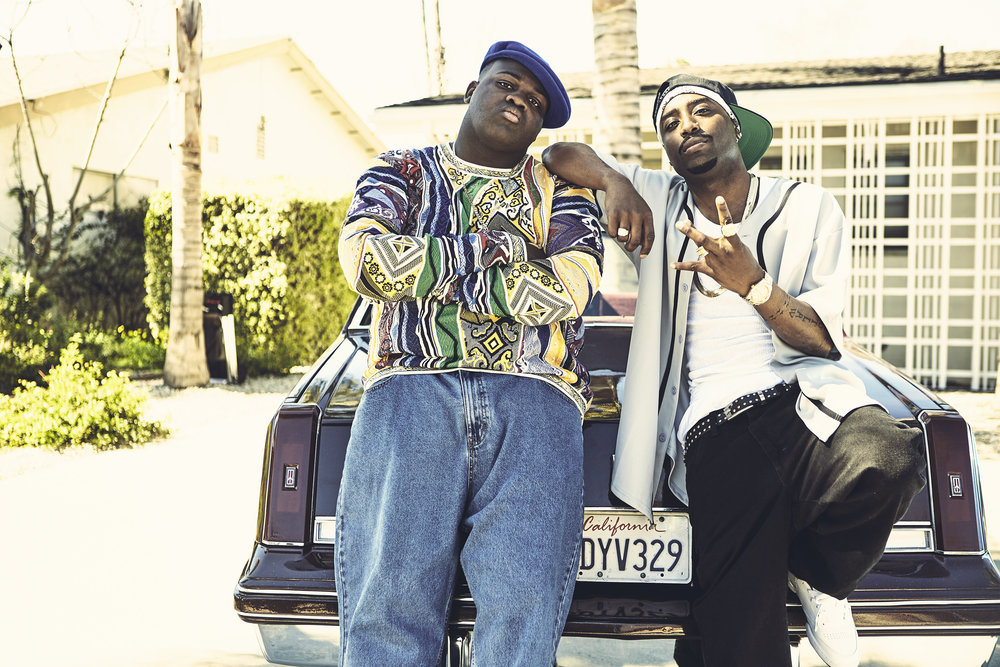 Though he’s no longer a detective, Greg Kading continues to deal with his 2006 investigation, when he led a task force charged with figuring out who killed Tupac Shakur and Christopher “Biggie Smalls” Wallace. Now retired from the Los Angeles Police Department, Kading co-executive produces USA Network’s limited series Unsolved: The Murders of Tupac and Notorious B.I.G. (Tuesdays starting Feb. 27). Based on his self-published book “Murder Rap: The Untold Story of the Biggie Smalls & Tupac Shakur Murder,” the 10-part show interweaves the early friendship between Shakur (Marcc Rose) and Biggie Smalls (Wavvy Jones); the feud that led to their murders in 1996 and 1997; the original investigation conducted by obsessive L.A.P.D. cop Russell Poole (Jimmi Simpson of Westworld); and Detective Kading’s quest to find justice for the rappers’ grieving families a decade after the fact.

Unsolved hints that some cops initially reacted in lackadaisical fashion to the murders, but Kading rejects any suggestion that LAPD suffered from institutional racism. “It’s television so you want to build conflict in your scenes in order to tell a good story. And sure, back in 1997 when Biggie was killed, the city was overwhelmed with gang violence and rap lyrics like ‘F*** the police’ were out there, so there was a certain animosity between the police department and gangs. But several of my partners in the investigation were African American and none of the investigators I worked with had even a twinge of negative racial perspective, at all.”

Instead, as Unsolved demonstrates time and again, detectives were stymied by an impenetrable code of silence. “People associated with Biggie Smalls took this ‘We don’t snitch’ attitude,'” he says. “When those are your only witnesses, it becomes very frustrating. You’ve got people like Suge Knight and various gang members telling you they got nothing to say, even though they know exactly what happened.”

Unsolved sheds light on Shakur’s friendship with Biggie Smalls before they got entangled in an east coast-west coast feud between Sean Combs’ Bad Boy Records in New York with Suge Knight’s L.A.-based Death Row Records. Kading believes the hip hop artists’ initial bond made the subsequent rupture all the more toxic. “The fact that Tupac and Biggie used to be friends actually exacerbated their bitterness because they felt betrayed by someone they really cared about.” The hip hop artists’ entourages exacerbated the ill will, Kading believes. “Tupac and Biggie had the worst people whispering in their ears, fueling the feud for their own gain. What you had was couple of impressionable young guys with horrible influences around them and that led to their demise.”

The producers and show creator Kyle Long took pains to nail the factual details whenever possible. Working from reference photos, they built an exact replica of Kading’s office complete with hundreds of informational binders. They also re-enacted Shakur’s murder at the exact intersection in Las Vegas where the fatal drive-by shooting occurred. Kading says, “Details are really important when you make a show like this. So many elements of the story are well known to fans of Tupac and Biggie that we wouldn’t be able to get away with it if we start screwing around with the facts.”

Unsolved dramatizes the challenged faced by Kading (portrayed in the series by Josh Duhamel) as he and his team tried to gather fresh evidence on crimes that occurred a decade earlier. Kading says, “By the time I came on board, so much contamination had occurred, so much chatter and noise had gotten into the case, it was really hard to figure out what was really going on.”

The task force failed to produce indictments and Kading took the setback personally. Flying with his wife to Pennsylvania, he sat down with Biggie Smalls’ mother Voletta in her living room and broke the news: nobody would be charged with her son’s murder. He recalls “If I could narrow my main drive on this case down to one thing, my priority was always about giving these families the closure they deserved. It was heartbreaking, because when you clear away all the smoke, you realize all of this could have been avoided if it weren’t for egos and the breakdown in communication between people.”

TAGSProducer Profile Unsolved: The Murders of Tupac and Notorious B.I.G