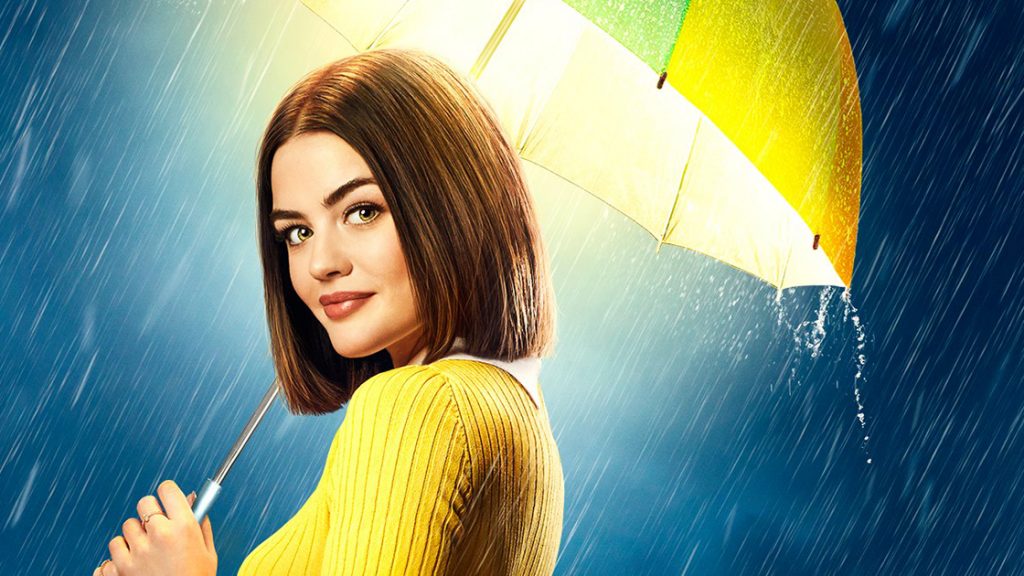 Time seems to go by too fast. You rush to work, cram in family events at night and meet friends on the weekend. Suddenly weeks, months and years fly by. What we often forget is that life is also long. Much longer that Stella expected on new CW dramedy Life Sentence.

Lucy Hale plays a cancer patient who believes she has months left to live, only to find out she’s been cured. What remains is years of secrets her family hid from her. The plot may sound morbid, but the show is ridiculously charming and a surprisingly uplifting. The tone is difficult to balance, but the score threads the range of emotions with levity. Husband and wife composing duo WAZ-JACKSON write the show’s music including the brand new theme song. Waz and Jamie Jackson turn an ending into a beginning and set the tone for a delightful new series that already has us hooked.

We’re just getting into Life Sentence. What will we see in the first season?

Waz: As you know, Lucy Hale’s character is Stella on the show. Very early on in the first episode, you find out that she’s been dealing with cancer for eight years and thought she was going to die. Come to find that she’s cured and what unfolds after this is you see this loving and supportive family and friends. Turns out that everyone has been comforting her with white lies to make her feel better and not weigh her down while she was sick. So all these things come out about her family. After you thought you weren’t going to live anymore and how to move on from that and everyone around you, who was also expecting you to go, how they treated you. There are comedic moments and there are just heartbreaking moments. You have a really nice balance.

Jamie: She doesn’t think she’s going to live, so she makes certain decisions in her life. For instance she gets married and now she’s living with those decisions. She wasn’t expecting them to last very long but they’re here and now she’s living in it. It’s the aftermath of it, how she deals with all this. The character is a really positive character and she has a great outlook on things.

How did you decide to approach this story to ensure it wasn’t too heavy?

Waz: I think the biggest take away is you have to approach each scene as it comes. It’s guitar driven, but there are tender moments with piano and that helps with the vulnerability of those moments. And then the comedic moments, we have orchestral pizzicato pieces that equally service that tone. The underlying theme throughout is the acoustic guitar. As approaching it, each scene is a life experience and you write music to fit that.

The song selections really compliment your score and the combined sound is so fresh.

Jamie: The music is just amazing. You’ll be introduced to some artists you’ve never heard of that are incredible. We also did a theme song for the show with two artists, we wrote with this modern folk artist named Jamie Drake and she sings on it. It was really great to actually write a theme song because there are not many theme songs with lyrics out there anymore.

This story picks up where many stories involving cancer diagnoses end. How did you pick up from there?

Jamie: As you move through the series, it’s more dimensional so you learn a lot more and a lot comes out. But the skeleton of what they’re facing is really established in the pilot, it starts off like the end of a cancer movie. The dynamic is really laid out in that pilot. You get to meet each of the characters, but as the series continues it just goes deeper and deeper.

Waz: Enough of what each character development will be going on is laid out in the first episode. You get a good understanding of the flaws and the choices and things that they have made from their past, through the last eight years that will then fuel the rest of the series.

Jamie: There are a lot of twist and turns throughout the series.

Did you create themes for the characters that recur throughout the series?

Jamie: I think that some of the themes come from situations. There will be a couple of issues that they’re dealing with for certain characters in an episode. We have different genres in the score so there are warm, nostalgic guitar pieces that support the hope and the positivity, but also the pain that they experience too. A lot of times we’ll bring in an ethereal piano piece that touches on the tender moments, like between the relationships between the mom and daughter and dad and daughter. Those moments are very vulnerable. You see how it affected the parents when they were going through that. And then there are these funny situations between mother in-law and father in-law types. Those comedic moment that we’ve all experienced that are awkward and funny. We’ll support those situations with the pizzicato pieces which are the plucky comedic percussive pieces. It is really more from episode to episode depending on what the situation is. That’s how we tackle it.

How do you deal with composing music for an episode when you don’t really know how it will play out the rest of the season?

Waz: We’re almost finished with the season now. We have one episode left to work on and I think what has happened organically is when you’re getting ready to work on a show, you have ideas of themes for certain characters but then things evolve. We’re not in the writers’ room. We don’t know what’s happening week-to-week and episode-to-episode until we are actually in it. And then we found certain sounds, certain guitar lines, and certain piano flavors work consistently for certain characters, whether they’re adjusting their character flaws or something about their character.

Jamie: When you’re working on a film, you know from start to finish what’s going to happen. We don’t know that, we get the script when we’re well into the series but you think back and you go, “Oh yeah remember that moment that Stella and Wes shared in episode 2.” Here they are again in episode 8. Let’s do a variation of that piece for this moment. That’s why it’s so important when you’re developing the sound of the show that it’s right. If it is right, it should work thematically throughout the whole series.

Life Sentence airs Wednesdays at 9|8c on the CW.