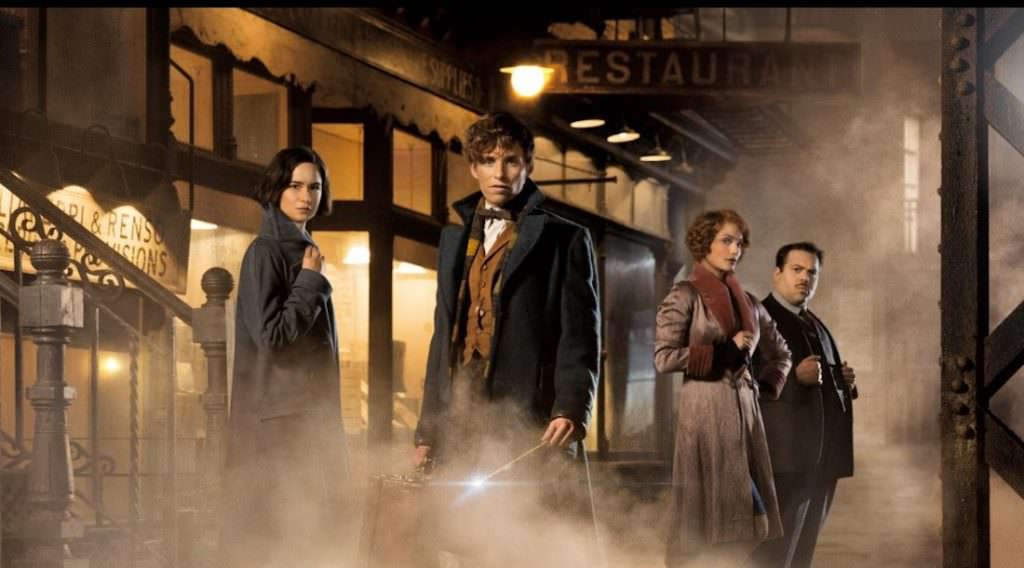 Watch How They Made the Thunderbird, Obscurus & More in This Fantastic Beasts VFX Breakdown

It takes a small army (or sometimes a middle-sized one) to make a film like Fantastic Beasts and Where to Find Them. When you have a wizard losing a briefcase full of magical creatures in Jazz age New York City, you’re going to need a really good visual effects company. Thankfully for Warner Bros., director David Yates and his screenwriter J.K. Rowling (the original creator of the entire Wizarding world, of course) they had Double Negative Visual Effects.  With a team of 2,500 people across the globe, Double Negative has helped shape some of the most visually compelling films of the century, nabbing Oscars for their work on Christopher Nolan’s Inception and Interstellar and Alex Garland’s Ex Machina. More recently, their work on Nolan’s Dunkirk and Denis Villeneuve’s Blade Runner 2049 has garnered awards, with 2049 nabbing an Oscar nomination for visual effects.

Now they’ve taken us behind-the-scenes of their work on Fantastic Beasts and Where to Find Them with a new VFX breakdown. In it, which we’ve embedded below, you’ll see how they turned back the clock to 1920s New York, created the majestic, massive Thunderbird, and conjured Ezra Miller’s monstrous Obscurus—and much more.

The breakdown also gives you a nice example of how seamlessly practical and visual effects work together. While there can be no Fantastic Beasts without the wizards working at shops like Double Negative, there’s also the crucial magic created by the stunt and special effects teams on the ground during production. The marriage between VFX, special effects and practical effects is what makes a movie like Fantastic Beasts such a marvel. It takes more than just a computer to make a cloud of sentient menace like the Obscurus feel real—as it knocks over actual cars and sends real debris flying, that’s thanks to the real, “in-camera” stunts being pulled off during the shoot.

Check out the Fantastic Beasts VFX breakdown below:

Fantastic Beasts and Where To Find Them | VFX Breakdown | DNEG from dneg on Vimeo.

TAGSFantastic Beasts and Where to Find Them Warner Bros.