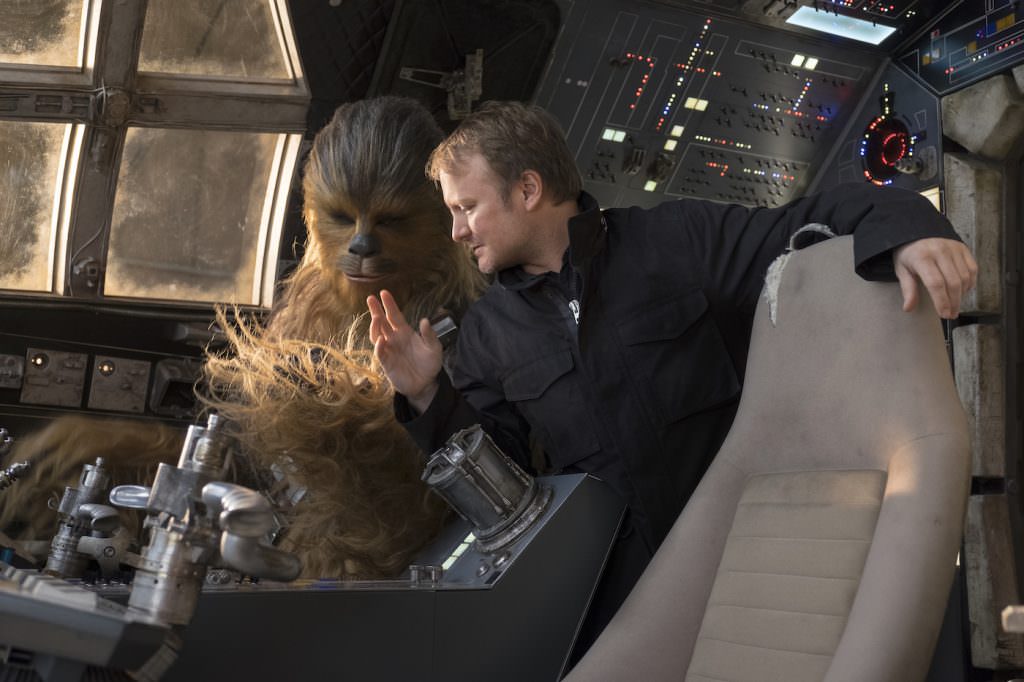 Talk about your deep dives. Star Wars: The Last Jedi writer/director Rian Johnson sat down with Collider in an epic, 70-minute video Q&A and answered nearly every conceivable question you might have. The Q&A followed a Last Jedi IMAX screening, and Johnson answered both Collider’s in-depth questions about everything from the writing process to deleted scenes, but also a bunch of fan questions. He then took a slew of selfies and signed a bunch of autographs because he’s really just that nice.

The questions included would Johnson have tweaked anything in The Force Awakens if he could have? How did watching The Force Awakens dailies help inform his Last Jedi writing process? Speaking of the writing process, Johnson discusses what it was like to pitch his story ideas to Lucasfilm. He goes into detail about the incredible Snoke Throne Room sequence, as well as discussing Kylo Ren’s mindset throughout that game-changing scene. Where did the other students in Ben Solo’s Jedi training go after he burned down the Jedi Temple? What was the inspiration for “Broom Boy,” and the notion that everyone has the capacity to become the next Rey. If he could go back in time, what would he tell himself as he began this process? Also, Johnson says there are still Easter eggs in the film people haven’t found.

The above is but a taste of all the avenues that Johnson willingly explores, dishing a ton about his creative process, his feelings both during and after the shoot, and the madness (and joy) of getting to add to the most iconic film franchise in history. For Star Wars fans, this video is a must-watch. For film fans, it offers great insight into the thousands of decisions that go into making a movie, especially one that will be as scrutinized as this.

Looks like we’re going to have to go find those remaining Easter eggs. A little help?