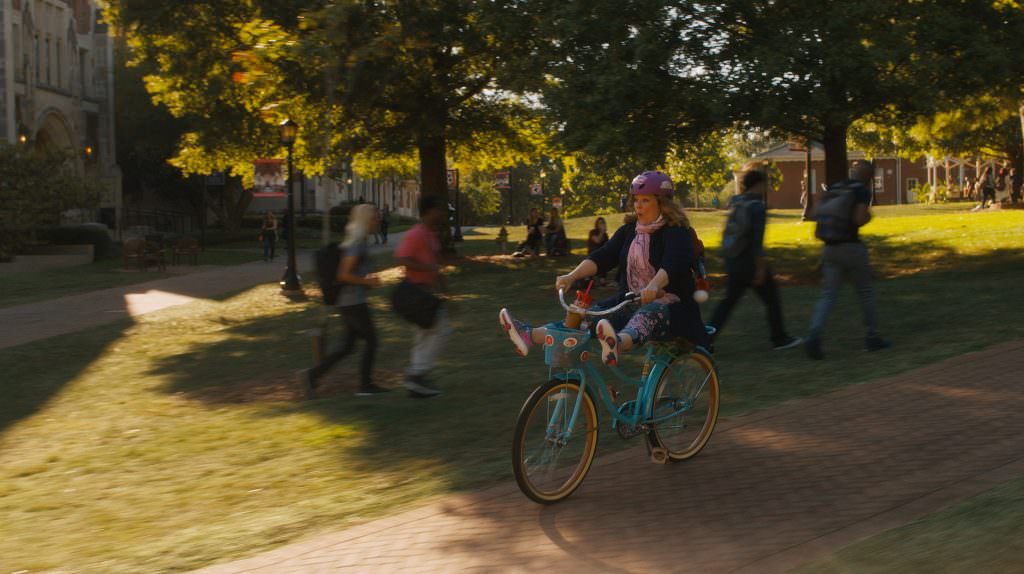 Melissa McCarthy Runs the Campus in Life of the Party

College would have been a whole lot better if Melissa McCarthy had been there. “Dee Rock” (McCarthy) is the funniest student on campus in the first Life of the Party trailer. She’s hip, wise, and totally outrageous. If your mom is going to follow you to your coed parties, she’s the mom you would want to have.

McCarthy and her husband, Ben Falcone, have teamed up to mine McCarthy’s golden comedic timing once again. The situational based comedy duo focus their eyes on a back-to-school second act premise. “Dee Rock” is the reincarnation of Deanna who just sent her daughter off to college. After initiating an acrimonious divorce, she reevaluates her life and decides to reenroll in class. She doesn’t just show up for the studying. She goes all in on the college experience.

Most kids would refuse to allow their mom on campus, but Deanna’s daughter embraces the change. If her mom is going back to college, she’s going to look good doing it. After giving her mom a makeover, she must cope with Deanna’s new-found popularity.

Few trailers are laugh out loud funny, but Life of the Party is a howler. From the difference in hygiene standards among generations to bringing back old slang, McCarthy nails all the jokes. McCarthy is going to live it up and we are here for it.

McCarthy and Falcone have previously collaborated on Tammy and The Boss, so we have high hopes for their latest project. Life of the Party hits theaters just in time for Mother’s Day weekend. Although there are a lot of laughs up front, we expect some touching family dynamics. This could end in a real heart warmer, or just have a lot of frat party jokes. Either is fine.

Life of the Party opens May 11.