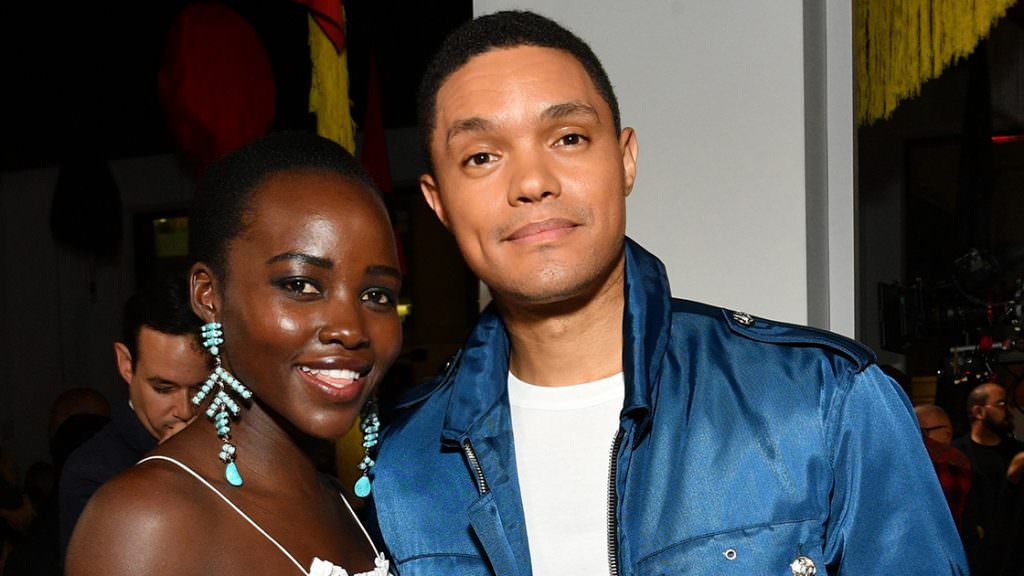 Seeing performers we love fawn over other performers we love is a particular treat. We delighted in this hysterical piece by Elle‘s terrifically funny Eric Thomas about the insane chemistry between Black Panther‘s Lupita Nyong’o and Michael B. Jordan. Turns out, we are being treated to another glorious game-respects-game moment with Nyong’o, this time in a mind blowing combination which shows two talented individuals expressing their admiration for each other, but are even going to work together. Deadline reports that Nyong’o will produce and act in the movie adaptation of Trevor Noah’s memoir, Born a Crime.

Nyong’o posted the news to her Instagram along with a picture of the two together. Nyong’o captioned the pic with high praise for Noah’s writing.

“When I read @TrevorNoah’s ‘Born a Crime,’ I could not put the book down,” Nyong’o said. “Excited to announce that I will be starring in and producing its feature film adaptation! #BornACrime.”

When I read @TrevorNoah’s “Born A Crime,” I could not put the book down. Excited to announce that I will be starring in and producing its feature film adaptation! #BornACrime

Nyong’o will play Noah’s mother. The book’s title refers to Noah being born to a black mother and white father, which was illegal during South Africa’s apartheid. Noah opened up to Jerry Seinfeld on Comedians in Cars Getting Coffee about having to pretend that his mother was his nanny when they were together in the city.

The Daily Show host is foremost thought of as a comedian, but as he often proves on his show, he’s also a historian and anthropologist. Noah uses humor to combat some of the most difficult social and political issues. He’s had some very harrowing experiences, however, surviving not only the apartheid, but also domestic abuse. Noah’s mother survived after being shot in the head by his stepfather, a tragedy that will likely be included in the adaptation.

Born a Crime was a bestseller for 26 weeks and won the James Thurber Prize for American Humor and two NAACP Image Awards. We’ll be keeping an eye on other casting updates and a release date for the film.