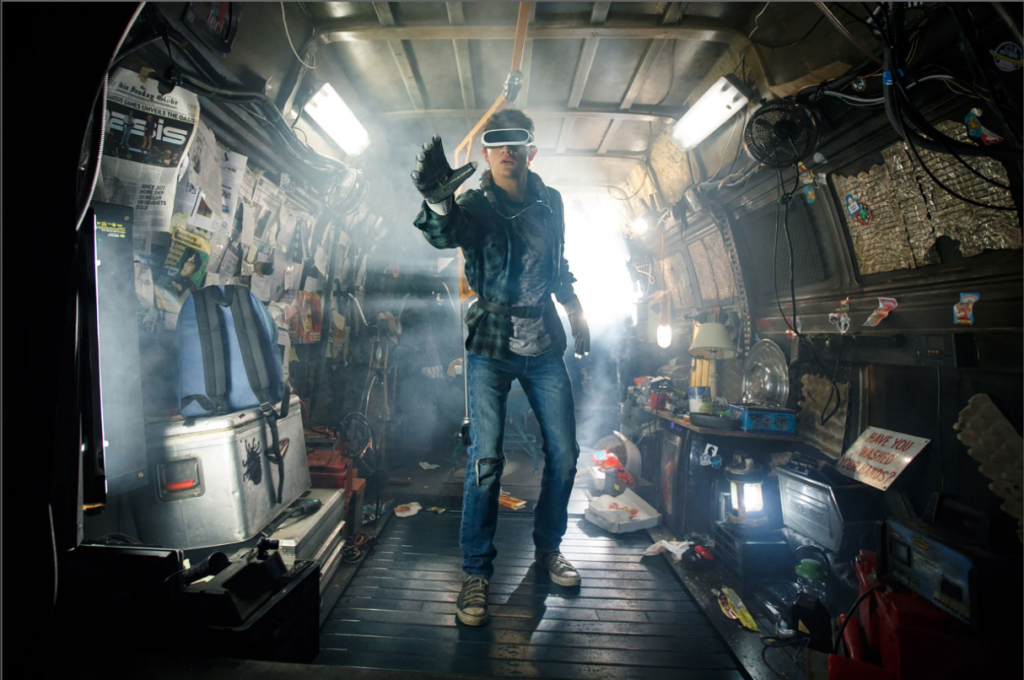 Steven Spielberg’s Ready Player One has a brand new trailer, ingeniously set to a cover of “Pure Imagination,” the iconic song from 1971’s Willy Wonka and the Chocolate Factory. Spielberg’s film, adapted by Zak Penn from Ernest Cline’s blockbuster novel, follows Wade Watts (X-Men‘s Tye Sheridan), a bored teenager who, like millions of other kids, finds purpose in the virtual world of the OASIS, where the only limit to who you can be and what you can do is what you can imagine. Yet the OASIS is about to be co-opted by Innovative Online Industries (IOI), a nefarious company led by Nolan Sorrento (the always excellent Ben Mendelsohn), that wants to control and monetize the vast virtual realm. So an unlikely hero meets his ruthless nemesis and the game begins in Ready Player One.

Joining Sheridan and Mendelsohn are Olivia Cooke, T.J. Miller, Simon Pegg, and Spielberg favorite Mark Rylance. Set in 2045, Wade Watts lives in Columbus, Ohio, a teaming dump that speaks to the larger, macro-level chaos engulfing the world. The Oasis was created by James Halliday (Rylance), and it becomes the setting for the ultimate Easter egg hunt once Halliday dies—whoever can find the Easter egg he’s hidden in the Oasis will inherit his immense fortune. This sets off a global treasure hunt, with Watts plunging into the contest and finding himself smack dab in the center an uprising once Sorrento and Innovative Online Industries make their presence felt. Soon what happens in the Oasis is no longer purely virtual, and the stakes become life or death.

The trailer shows Spielberg’s trademark facility with crafting epics that are experienced through the eyes, and from the vantage point, of youngsters. Cline’s novel is famous for, among other things, being saturated with cultural ephemera from the 1980s, which are glimpsed in this trailer, as well as our previous looks at the film. Part teenage rebellion story, part fantasy epic, and all Spielberg, Ready Player One remains an intriguing entity, one we’re eager to see when it bows on March 29.