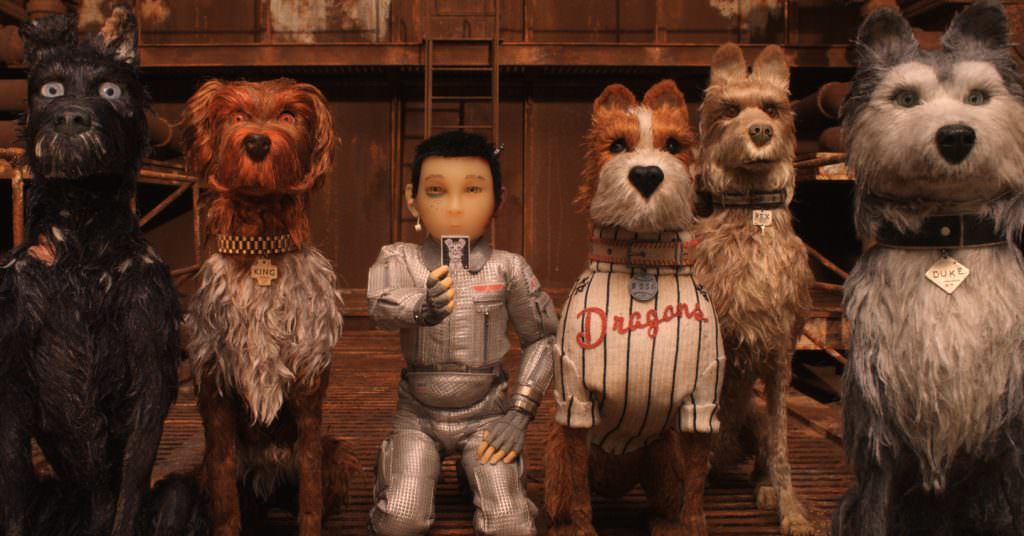 On Sunday evening an audience of a couple hundred people, almost all of whom appeared to be under thirty, filed into an auditorium at Berlin’s Hebbel am Ufer. It was the third day of the Berlinale, but the crowd wasn’t here for a premiere or a Sundance leftover (the big complaint at this year’s festival), but to hear a talk given by the lead storyboard artist from the Berlinale’s opener, Wes Anderson’s stop-motion animation feature Isle of Dogs.

Jay Clarke, an affable Brit who does not look more than a few years older than his audience, was being interviewed as part of Talents, a Berlinale program that tries to foster connections among the festival’s up-and-coming filmmakers and to give below-the-line makers, like Clarke, a platform, concurrent with the big-name screenings and awards ceremonies. Clarke, a trained animator and self-taught storyboard artist, confirmed himself as a quintessential presenter for this kind of casual meeting of the minds, when he overheated mid-talk and pulled off his “official Isle of Dogs crew sweatshirt,” emblazoned with Japanese symbols from one of the movie’s scenes, to laughs and a round of applause.

“In England, storyboarding isn’t a profession that’s really taught, so you have to learn on the draw, a little bit,” he said, neither he nor his pan-European audience taking notice of the incidental pun. Inspired by a magazine article on the animator Nick Park, a college-aged Clarke found out what university he attended (the UK’s National Film and Television School), did the same, and won a third-year grant for a short film he’d written. “They awarded a bursary, 500 pounds…I don’t know where the 500 pounds went, nobody ever sees it. But I luckily I made that contact.” Clarke wound up joining the art department for Park’s much-beloved stop-motion show Wallace and Gromit, and “at the time, there was no real storyboard department, they were using Dreamworks storyboarders…I did keep pushing for storyboarding experience, did a few commercials, and was lucky enough to get on the Shaun the Sheep [a spin-off from Wallace and Gromit] series.”

Wes Anderson tapped him as the lead storyboard artist for 2014’s Grand Budapest Hotel. “I think [Wes] had been looking for storyboarders who had animation experience. I think perhaps in live action, some storyboarders are more focused on special effects and action sequences. Those of you who’ve seen the film, I’m sure you know, there’s very subtle acting going on” — the fanciful epic, set in a fictional grand European winter resort between its heyday and its fade from glory, leaned on the use of models and a minor amount of stop-motion technique.

The fully stop-motion animated Isle of Dogs was Clarke’s second film with Anderson. Set in a dystopian near-future Japan, bellicose Mayor Kobayashi (Kunichi Nomura) hatches a plan to deport Megasaki City’s canines, who have been mysteriously, collectively taken ill by “canine flu.” They are dropped one by one via helicopter on a trash-filled island, the Wes Anderson-ly named Trash Island. The mayor’s plot to have the dogs eradicated is thwarted by his orphan ward Atari, a 12-year-old boy whom the abandoned dogs deem “the Little Pilot” and decide not to eat, after he crash lands in their prison in search of his beloved bodyguard mutt, Spots (Liev Schreiber). It should be noted here that Isle of Dogs’ canines (voiced by Bryan Cranston, Bill Murray and Edward Norton, among others) converse in English and the humans, save for a plucky exchange student (Greta Gerwig), speak Japanese. Like the dogs, the Berlinale’s audience can’t understand them, but the important points get through the barrier.

Between erudite doggie banter, impassioned student activism, and the cute new friendship that slowly warms between Atari and Chief (as it goes with Anderson, when no time is ever a bad time for a fussy hygiene installation, with canine comrades being dragged through a trash compactor and robotic soldier dogs on their way to wreak havoc and destruction, the intractable stray is given his first-ever bath), the film’s narrative also touches on: the fragility of democracy, pharmaceutical industry evils, environmentalism, sentient robots, and if you are taking a particularly dark view of the sentient robots’ intent, genocide.

For Clarke, however, the starting point for his storyboarding process was Anderson’s collection of visual influences. These ranged from Akira Kurosawa films to Citizen Kane. “I think early on [Wes] said, ‘maybe the storyboards could look a little like woodblock Japanese prints, if you could get that sense into it.’ So I went to the Victoria and Albert Museum, who have a collection.” He was pleased that an early review had discerned his references for Nutmeg, a particularly pretty puppy prisoner voiced by Scarlett Johansson, whose looks evoked a canine spiritual descendent of both Marlene Dietrich and Lauren Bacall.

Kanagawa waves and early Hollywood glamour aside, because storyboards come before anything except the director’s thumbnails, they’re typically quite simple (“you wouldn’t want to spend a lot of time designing a character and then that character’s out of the story”). What’s inconceivable without seeing the two visuals progressing juxtaposed through a single scene, which Clarke showed for his note-taking audience, is how closely the storyboard hews to the finished film, or vice versa. Anderson also had the storyboarders work atypically chronologically: “The first day was the first shot, and the last day was pretty much the last sequence. It was quite a fun way of doing it,” Clarke said, “and also quite daunting.” The audience seemed to understand this apprehension; love it or leave it, Anderson has one of the most precise aesthetics in the business. “Even though Trash Island is nowhere you’d want to go on holiday, that was the intriguing thing with this project,” Clarke put it: “You have to make such a horrible place somehow be appealing, look nice, even atmospheric.”