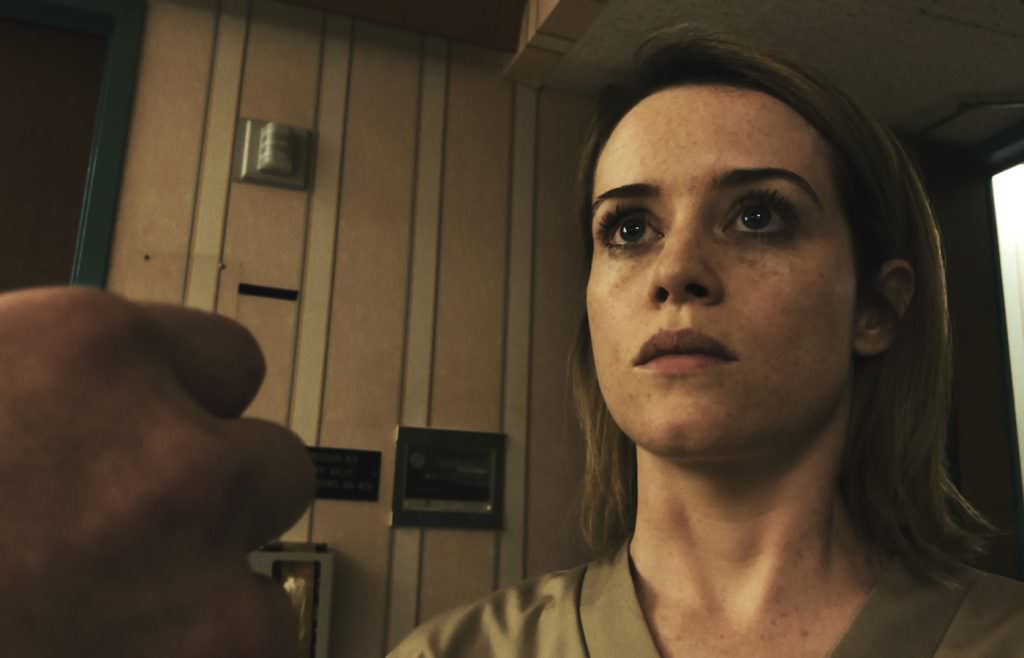 Berlinale 2018: All the American Entries to the Competition

The 68th Berlinale is halfway over, and thus far, the international entrants to the competition section have been a mixed bag. Alexey German Jr.’s Dovlatov presents 1971 Leningrad in a lovely cream-toned filter and somehow makes Soviet literary luminaries Joseph Brodsky and Sergei Dovlatov seem shallow, for a half-hour too long. Audiences aren’t really buying Isabelle Huppert as a high-class prostitute in Eva, from Benoit Jacquot. The German refugees in the muted near-future European conflict of Christian Petzold’s Transit just can’t seem to do a single thing that would make sense to anyone really running for his or her life, and a redundant, inescapable voice-over does nothing to clarify their actions, or lack thereof. The 173 minute epic My Brother’s Name is Robert and He Is An Idiot, from Philip Gröning, actually saw journalists booing (the ones who didn’t walk out). And Berlinale audiences are hardly those of Cannes.

Notable exceptions to the malaise have been the beautiful, very human Daughter of Mine, set in a Sardinian backwater, from Italian director Laura Bispuri, and German director Emily Atef’s competent, black-and-white portrait of a brief spell toward the end of Romy Schneider’s life, Three Days in Quiberon. Stay tuned; we’ll be discussing these two later in the week, along with other excellent entries from the festival’s women directors, who seem to be the bearers of this year’s best submissions. For now, here’s a rundown on the U.S. competition entrants:

A repeat from last month’s Sundance, this wonky Western from Nathan and David Zellner stars Robert Pattinson as Samuel Alabaster, a lovesick greenhorn off to find his allegedly kidnapped fiancée, Penelope (Mia Wasikowska). Curiously, he sets out to free her with only his wedding gift, a goofy miniature pony named Butterscotch, and an appointed wedding officiator and drunk, reluctant accomplice, Parson Henry (David Zellner). The lack of law enforcement is made clear when he finds the cabin containing Penelope, Parson Henry shoots her abductor, and the young lady is far more enraged than grateful. Poor Parson Henry, whose presence is a running gag — he opens the film, attempting to make a “fresh start,” a claim oft-repeated, to no avail. The preacher impostor just wants a tipple; instead, he is wrapped in dynamite and taken for a (literal) ride by Penelope. Wasikowska plays one tough cookie, made clear in both the dialogue she’s given and her actions, and Pattinson is a convincing conveyor of a particularly moronic brand of toxic masculinity.

Speaking of toxic masculinity, it’s on steroids in this horrifying Steven Soderbergh thriller. The film’s lead is a major new role for its star, Claire Foy, who is best known to American audiences as the young Queen Elizabeth II on Netflix’s The Crown. Involuntary commitment to a bleak mental health facility off the I-90 somewhere in Pennsylvania is quite the change in venue, and Foy, as heroine Sawyer Valentini, offers a hypnotizing portrayal of a young woman battling both the aforementioned toxic masculinity and a perversely deplorable outcome of the machinations of the American health care system. There aren’t many ways to express the shocking nature of the plot, from screenwriters Jonathan Bernstein and James Greer, without spoilers, but suffice it to say that Unsane does a masterful job of showing how horrendously low a situation can go when a woman’s sanity is repeatedly doubted. Sawyer, who has moved to a new city to escape a stalker, winds up committed against her will thanks to a therapy session gone horribly wrong (and, as she later learns, from what amounts to an insurance scam). Once inside and unable to leave, she believes her stalker (Joshua Leonard), has joined the staff as a night nurse. Never a dull moment with Soderbergh, it gets worse from there.

An out-of-competition entrant from José Padilha, who won the Golden Bear at the Berlinale in 2008 for Elite Squad, 7 Days in Entebbe revisits the 1976 hijacking of an Air France flight en route from Tel Aviv to Paris. Having taken control of the flight after a stopover in Greece, the hijackers, Arab members of the the Popular Front for the Liberation of Palestine and German extremists from the group Revolutionary Cells, re-route the plane to Entebbe, Uganda, with the blessing (more or less) of the Ugandan president, Idi Amin (Nonso Anozie, whom we wish we’d seen more of). They keep their 248 hostages in an abandoned terminal for the next week, slowly letting only non-Israelis leave, while demanding the release of 40 jailed Palestinian terrorists. Engrossing and at times necessarily uncomfortable, Padilha’s version of the story focuses particularly on two pairs of characters and their respective internal issues: the German hijackers, Wilfried Böse (Daniel Brühl) and Brigitte Kuhlmann (Rosamund Pike), and Israeli Prime Minister Yitzhak Rabin (Lior Ashkenazi) and his defense secretary, Shimon Peres (Eddie Marsan). For both pairs, their problems are political.

Böse and Kuhlmann find themselves in the apparently surprise position of being potential killers of numerous Jewish passengers and all that that entails, like never being able to go home again, should the two even make it out alive. Böse claims he’s just an “idealist;” Kuhlmann makes a regretful and not altogether lucid phone call to a fictional boyfriend back home, on a broken payphone in the other terminal. In this portrayal, they both seem oddly clueless. Rabin and Peres enter a tense back-and-forth as to whether they should negotiate (Rabin’s position) or come up with a military intervention (Peres’s preference, which ultimately won out in real life, leading to the famously successful Operation Thunderbolt).

The film elides over real-life Kuhlmann’s more odious tendencies — she allegedly pistol-whipped hostages while still on the airplane; in this version of events, she lets a little girl go to the bathroom — and the final scenes, a high-energy cut alternating between the tension of the raid and the controlled freneticism of an Israeli soldier’s girlfriend’s Pina Bausch-style dance performance, won’t be everyone’s cup of tea (although it worked for us). The film could have used more Idi Amin; he was a monster of a leader, to be certain, but a fascinating madman, and he visited the Air France hostages almost daily, even if he didn’t do much to help them. Finally, Dennis Menochet, playing the Air France flight engineer, deserves a nod as one of the most unexpectedly thoughtful, complex characters in this version of the story.

Don’t Worry, He Won’t Get Far On Foot

Another out-of-competition entry based on a true story, Gus Van Sant’s biopic draws from the memoirs of cartoonist John Callahan. Callahan, a sunset-locked party dude house painter, becomes a quadriplegic after a raucous night out with Dexter (Jack Black) ends with a drunken car wreck. Joaquin Phoenix is an alternately raging, tender, and vulnerable Callahan, whose story we come to understand through a series of flashbacks, some very much not PC, and for whom the present is focused on getting sober and slowly launching a career as a cartoonist. The cast is great: in an unexpected role, Jonah Hill plays Donny, Callahan’s AA sponsor and gay life coach, while Rooney Mara is his slightly confusing, dreamy Swedish therapist-turned-girlfriend. Occasionally meandering, Don’t Worry, He Won’t Get Far on Foot is ultimately meant to be uplifting, which it is, even despite Callahan’s very low lows combined with all the 1970s-style skirt-chasing.