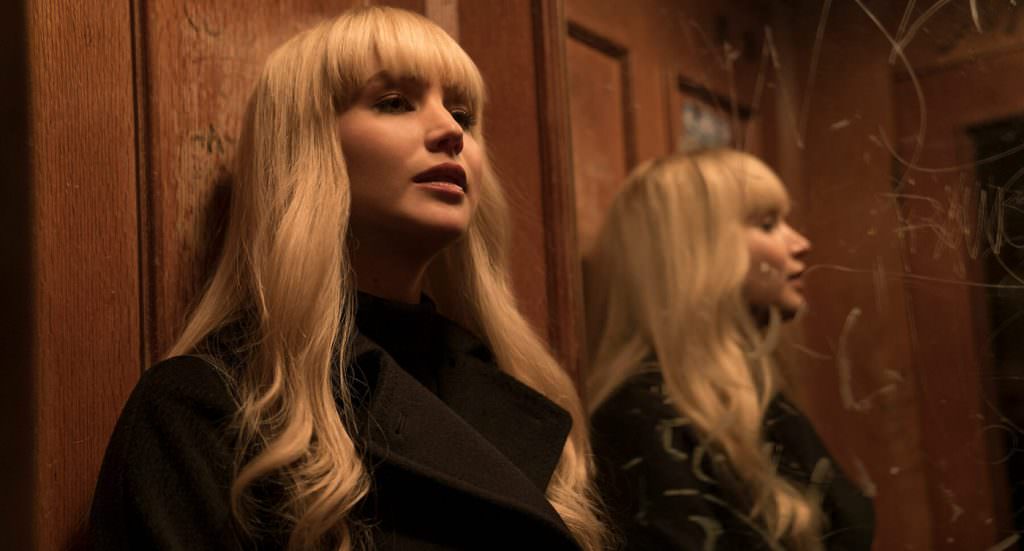 The last time we got a look at Red Sparrow, director Francis Lawrence’s thriller about a brilliant Russian ballerina (Jennifer Lawrence) recruited into Russian intelligence through their ‘Sparrow School,’ we were marveling at how Lawrence dominated the teaser without saying a word. The director and star don’t just share a last name—they have a long history together, working on three of the four Hunger Games films—which probably goes some way to explaining why The Red Sparrow’s teaser was so effective, without much in the way of dialogue.

Now we have the proper trailer, and Lawrence’s Russian-inflected words are the first things we hear. “I was told to take a man to a hotel,” she says in voiceover, “they said he was an enemy of the state…and in exchange, my mother would get the doctor that she needed…instead they cut his throat.”

There’s your set up—Lawrence’s ballerina, Dominika Egorova, is now a witness to a state sanctioned murder, so now her only chance for survival, for both her and her mother, is to join the “Sparrow School,” where she will be turned into a weapon in “a global struggle for power.” Trained in psychological manipulation, among other dark arts, Lawrence’s dancer is promised this: “When we’re finished with you, the person you were will no longer exist.”

The film is written by Justin Haythe, adapted from Jason Matthews novel, and boasts a stellar cast including Charlotte Rampling, Joel Edgerton, Mary-Louise Parker, Ciarán Hinds, Jeremy Irons and Matthias Schoenaerts. Part Black Swan, part Daniel Craig era James Bond, The Red Sparrow has the potential to be the kind of old school thriller that scores points for both style and substance, with Lawrence’s killer ballerina caught in the middle of a dangerous game between powerful forces. She is eventually set on Edgerton’s American CIA agent, Nathaniel Nash. Their relationship forms the dark heart of the film. Will they form a partnership? Or, are they playing each other in a dangerous game where only one of them can survive? Edgerton’s Nash tells her of her Russian masters, “They’ll never let you go.” Her response? “I’ll find a way.”

Somehow we believe her.

Here’s the official synopsis from Fox:

Dominika Egorova is many things. A devoted daughter determined to protect her mother at all costs. A prima ballerina whose ferocity has pushed her body and mind to the absolute limit. A master of seductive and manipulative combat.

When she suffers a career-ending injury, Dominika and her mother are facing a bleak and uncertain future. That is why she finds herself manipulated into becoming the newest recruit for Sparrow School, a secret intelligence service that trains exceptional young people like her to use their bodies and minds as weapons. After enduring the perverse and sadistic training process, she emerges as the most dangerous Sparrow the program has ever produced. Dominika must now reconcile the person she was with the power she now commands, with her own life and everyone she cares about at risk, including an American CIA agent who tries to convince her he is the only person she can trust.