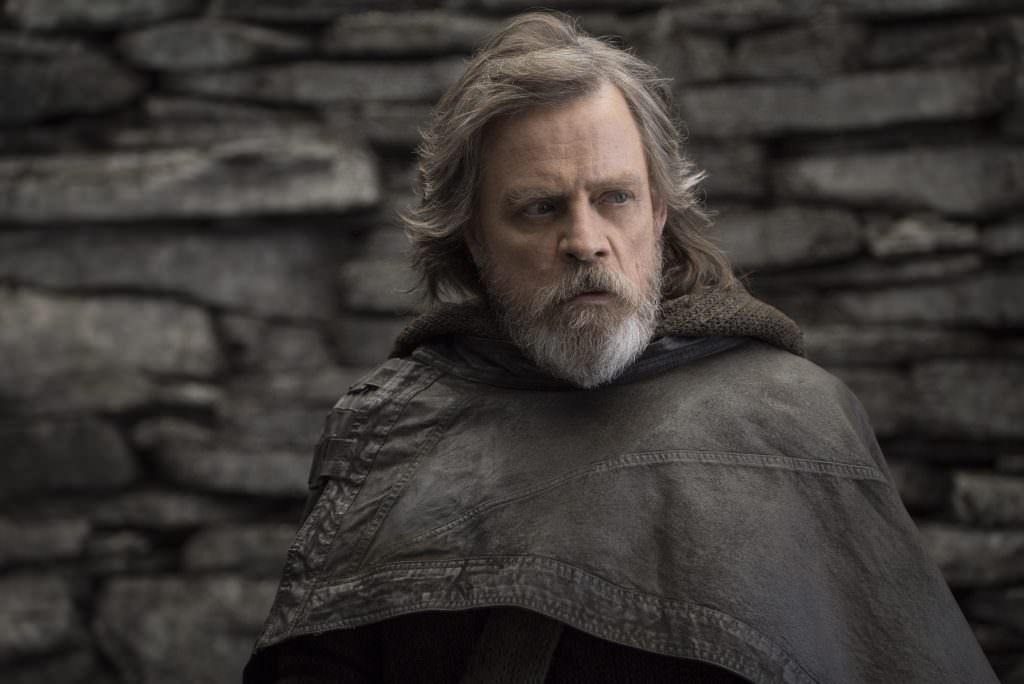 The Last Jedi is filled with fantastic new creatures that played important roles in the film. The porgs were the first to attain wide appeal, thanks to their huge black eyes, furry little bodies and penchant for sneaking onto the Millennium Falcon. The Caretakers are an intriguing bunch, with their nun-like appearance and quiet dignity, tending to the old Jedi structures on Ahch-To. The galloping fathiers, also known as space horses, were easily the most thrilling part of the entire Canto Bight sequence, a species being exploited by cruel masters, but one that helped Finn and Rose escape. Then there’s the absolutely gorgeous vulptexes, or crystal foxes, that appear in the film’s final sequence, and help show the way out of a cave to the final members of the Resistance. All of these animals are impressive additions to the Star Wars family, and each are worthy of closer inspection on how they were created and what they mean to the story. Yet there’s one especially odd creation that seems to have snagged the collective interest of Last Jedi viewers, and that’s the Thala-Siren.

Large, sea-cow like, and seemingly beached on Ahch-To, the Thala-Sirens are a crucial part of Luke’s daily diet regimen. In one of the film’s oddest scenes, Rey follows Luke across the island and finds him pumping green milk from one of the Thala-Sirens’ teats. Luke is famous across the galaxy (of fans) for his oddly colored milk affection, considering we saw him drinking blue milk in A New Hope. Only that blue milk came from a bottle, here, the tableaux is even weirder as we watch the Thala-Siren sit there serenely as Luke fills his bottle from her teat, and then we watch with a little less serenity as he takes a big swig and mugs at Rey, spilling some of the green liquid down his beard. This is the Jedi master Rey has flown across the entire galaxy to find?

The story of how the Thala-Sirens were created is one of the best parts of this Collider interview with world-class creature designer Neil Scanlan. The Thala-Sirens were massive animatronic puppets built back at Star Wars HQ, Pinewood Studios in England, and then had to be helicoptered to the island of Skellig Michael, where the Ahch-To scenes were filmed and where writer/director Rian Johnson wanted this surreal sequence shot. What’s more, the Thala-Siren puppet required two people to be locked inside it while Luke milked it:

“Once it was in the location, we locked two puppeteers inside there. The head opened a little bit, two puppeteers got inside, we put the head back up, and we sealed it with a prosthetic band that went around the side. And then, there were two puppeteers that operated the flippers on the outside, and a couple of other puppets in the background. We were set and ready for the arrival of the film crew, and we had a window that we knew we had to meet…

It was designed to be able to breathe and there was a milk delivery system, on the inside. The guys on the inside could see what was happening on the outside, through monitors and a walkie system that we had, and Mark literally walked up, bent down, and milked his sea-sow. It made a lovely tasting drink, by the way. It wasn’t as disgusting as it looked. They CG-ed a tint on it, in the end, to make it look even more disgusting. It was wonderful to be there and to do it for real, amongst the elements.”

This is commitment, folks. While we rightly marvel at the many stunning sequences in The Last Jedi, much of which were created with CGI, there’s still so much in the film that was made by hand, and which in this case required actual people to lock themselves inside a massive puppet and pump milk on a freezing cold set on a rocky island. Who knew that movie magic could also be a great source of calcium?