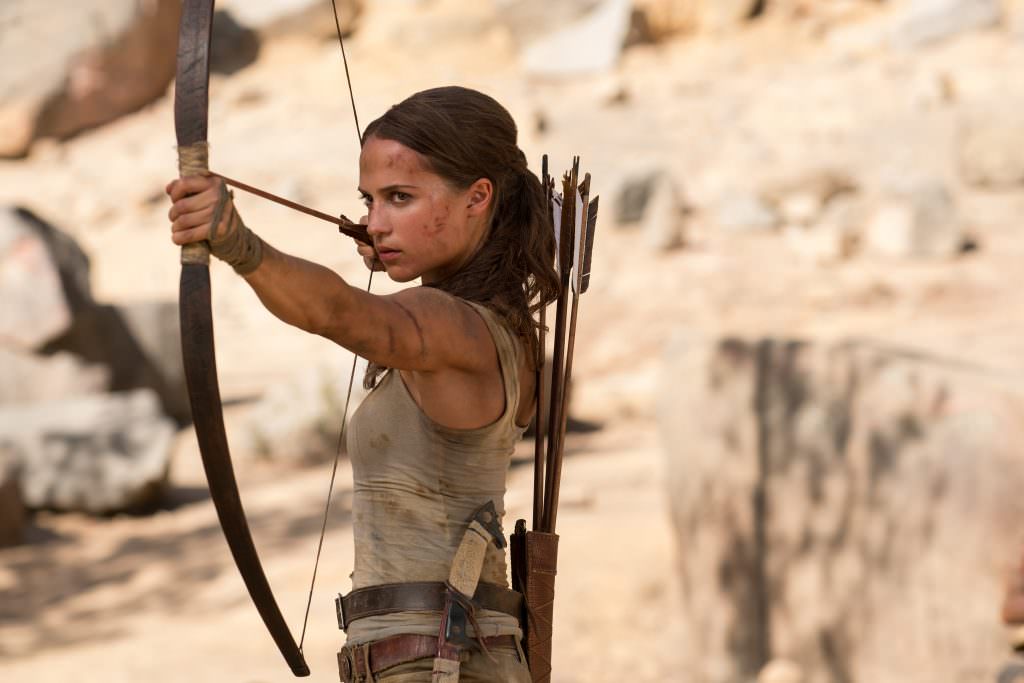 Think You Could be a Tomb Raider? Here’s What it Would Take

They say the best time to start getting ready for swimsuit weather is January, so here’s a foolproof regimen for you to get started on. First, absolutely no alcohol, no sugar, pack on the protein, and throw in 7 days a week of cross training. Still with us? If you’re wondering what the results will look like, check out Alicia Vikander’s prep for Tomb Raider.

Vikander’s trainer, former hockey player Magnus Lygdback, designed the star’s training routine, and it looks like she was a top student. Lygdback told THR that the actor spent two months building up 16 pounds of muscle and then two months focusing on definition.

Vikander is accustomed to full body workouts and is a natural athlete. She has had extensive training as a ballet dancer, a craft that pushes all the muscle groups.

“Alicia is an amazingly hard worker,” Lygdback said. “The hardest part for her was when I would force her to take a day off to recover.” That would probably be our problem too.

Vikander’s Lara Croft is a sleek and nimble powerhouse. Lygdback commended Angelina Jolie’s 2000s portrayal that made the character a pop culture icon, but stated that Vikander was going in a new direction. The trailers already show that Vikander’s Croft has a more rugged style.

The premiere is still two months away, but a new trailer will be out tomorrow. If you need end-of-winter workout inspiration, you can see Tomb Raider in theaters March 16.