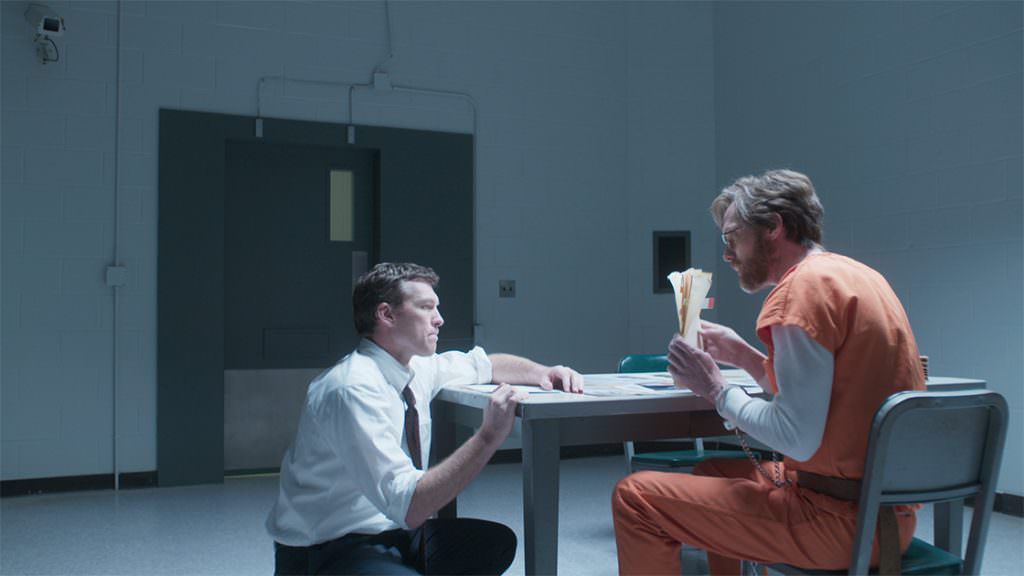 The Production Designer Who Recreated the Famous Kaczynski Evidence for Manhunt: Unabomber

Mentions of the Unabomber immediately call to mind the deadly postal packages containing explosives and that famous police sketch of the suspect in a hoodie. While working on Manhunt: Unabomber, production designer Erik Carlson realized, however, that the case actually hinged on hundreds of handwritten documents. The eight-episode Discovery Channel miniseries delved into the infamous FBI investigation that eventually resulted in Ted Kaczynski’s arrest. Carlson painstakingly recreated all 17 of the homemade bombs, the remote Michigan cabin that was Kaczynski’s hideout, and used actor Paul Bettany’s actual handwriting to recreate every one of Kaczynski’s writings related to the crimes. Thanks to FBI files and real life Unabomber investigator James Fitzgerald’s guidance, Carlson’s work brings an incredible amount of detail to the screen.

We spoke with Carlson about researching the notorious criminal, recreating the evidence of the case, setting the stage for a character’s lifestyle, and more.

Did you have access to accurate references for the show’s locations, or did you have to invent them?

A little bit of both. We actually had some really good photos. When it came to Ted’s cabin, we had amazing photographs. The FBI had detailed evidence photos, of basically every item they pulled out of the cabin and all of those photographs are kept at the special collections department at the University of Michigan library. They have every single evidence photo that was taken by the FBI at the time. So we were able to duplicate and recreate every piece of evidence from the cabin based on those photos. So we had those and of the FBI photos of the investigation itself, sort of overall shots of the cabin were able to use. The actual cabin is stored at a museum in Washington DC. It’s doesn’t have any of the evidence or dressings inside, it’s just sort of a shell of the cabin. We were able to get photographs of that so we knew what the oil stains on the wood looked like and the materials used to build the cabin and the color of the cabin. We were able to get all of that from the shell at the museum. For things like that, we were definitely able to get reference photos.

Which parts made you do a little more guesswork?

For things like the FBI offices, the actual character that Sam Worthington plays, James Fitzgerald, was one of our producers and our technical advisor. We had ongoing email chains for months and months with him, trying to peg him down for all kinds of details about his apartment that he lived in in downtown San Francisco or the main FBI offices or the evidence offices at the FBI. All of those we were able to get descriptions from him. We had a couple other FBI technical advisors that helped us out with the level of forensic investigation at the time in the 90s as far as what sort of equipment to get. A little bit of a mix, but between evidence photos and technical advisors we able to get a lot of information that we used.

The 1990s don’t seem so long ago, but were there things you really had to be cognizant of from that time?

Yeah, absolutely. It was very much still a paper driven society. Computers were beginning to be used, but they weren’t as prevalent as they are now. After talking to Jim Fitzgerald, he said in their office there would be three computers and everyone had to share. Everything is paper driven, so the show is very much paper driven and all the evidence is paper driven. We wanted to make sure all the documents, especially Ted’s letters and his manifesto, were very accurate to what it actually was. I knew we would be doing very extremely close up shots of those. Because of that we knew we wanted to recreate everything exactly the way it was. We were able to get a lot of the reports from the FBI and the actual letters from Ted Kaczynzki. They do have copies of his letters to his parents to his brother, all of that is still in evidence at the University of Michigan. 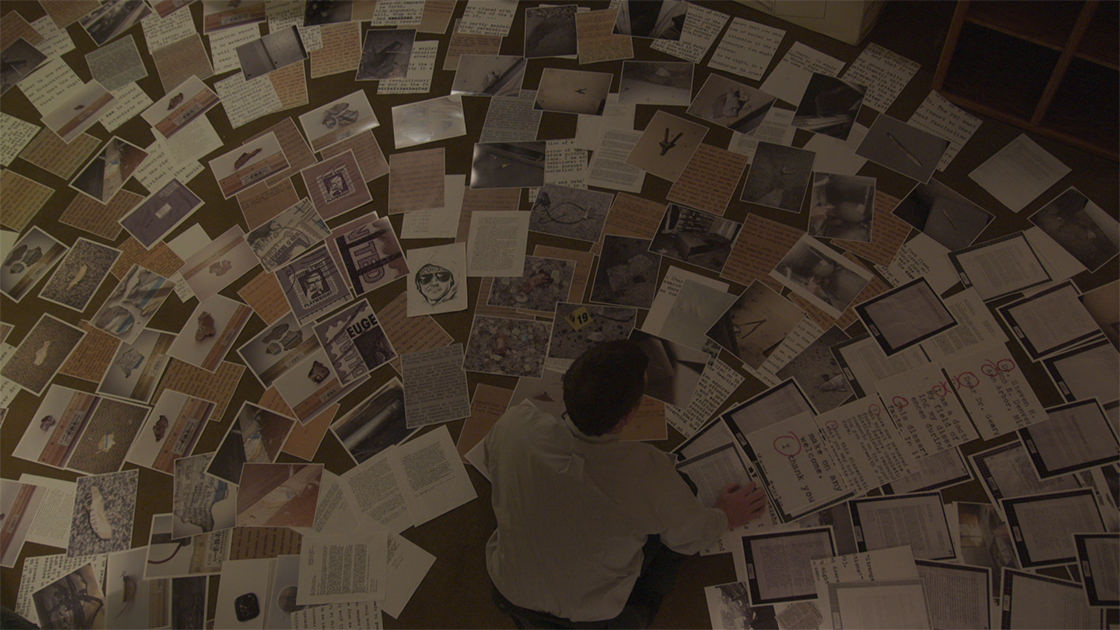 I’m sure you couldn’t use the real evidence. Did you print out copies for the props?

No, we actually took a writing sample from Paul Bettany and created a font out of his handwriting for all of the handwritten letters. So basically we had to recreate every single one of the handwritten letters, and there are hundreds that he wrote, and that’s what they used to basically do their writing analysis between his manifesto and his handwritten letters. We had Paul write out a sentence and then created a font out of his hand writing. Then we got one of our assistant art directors to recreate every letter that he wrote to his parents or his brother that they used as evidence.

That’s incredible. Did you do the same for the manifesto?

Obviously the bombs were a big part of this story. Did you rebuild the ones Kaczynski made?

Every single one. We recreated all 17 of the bombs that he fabricated. Obviously there’s not much left in evidence of what they originally looked like, but the FBI at the time had to recreate each of the bombings to see how they were made. From that, we were able to figure out how each of the bombs were made and how they started out very rudimentary and with each bomb he got more and more sophisticated and also more and more powerful and deadly. We recreated, especially the bombs that did the most destruction, we show a few of those bombings throughout the series and for three or four of them we show Ted building the bombs. Our director, Greg Yaitanes, loves getting right into the macro work of being inside of the bombs as they are being built. So we have a few of the bombs built, a little oversized so they get a smooth lens of the camera into the bomb as he’s soldering pieces together.

Kaczynski lived a pretty reclusive life in the cabin. What does a character’s home say about them?

I’d like to think it says a lot about their character. In a lot of shows you don’t usually get to go into their backstory. On Unabomber, we were able to go into Ted’s backstory and see his origin and how he turned out the way he did. In a lot of shows, even like Desperate Housewives, you don’t usually get to do so much of that, so you hope the design of the set and the set dressing speak to their background and tell a little bit of a story. For the most part, as a production designer you hope to not necessarily be noticed. You want the audience to think that everything is real and that you are filming in an actual house and not on a stage that is controlled for light and sound. You want it to feel as real as possible. It’s the fun part of getting to design for television. One show you could be designing a cabin used by a mass bomber for 25 years and in another show you create utopian suburbia.