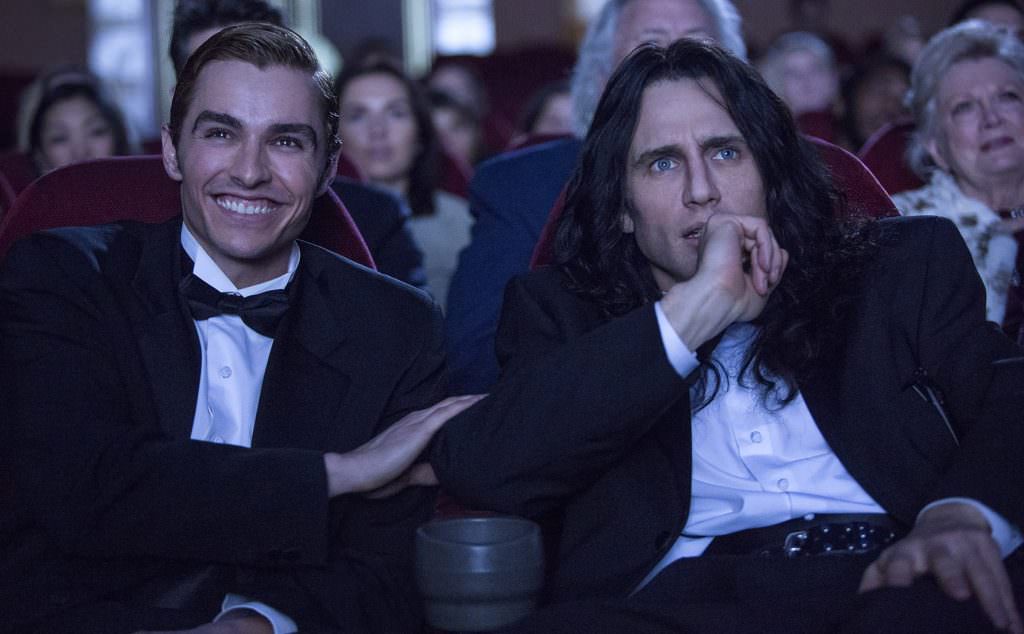 Oscar Watch: The Disaster Artist Composer on Memorializing the Best Bad Movie Ever

Nearly everyone who loves a good story dreams of making their own movie at some point in their life. Very few actually ever try it, and even fewer succeed. In 2003, Tommy Wiseau and Greg Sestero set out to make The Room, a ‘real Hollywood movie’ that is often regarded as one of the worst movies ever made. Ironically, their story has inspired one of this year’s strongest Oscar contenders. The Disaster Artist tells the story of two people who have been mocked as failures, but ultimately succeed for the sake of trying. Composer Dave Porter wrote the film’s score that is soaring, inspiring, and finally gives Wiseau and Sestero the Hollywood soundtrack they always dreamed of. As the characters stumble over fiascos and frustrations, the music soothes and lifts our aching spirits, bringing us to a place of hope. Between the notes lies the promise that success can come from anywhere.

If you’re a fan of AMC dramas, Porter has probably scored your favorite show with Breaking Bad, Better Call Saul, and Preacher among his credits. We spoke with Porter about watching The Room, conveying the dignity in the pursuit of a dream, working on one of AMC’s first original shows, and more.

The Room has become a cult classic with interactive midnight screenings. Did you watch it to prepare for The Disaster Artist?

I definitely watched it. I’ll be candid and say I’ve never been able to sit through all of it in one sitting. (Laughing) It’s rough. I’ve seen all of it in pieces many, many times over. There’s no question that there is a huge importance, as someone who is working on the film, to have understood the background and where this came from and what it’s all about. Having said that, one of the masterful things about how these guys have made this movie is that you don’t have to know anything about The Room to enjoy The Disaster Artist.

I confess I have not had the opportunity to see The Room yet. Is there music in it?

There’s a complete score to the original version of The Room. I took note of it, and in fact we even use it a little bit at the very end of the movie when they’re showing scenes from the original. I didn’t take any cues from it or take any notice of it in terms of my score, except that I did avoid a few things that I knew were prevalent in that. I wanted to make sure that this score was reflective of a whole other project. The original Room score is very piano heavy. I didn’t use any piano in mine. The score is designed to be for a string orchestra and brass. There’s electric guitar and some of my computer stuff that I love to do, percussion and things like that. The heart of the score is definitely orchestral. It was performed by the Prague national orchestra.

Wiseau and Sestero as characters have a lot of heart and depth in this film. How did you keep from making a mockery of them when their work is often criticized?

You touched on a really important point and something that we spent a lot of time talking about and working on, which was the tone of the film. Specifically, how to handle the tone of Tommy and Greg, both. Very early on, the decision was rightly made that the easy route would be to make fun of these guys. That’s the expected play. But far more interesting is tapping into that feeling of what makes it so uncomfortable. That is, it could be any of us who stick our neck out to do something we believe in wholeheartedly and take risks. We’re all afraid to do that and these guys weren’t. There’s a positivism about their boldness and, crazily enough, while it was not in the manner in which they expected, this is a success story. A success story both The Room, but also for Tommy and Greg who went through this whole experience together as friends, and have come out the other side still friends and still working together, and well known and successful.

How did that translate to the music you scored?

It’s emotional and, because this is a Hollywood story, I wanted to tap into some of the grandness and the swelling positivism of older Hollywood scores from years gone. That was something I was thinking about as we were writing it, but at the same time, I wanted it to feel current and modern.

The Room was made nearly 15 years ago. Does that make this a period piece?

We did address the 90s and early 2000s nature of the story through the source music. There’s some great scenes and some great usages of very relevant pop music of the era. But the score itself purposely avoids that and tries to make the story feel timeless, or at least current.

Did you write any particular themes based on either the characters or the story as a whole?

There’s one underlying theme to this film, which is intended to tie Greg and Tommy together, and their friendship and their shared journey. As you know, the film is based on the book, which was actually written by Greg, not Tommy. In a lot of ways, the book, which I really recommend to anybody who is interested in The Room or enjoys The Disaster Artist, was a bible for me as I was working on the project. In some ways, Greg’s story is the emotional backbone of the film because Tommy is so inscrutable and such a fascinating character, but very hard to read. Whereas Greg, and they’re like this in real life, is very open and warm and very relatable.

Did you realize when you agreed to do Breaking Bad that AMC would produce such high quality original content?

Next year will be the ten year anniversary of the airing of the first season of Breaking Bad. I was fortunate enough to have been involved since the pilot. It was very new territory for AMC at the time. Mad Men predated us, but not by much. We were definitely blazing a new trail, along with AMC. Their changeover at the time from being a network that just showed some old movies to one that had original content. AMC, obviously, has been terrific and so supportive of really creative programming then and now. It’s a wonderful place to be involved with, and they have definitely been an important player in bringing standards of television dramas up many notches.

On shows that have a lot of intensity, but are somewhat farfetched, how do you draw audiences in without creating a melodrama?

That’s a challenge. That’s something I spend a lot of time thinking about. Usually what I try to do is just emphasize the moment, and be very in the moment. If possible, particularly in the case of something like Breaking Bad, not to necessarily emotionally comment, but just try to amplify the emotions that are already there. When you’re lucky enough to work on something like a Vince Gilligan project, there’s so much that’s gone into that already from how it’s shot, to how it’s written, to how it’s performed. Those elements are already there for me. For me, it’s a question of what can music do that’s going to make something even more powerful or tell the story we’re trying to tell in a more evocative way.

Music can be very powerful and manipulative, so it’s interesting you try to stay neutral.

It varies from project to project. It’s not to say there aren’t certain projects where pointing the audience in a certain direction is not a good thing. For Breaking Bad and Better Call Saul, it’s so important for us to allow the audience to form their own opinions and use their own moral compass in how they view these characters. My place isn’t to try to push them one direction or another. For example, Walter White. There are some people who watch the show and despise him from very early on, and there are others who will go to the very bitter end defending any action he does. That’s great, that’s how it should be.

Featured Image: Dave Franco and James Franco in The Disaster Artist. Photo by Justina Mintz, courtesy of A24