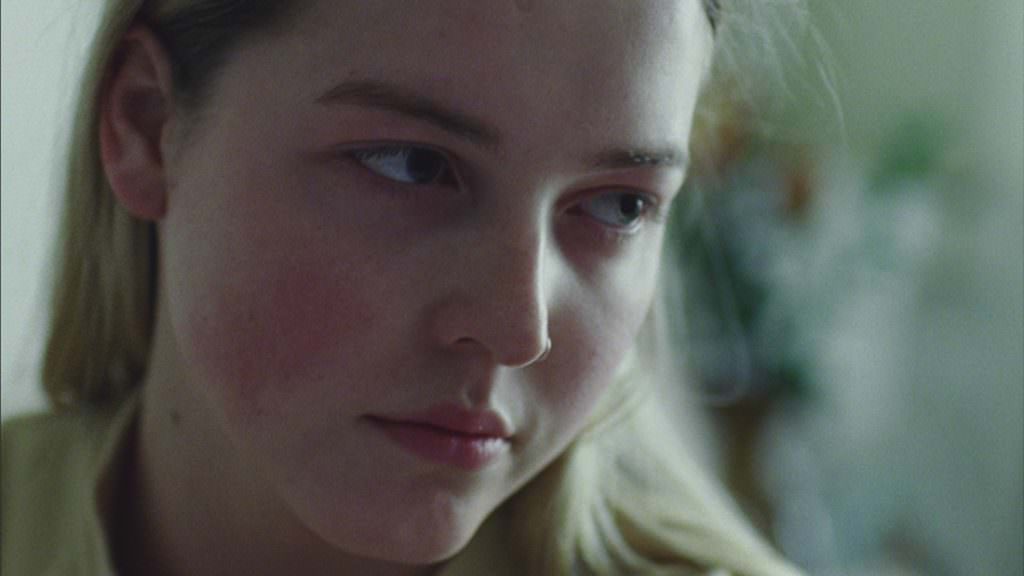 Toronto-based filmmaker Luis De Filippis’ short film For Nonna Anna focuses on the intergenerational relationship between a trans grandchild and their aging, ailing grandmother.  Selected for Sundance’s Shorts Program, For Nonna Anna is a tender, achingly wrought stunner in miniature, one told by a filmmaker of remarkable skill and compassion.

“It is imperative as Trans people that we tell our own stories on screen,” De Filippis explained in For Nonna Anna‘s press materials. “We know shame and secrecy, but it is time we know truth and acceptance. The film is born from not only my lived experiences, but also those of the women in my family and it is an honour to bring For Nonna Anna to Sundance.”

Written and directed by Filippis, starring Maya Henry as Chris, Jacqueline Tarne as Nonna, Anna Pecchio as Mom and Remy Barone as the young Chris, For Nonna Anna is the rare short that fills you up and leaves you feeling as if you’ve just left a feature film.

We got a chance to ask Filippis some questions at Sundance about their remarkable, urgent film.

For Nonna Anna is billed as semi-autobiographical—I’m wondering what you can tell us about which portions you drew from your own life, and which you invented?

For Nonna Anna is based on my relationship with my nonna, who was incredibly supportive. At a young age I started experimenting with gender, and she never deterred or made me feel less than. On the macro level, the narrative in For Nonna Anna is fictitious, but on on the micro, particular moments were pulled from my memories. As a child I was so very envious of girls who had long flowing hair. I would often wear a sweater on my head and mimic Clueless’s Cher [Alicia Silverstone], the aftermath of which has shown up in my vocabulary and the use of “like” in every other sentence. In the film, Chris finds a home video where we see her doing this as a child. The climax of the film is based on my mother’s experiences. When she was pregnant with my brother, she remembers bathing her nonna. My great-grandmother was embarrassed about her body and my mother could empathize with her because her own body was changing in ways that were out of her control. We also shot on location at my nonna’s house where all of these experiences played out. A nonna’s house is so earnest in its’ being, there is no way we could re-create it, I am so thankful my grandparents allowed us to shoot there. All of the happiness and heartbreak that the house has seen shines through in the film, it is a character in and of itself.

What films inspired you to make For Nonna Anna? Were there any particular touchstones for you that you went back to re-watch, or any you had mind during the filming process?

I am really inspired by filmmakers who show rather than tell. Andrea Arnold, Sofia Coppola, Celine Sciamma—these women tell stories in such a beautiful way. I think the strength of their work lies in the subtly of it. They don’t fill in all the spaces with exposition, which in turn forces a viewer to fill in the gaps with their own lived experiences. To me, their work is ultimately a practice in empathy.

For Nonna Anna comes out at such a anxious, troubling time for not only trans and gender non-binary individuals, but for our relationships with older generations, and our feelings about our future. Did our current political climate affect your choices in this film? How much were you thinking about the larger world surrounding your film?

I didn’t go into this project with a political agenda, but I think due to the highly politicized lens with which trans bodies are viewed, anything that includes trans characters has an intrinsically political feel to it. I really just wanted to tell the story between two women of differing generations, who see and recognize their struggles in one another’s eyes. There is a conversation going on right now between older and younger feminists about the notion of what a “real” woman is. I believe that difference doesn’t invalidate one’s experience. My experience of girlhood is different than that of a cis-woman’s but that doesn’t mean my experience is invalid – it’s just different. A lot of the issues we are currently facing are coming from the dismantling of one truth. For so long our society has functioned on a system of binaries (not only in regards to gender but almost every aspect of life) and I imagine it must be frightening for older generations to see that all they’ve built their lives on is no longer the gold standard, but I think on the other side of fear is a really exciting opportunity to transform society for the better. But with that in mind, like one of my mentor’s says, “nothing I say is the truth”.

You wrote, produced and directed this film—no small feat. Can you tell us a bit about the entire process, what you learned during, and what, if anything, you’d have done differently if you could do it again?

For Nonna Anna was created with the financial support of the Canada Council of the Arts and The Ontario Arts Council. It’s a beautiful thing to have government invested in the development of their artists and the creation of their work.  I also had the pleasure of co-producing the project with Nava Rastegar and Lucah Rosenberg Lee, their dedication and tireless work ultimately led to the success of the project. I went to Ryerson for film, a lot of the talented people who worked on the film also came up through there: Kelly Jeffrey (Cinematographer),  Kristy Neville (Editor) & Lindsay Hogan (Production Designer).

We had the house for four days and we were able to wrap within three, something that I never thought was possible on a film shoot! The crew was extremely efficient and yet gentle with one another. We shot on 35mm and I found that process sped things up on set as well. Unlike digital, you only have so many takes and then you MUST move on. I really enjoyed that process, it forced me to be extremely present and decisive. We edited in Kristy’s bedroom for about six months. We took our time and talked about every little thing. Kristy is extremely curious and never passes up a chance to try something out – her unrelenting spirit is truly inspiring. My immediate and extended family were there every step of the way, if anything this film is a testament to them.  I honestly don’t think I would change a single thing, it would be an absolute dream to have every other project be as wonderful as this one.

What can you tell us about the casting process? Obviously the relationship between Chris and Nonna is key.

Everyone who appears in For Nonna Anna is a non-actor. Nonna is played by a woman who is a ballet dancer, life drawing model and editor of harlequin romances. Young Chris is actually my parents’ god-child, who lives across the street. And Chris’ mom was played by my aunt, the character was written with her in mind. Chris was a little harder to cast. We had originally gone to the acting union, but out of all their talent, they could only offer us the names of two trans women, both of whom were over the playable age that we were looking for. So we started hosting acting workshops and invited trans-women and gender non-confirming individuals, regardless of their acting experience, to attend. I had been watching Maya on youtube for a while, and I sent her a message. She came to the class and was amazing; she is Chris and, funny thing, she went to Ryerson for film as well (she just graduated). We got on set and had some rehearsal time, but for the most part the actors performances are strong because they’re just being themselves. My job was to create a space where everyone was comfortable. I hate when sets feel stressful, film should be fun, we’re ultimately playing make-belief. So every morning we had a check in, crew included, where we had the opportunity to chat about things. I think it’s that level of comfort that the cast had that really shines through in the film.

What kind of stories do you want to see on screens big and small going forward? Do you feel confident there’s more room for stories like For Nonna Anna in the marketplace today?

I want to see more stories of the other being told by people of the other; the media is so over saturated with stories and faces that all look and feel the same. I think we are at a tipping point where self representation is no longer a goal but an expectation. The market place is indeed widening to include our stories, but only because we are demanding space for ourselves and our stories. There is still a lot of work to do. We are enough, and our experiences are worth sharing.

Do you have a dream project? Something you’ve been thinking about forever and would love to make?

I would love to do something that involves dance and uses movement as a narrative device. Something like The Red Shoes. I did ballet for a while, so it would be a nice way to weave different methods of storytelling together. But we will see, I’m interested in so many different mediums and methodologies. One way or another I will continue to tell stories.

Featured image: Maya Henry appears in ‘For Nonna Anna’ by Luis De Filippis, an official selection of the Shorts Programs at the 2018 Sundance Film Festival. Courtesy of Sundance Institute | photo by Kelly Jeffrey. All photos are copyrighted and may be used by press only for the purpose of news or editorial coverage of Sundance Institute programs.