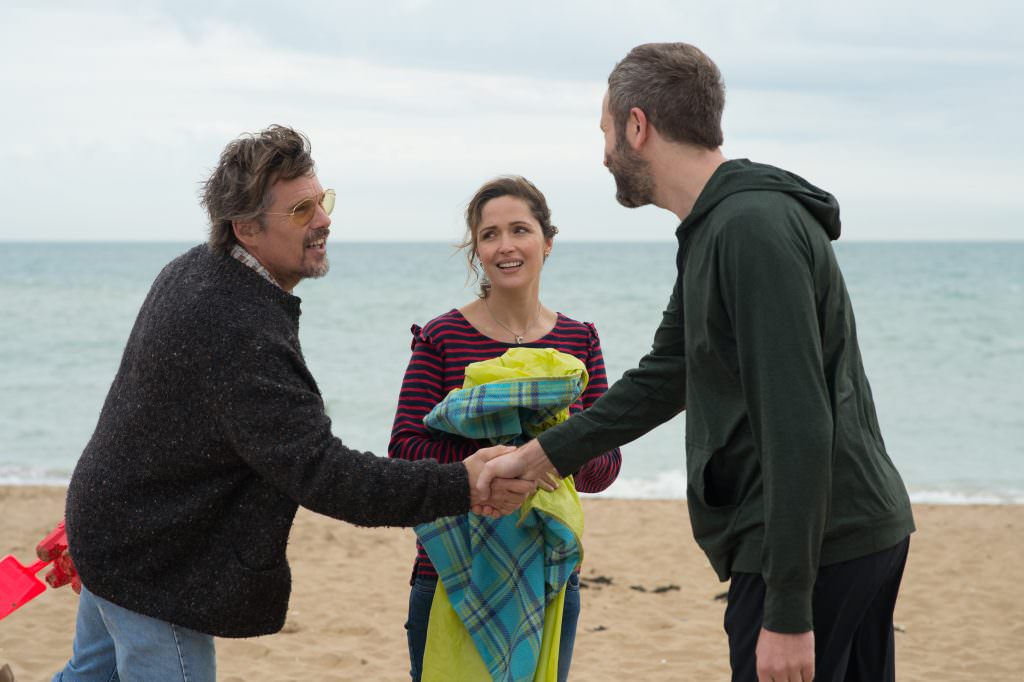 Following the success of 2011 Sundance premiere Our Idiot Brother, director Jesse Peretz returned with rock centered rom com, Juliet, Naked. Based on the novel by Nick Hornby, Juliet, Naked is a worthy heir to his other beloved works like High Fidelity and About a Boy. An added bonus is the original music recorded by Ethan Hawke. Hawke recalled in the audience Q&A that the team had only a few days to write and record songs that believably belonged to a rock classic. This one will require a second viewing as the audience was often laughing over some of the strongest lines.

With the advent of social media, stalking and celebrity obsession has become more normalized than ever. With endless forums for discussion and cameras on every cell phone, people can openly stan (stalk/fan) their favorite stars and even contact them with a simple hashtag. Juliet, Naked capitalizes on humanity’s drive to shorten the void of fame with hilarious results.

The story is a delight, but it’s difficult to say if it would be the gem it is without the perfect casting. Rose Byrne is lovely as the patient, yet exhausted girlfriend of Duncan (Chris O’Dowd). Despite a remarkable talent for museum curation and design, her own passions are suffocated by Duncan’s obsession with a musician who disappeared decades ago.

Enter Tucker Crowe (Ethan Hawke). Hawke delivers the most emotionally honest performance of his career. A retired rock star with an imperfect past, he struggles to earn a second chance from those he’s hurt. It sounds like a downer, but Hawke plays it with an earnestness that compels his loved ones to at least stick around to see if he’s really changed. Crowe may not have been reliable in the past, but he does give it his all in the film.

Crowe and Annie connect in a cute, if not far-fetched, online interaction. From there, the film reflects on artistry and fame and where the two diverge. O’Dowd is the most amiable jerk and even though he isn’t a good fit for Annie, you feel for him when his idol falls from the pedestal. In the post screening Q&A, Hawke was asked about his own fan experience and turned the focus around. “You feel Nick Hornby and throughout his career, he has given voice to all of us fans. I am a huge fan. The fan is me. I love the movie so much. I’ve been a geek about it and it’s part of why I love these festivals so much.”