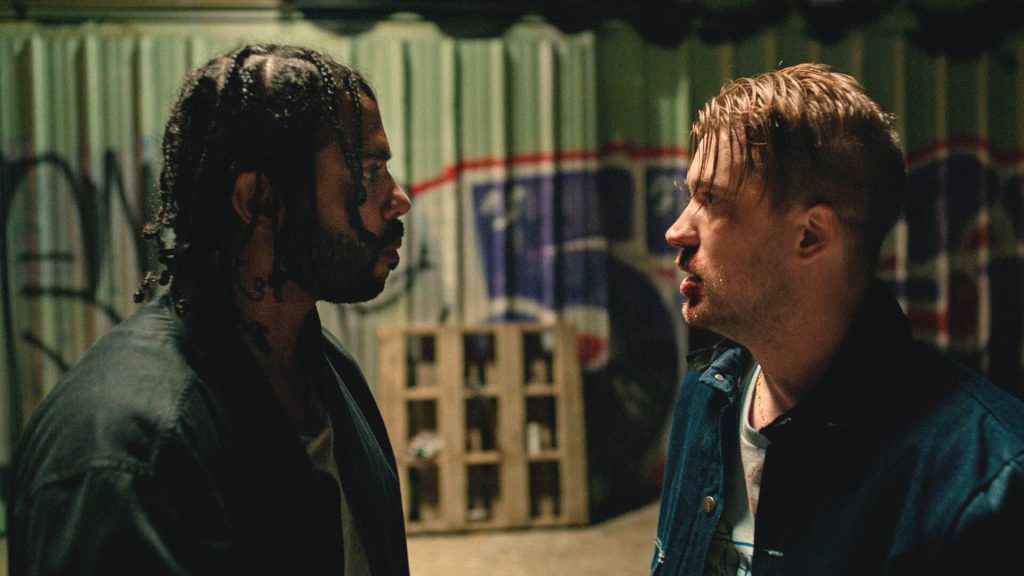 The screenings at Sundance got underway with the premiere of Blindspotting, and what a way to start things off. The film, written by and starring Daveed Diggs and Rafael Casal, had a lot to say and they chose their words with absolute precision. In a feat that seems mathematically impossible on paper, the film isolated race, gentrification, the justice system, and police brutality in merely 95 minutes. Casal’s masterful wordsmithing that pushes the dialogue with musicality deserves a great deal of the credit.

Before you mistake the story for an overly dramatized brooder, appreciate the fact that nearly 80% of the movie was comedic. Collin (Diggs) was just released on parole. His crime is later revealed in one of the most perfectly choreographed scenes of the film. He returns to his neighborhood and reunites with his best friend Miles (Casal) who is an incredibly talented freestyle rapper and thrives in the toughest part of Oakland. Watching them together made you long for a day hanging out in their neighborhood.

The cast and crew addressed the audience after the screening and Diggs revealed the incredibly timely story had been in the works for nine years. The Fruitvale Station shooting had just occurred when they began writing the script. Diggs found fame as an original cast member of Hamilton and Casal’s musical career has soared in the meantime, but they always remembered their hometown. Any friend who asked to be involved found a place in the film and extras were all Oakland residents. Even Diggs’ and Casal’s fathers make a small cameo.

“At every possible opportunity we tried to work with people from the home turf,” Casal said. “All of our extras are locally cast. At every touchpoint, you’re looking at the community these characters came out of.”

Early on, a white police officer murders a black man in the street and you think that the hilarious character introduction was a misdirection, but the tone masterfully shifts back again. Mixing the mood is easily botched in less capable hands, but director Carlos López Estrada navigates it with ease. What’s remarkable is the dynamic is immediately relatable. Prejudice plagues Collin (Diggs), but for every harrowing experience, there are hours of mundanity in the day where he just tries to live normally. As Collin struggles to adjust to life as a convicted felon, Miles loses his place in life as ‘hipsters’ gentrify his entire identity.

I won’t give away the climax, but it’s so powerful and uses just the right tools to be told. There are places you know the movie could go, but it doesn’t seem like there’s time to push that far. Then without warning, it flies past the mark and nails the landing. Needless to say, the audience was delighted and the film is getting great reviews. Blindspotting is one to watch.