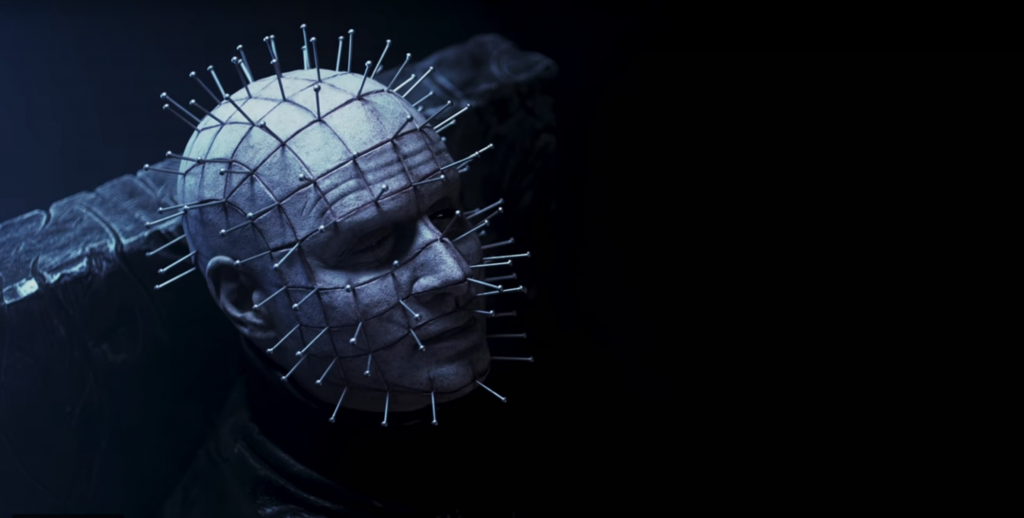 Before Saw, Hellraiser was the ultimate name in torture horror. The Cenobites are back to reclaim their dominance as the most sadistic characters in cinema in a trailer for Hellraiser: Judgment. Pinhead and his minions are stepping up the torture in new cringe worthy masochistic acts.

Effects master Gary J. Tunnicliffe directed the new installment, and it shows. Paul T. Taylor steps into the iconic Pinhead makeup, but the other new creature designs are just as hypnotizing. As far as the trailer shows, they really do most of the heavy lifting. The Butcher has a particularly Leatherface vibe that immediately triggers chills. The Assessor (John Gulager) and The Surgeon (Jillyan Blundell) are both captivating and particularly sinister. Of course, the Chatterer (Mike J. Regan) is back with one of the most impressive designs of the film.

The plot looks to be more focused on systematic torture than the fantasy realm of the original. In pursuit of a serial killer, three detectives stumble upon a much worse fate. Dragged into hell, the Cenobites do their work, and it’s gruesome. The trailer does have a Saw vibe with the investigative aspect and later as the victims are captured in torture chambers.

The trailer certainly looks worthy of Clive Barker’s vision with top notch creature design and effects. This script didn’t try to incorporate any modern technology like Hellworld, the sequel that launched Henry Cavill’s career. Judgment returns to a more timeless plot of pulling people down to the torturous depths of hell.

Hellraiser is back for more blood on Blu-Ray, DVD, and On Demand February 13.