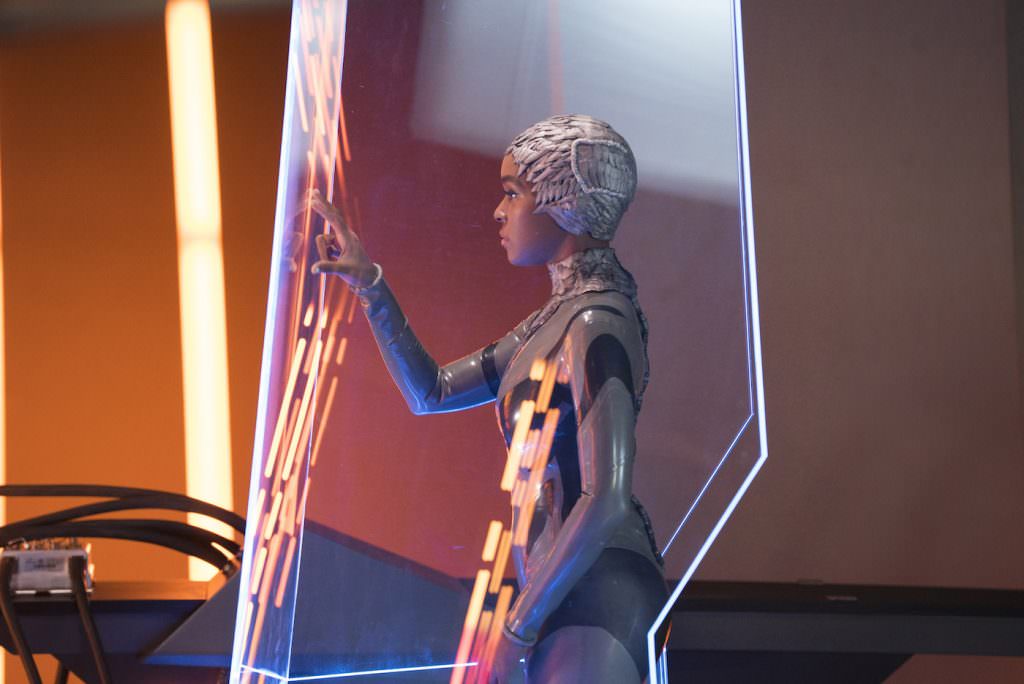 At first glance, Dinner, whose previous credits include Masters of Sex and Justified, seems an unlikely science fiction champion. When Philip K. Dick’s daughter Isa Dick Hackett approached him five years ago, Dinner knew nothing about the short stories. He recalls, “Isa said, why don’t you start reading them and pick one to develop as a series?’ So in two weeks I read about 70 short stories. What was cool about them was whether they were set two seconds in the future, or 1,000 years in the future, they all had an emotional spine to them. So then I had the audacity to say ‘Why don’t we do all 130?”

Pared down to a more manageable ten episodes for its first iteration, Philip K. Dick’s Electric Dreams motivated Dinner to reach far and wide for collaborators. “It was like making ten little movies with ten different directors, ten different writers, ten different casts,” he says. Dinner’s first call went to Battlestar Galactica reboot co-creator Ronald D. Moore. “I called up Ron and said ‘You’re the resident geek; how much do you love Philip K. Dick?’ Ron said  ‘I love Philip K. Dick. I told him what we wanted to do and he said, ‘I’m in.’ That’s how it all started.”

Eager to circumvent the “writer’s room” favored by conventional TV series, Dinner instead invited individual scribes to pick a Dick story and gave them free rein to hew to the plot or go off on their own tangents. Some hardcore fans knew exactly which Philip K. Dick story they wanted to adapt. Others needed to be “educated,” Dinner says. “They didn’t know where to start because there’s such a massive amount to go through.” Enter the “Crypt Keeper,” Dinner’s nickname for Philip K. Dick archivist Kayla Egan of the Electric Shepherd production company. He says, “Working with Kayla, we’d send the writer five stories I felt would be in their wheelhouse and from there we’d see which one he or she responded to.”

While such writers as Travis Beacham (Pacific Rim), Matthew Graham (Dr. Who) and Jessica Mecklenburg (Stranger Things) developed their scripts, star-producer Bryan Cranston, Janelle Monáe, Anna Paquin, Terrence Howard, Steve Buscemi and dozens of other character actors got on board. Directors including Dee Rees (Mudbound ) and Alan Taylor (Game of Thrones) then put their own spin on the material. “We let them take the ball and run with it because we wanted diverse points of view. The episodes still link together because everything emanates from the brain of Philip K Dick, filtered through the pen of the writer and the lens of the director.”

The resulting collection encompasses rubble-strewn landscapes in Autofac and The Hood Maker, working class naturalism in The Commuter, creepy Big Brother surveillance visuals in Kill All Others and heartland horror as dramatized in Dinner-directed Invasion of the Body Snatchers pre-cursor The Father Thing.

For all its tonal variations, the Electric Dreams anthology rings true in 2018 through the experiences of characters haunted by the gap between benign appearance and sinister reality. “The things that Philip K. Dick was preoccupied with in the fifties and sixties are the same things we’re preoccupied with today except that we’re living in a more complicated world,” Dinner says. “Dick was terrified that we might be losing our identity, whether it’s to the government, or technology, or whatever. He had this existential fear of losing what it is that makes us humans, and that’s what makes these stories resonate today.”