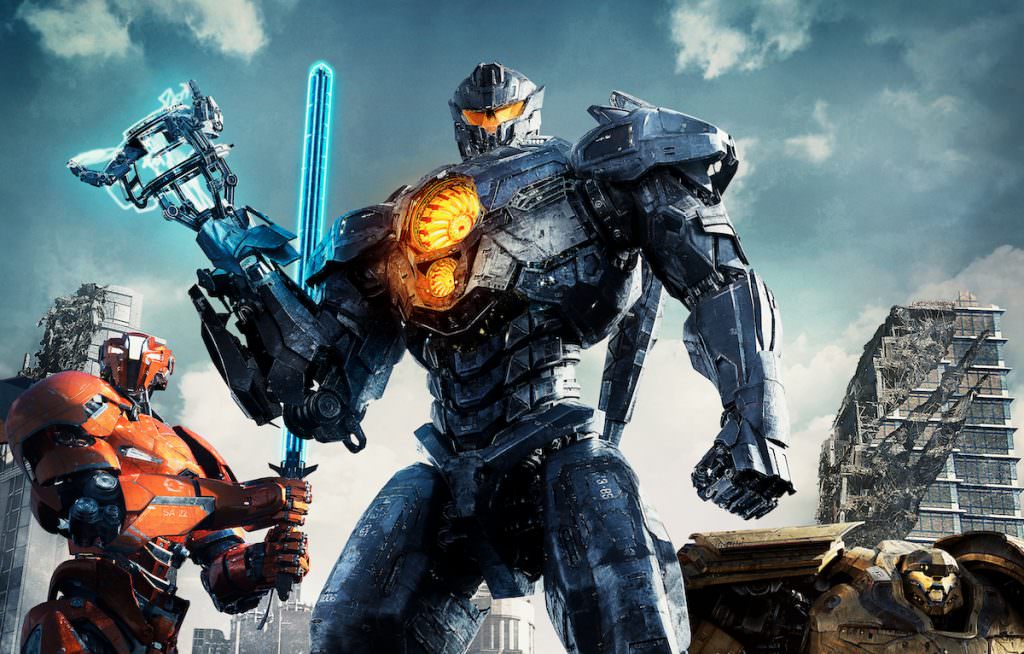 Behold the new trailer for Pacific Rim Uprising, the sequel to Guillermo del Toro’s 2013 film starring The Last Jedi‘s John Boyega as Jake Pentecost. One of the most striking things about this new trailer are the upgrade to the colossal mech saviors the Jaegers—they are more colorful, much swifter, and much more streamlined than del Toro’s lumbering mech-beasts. In fact, these new Jaegers owe about as much stylistically to Michael Bay’s improbably lightning-quick Transformers as they do to del Toro’s lovingly (and practically) rendered saviors.

Uprising also boasts a very different tone and tenor. The original Pacific Rim was a dark, rainy, gloomy affair, with the threat of global annihilation stitched into nearly every frame. Uprising doesn’t skimp on threat (the Kaiju are now only one of the major threats to humanity), but things are brighter here, with a generally younger cast and an emphasis on becoming legends, rather than serving one last time, as Pentecost’s famous father, Stacker (played in the original by Idris Elba) had.