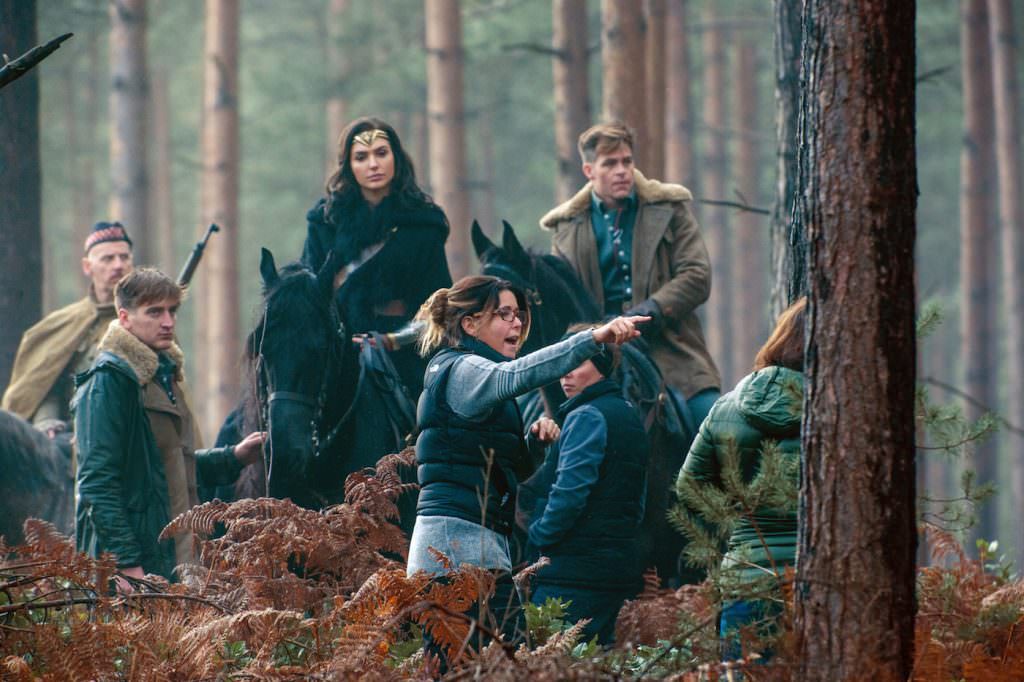 Oscar nominations are coming soon—on January 24th to be exact—and one hopes that Patty Jenkins’ Wonder Woman will get a lot more love than it did at the Golden Globes (where it wasn’t nominated for anything). The good news for Jenkins, and Wonder Woman fans, is that the rest of the world has recognized the craft, skill and wonder (pun intended) that went into making the film. Forget the gonzo box office for a second (if you can forget $821.8 million worldwide) and focus instead on the critical acclaim. Wonder Woman currently enjoys a 92% fresh rating on Rotten Tomatoes, an incredible score for a massive superhero film. Just how good is that score for a superhero flick? It’s tied for the third best all time, along with two other 2017 releases, Thor: Ragnarok and Spider-Man: Homecoming, and 2012’s Avengers. (The highest rated superhero film of all time is also a tie, at only 2% more than Wonder Woman, between Christopher Nolan’s The Dark Knight and Jon Favreau’s Iron Man, both from 2008.) Also consider that while the Globes whiffed, the Art Directors Guild has nominated Wonder Woman production designer, Aline Bonetto, the New York Times stellar film critic Manohla Dargis chose Wonder Woman for her top-10 list, and the National Board of Review honored both Jenkins and star Gal Gadot. As Vanity Fair writer Rebecca Keegan wrote in her interview with Jenkins, “As a female-directed, big-budget superhero movie built around a female protagonist, Wonder Woman is in a category of one.”

Wonder Woman is also the rare superhero film that managed to be many things at once, without coming apart at the seams (or feeling like a jumbled mess). Action film? Check. Mythic origin story? Check. Love story? Check. Comedy? Check. Whereas previous DC films have been, ah, a lot heavier affairs, with dark palates, brooding superheroes and wanton destruction, Jenkins approached Wonder Woman with different ideas in mind. But first, she had to get over the fact she was even making the film in the first place.

Jenkins told Keegan that tackling the first stand-alone Wonder Woman film, “the mere idea [of] a woman-led film with a female lead was a massive question and really felt like a long shot.” Jenkins was making this film before the seismic revelations brought to light by the #MeToo movement galvanized women in the industry. “I can even remember myself saying, don’t they keep putting out data saying that women are the majority of the audience now?,” she told Keegan. “I don’t understand why this is so hard for everybody to see how lucrative that could, and should, be.”

Jenkins did see it, and the proof is her finished film, which has gone on to the aforementioned critical, commercial and, crucially, cultural acclaim it has garnered. She spoke to Keegan while in pre-production for the Wonder Woman sequel, where she’s plunging into script tweaks, location scouting and film design, with a release date slated for November, 2019. One of the key elements that Jenkins was adamant on, and which ended up being one of Wonder Woman’s chief strengths, was the film’s consistent, refreshingly optimistic tone. Think of the tightrope that Jenkins, her cast and crew were able to walk—Wonder Woman included a mixture of Wonder Woman’s unabashed belief in the goodness in people and the need to defend them, Wonder Woman’s origin myth, which begins in her secluded, elusive, mythic home of Themyscira, humor (once Diana leaves her island and enters World War I-era London, the film becomes deeply funny), and a love story. How did Jenkins and her team pull this off? By constantly revisiting what were the fundamental elements to Wonder Woman’s nature, and by talking through tonal changes with her department heads all the time.

“I would sit and hammer home . . . we have to be so careful that we don’t veer from one movie to another movie, first of all, and, second, that anywhere that she walks out in a Wonder Woman suit, it just doesn’t look ridiculous.”

Well, not only did Wonder Woman not look ridiculous, she looked like, and became, the superhero we needed at the time. The best part? Wonder Woman almost feels prescient, as now, every day, we’re reminded of the power of real woman, and how through their strength, perseverance and courage, they’re remaking the world.