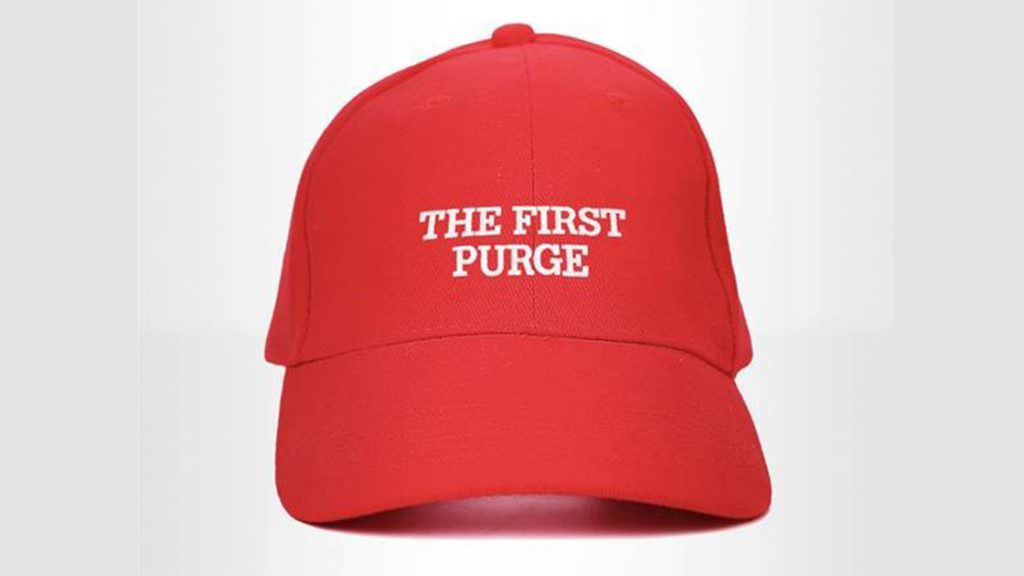 The First Purge Promotes the Deadly Tradition Through a Political Ad

The Purge: Election Year became the most popular of the franchise, bringing in $118.6 million worldwide on a $10 million budget. The premise, in which society purges all its homicidal desires in a single night, has grown more overtly political over the three films. The fourth is set to be a prequel revealing the rise of the violent election platform.

The trailer for The First Purge hits all the cringe spots that the films exploit. A mock political ad that precisely recreates the election cycle spots we’re all used to is tame enough at first. A voiceover, with a comforting western tone that would make Sam Elliott proud, delivers a rallying speech promoting nationalism. Nearly ripping a line from President Trump’s State of the Union speech, the mock political ad declares, “Americans make America great.”

The propaganda piece takes a chilling turn when the script starts promoting “a new tradition.” The soaring music, soothing voice, and images of family and freedom are so wrong it’s scary. For the ultimate punchline, the ad suggests that a father will feel pride teaching his son to purge. Yikes.

The trailer brilliantly mines the fear that a horribly deranged idea could be sold through soothing tones and lofty rhetoric. It is a horror film, after all. The creators are striking a very specific chord at an unusual point in time. They make no effort to hide the allusion to the current political climate. The film’s poster, released yesterday, has The First Purge embroidered on a bright red hat. The ball cap is the same hue and font of Trump’s Make America Great Again hats.

The First Purge premieres, when else, on July 4. Movies are almost always released in theaters on Fridays. Independence day is on a Wednesday this year, making it a very specific marketing move for a franchise on the upswing.