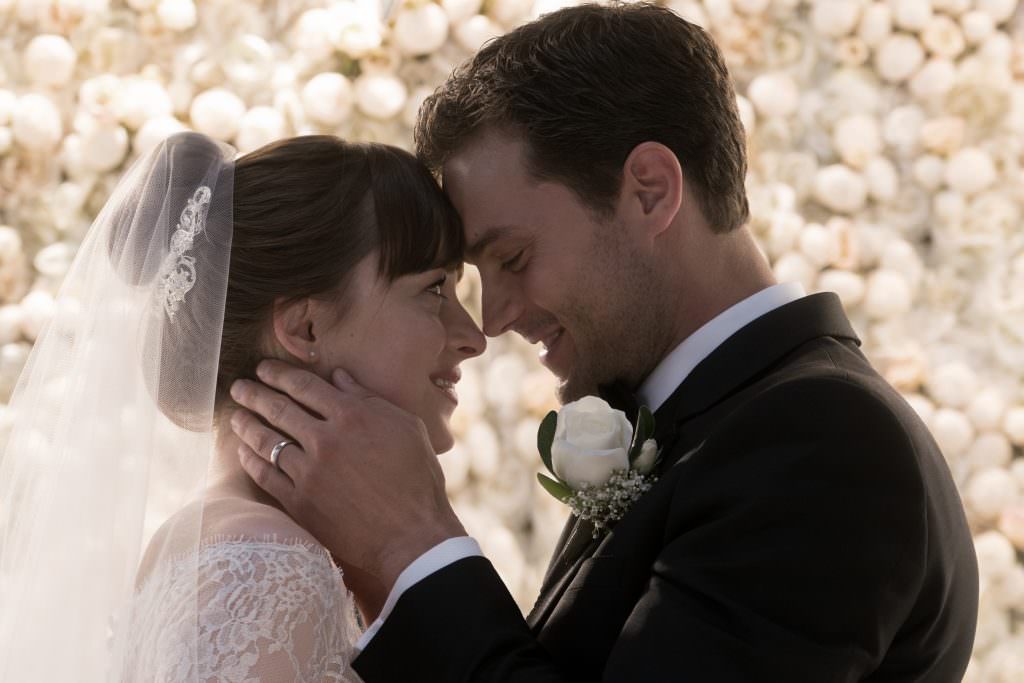 How far they’ve come, Anastasia and Christian. They began their relationship as employee and boss, but as we know that quickly changed—considerably—into a highly unusual, highly kinky romance that fueled the start of the Fifty Shades of Grey series, which has focused on the extremely fetching couple, played by Dakota Johnson and Jamie Dornan, as they navigated the latter’s extreme wealth and love of BDSM and the former’s ever surprisingly ability to play both submissive and dominant, the ingénue and the savvy business woman. The series is wrapping up with its third and final installment, Fifty Shades Freed, which follows Anastasia Steele and Christian Grey into the realm of marriage. A marriage in which conspicuous consumption is the bedrock principle, and nothing, be it a private jet or an insanely huge home, is out of their reach. Show of hands on how many of you believe think their marriage will be all billionaire bliss? Of course not—dark things are in store for our couple, with threats to their matrimony taking the form of a female architect and a lunatic former boss. Universal promises a shocking conclusion to the relationship we’ve been tracking since 2015, with the final film coming out, appropriately, on Valentine’s day this year.

Mrs. Grey, as Anastasia can now be called, will need to navigate the vipers and sociopaths who seem to forever orbit around her man. One hopes that this final installment will go for the full gonzo finish, giving the considerably talented cast room to shine.