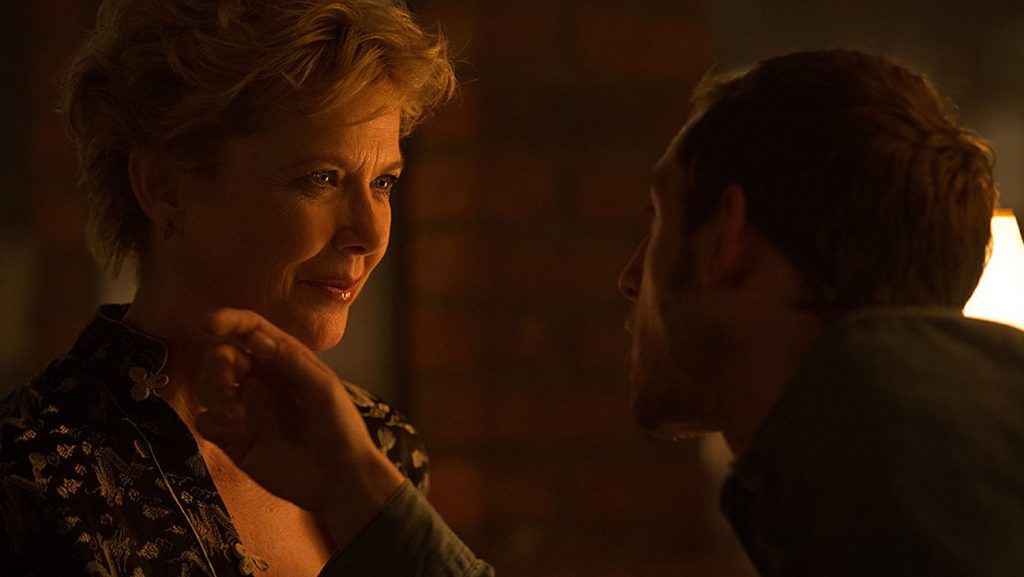 Scottish director Paul McGuigan, whose credits include Lucky Number Slevin and Victor Frankenstein, says he tries not to watch his own films too often “because you start to go nuts.” But his latest, Film Stars Don’t Die in Liverpool, was different.  “I’ve watched it more than any of them because I still find it moving myself, the pairing of Annette [Bening] and Jamie [Bell]. I find it moving and touching because they were real people.”

Those real people are Hollywood icon Gloria Grahame (Bening) who starred in numerous films in the 40s and 50s and won an Oscar in 1952 for The Bad and the Beautiful and Peter Turner, who wrote the  memoir of the same title about his romantic friendship with Grahame in the years before she died of cancer in 1981 at just 57.

McGuigan, too, feel in love with Grahame once he was hired to direct. “I was living in Scotland, so on the four and one-hour hour train journey to Glasgow I’d watch her movie and study her work. As a filmmaker, I wanted to bring in a bit of her as a film star and femme fatale icon, without it getting in way of the story.” One particular influence was one of Grahame’s best films, Nicholas Ray’s In a Lonely Place, in which she  starred with Humphrey Bogart (Ray was the second of Grahame’s four husbands). “There’s the scene when she’s on the beach with Bogart and they’re really happy. As was often done in the ‘50s, there’s back projection of the beach. I wanted to pay visual homage to her movies so we built a beach at the studio. I’m kind of in love with this woman now, through the connection with her movies.”

Film Stars Don’t Die in Liverpool opens in 1978 as the 55 year-old Grahame is starring in Rain on the London stage and living in a boarding house where she meets fellow resident Peter Turner, a 26 year-old aspiring actor. They become friends, then fall in love. Grahame had battled breast cancer years before; when the cancer returns, she asks Turner if she can stay with him and his parents (Kenneth Cranham and Julie Walters) at their home in Liverpool.

Bening wanted to play Grahame onscreen ever since she heard that Barbara Broccoli, best known as the producer of the James Bond films, planned to make a film from her friend Turner’s memoir. But it took some 22 years for that to happen.

“When someone like Barbara Broccoli takes 22 years, you know she’s waiting for all the right elements to fall into place. Annette was too young [at the beginning]. Sometimes we all meet up by accident; we’re a small community,” says McGuigan. “We just found all the right people. We were all on the same page — Barbara, Annette, Jamie. It’s rare that everyone wanted to make the same movie.”

Many of the film’s later scenes take place in the modest Turner house that Gloria moves into once she falls ill. There was decency and comfort in that large, working-class family, says McGuigan, and that’s why Gloria wanted to be there. “I’m from the working class. That kitchen is all our kitchens,” he says. “It was Jamie’s and Julie’s growing up, too. We all understood it and worked to keep it natural. The film has two love stories. Obviously, there’s Peter and Gloria but there’s also love between family and the love they gave to Gloria. In tight-knit families, if you bring someone in that you love, they love her as much, unconditionally. To get it right, you need people who understand that.”

McGuigan was grateful that Turner himself was on the Liverpool set often, and both Turner and Bening spent a lot of time with him.

“Annette wanted to know everything about the character but she wanted to know who Gloria really was, not just from the screen where she’s playing parts,” says McGuigan. “So it was important that she spent time with Peter and asked him lots of questions. It was interesting to watch her process.”

If Bening had to recreate a Hollywood icon, Bell, best know for Billy Elliott, had to portray with honesty a person still very much alive. “Jamie is the conduit for the audience; they’re seeing the world through his eyes so he had to do it differently from Annette and let the audience in a lot more. He’s such a smart boy; he understands Peter’s character because their backgrounds are similar: he’s a working-class boy from the Northeast. He also wanted to be a tap dancer. When all his friends were playing soccer and doing ‘boy’ things, he was dancing, so it’s a similar story to Peter’s.”

Music has always played an important role in McGuigan’s movies. For Film Stars he and composer J. Ralph put together an eclectic soundtrack. “I wanted it to evoke Liverpool of that time but not like just bringing in old songs to establish time. I give music to the actors; with Annette, it was a Dusty Springfield song, Northern soul which harkens back to Liverpool, in a way,” he says.

“I showed the film to [Bening’s husband] Warren Beatty because I was interested in what he thought and his comment was ‘don’t use as much music’ so I cut down on the music because less is more; it’s better to have silence and some music. He was right. So I’ve got to tip my hat to him a bit; it was really smart,” says McGuigan. “And then we got the Elvis Costello track at the end.”

Unbeknownst to McGuigan, Costello also happened to be a huge Grahame fan. He penned the poignant “You Shouldn’t Look at Me that Way” as the film’s closing song. Composer J. Ralph also wove Costello’s melody and orchestration into the soundtrack.

Costello’s involvement was one of many “moments pf love” during the making of the film, says the director, who considers it to be his best work so far. “I found my own voice more than in any other movie,” he says. “I’m happy we were able to do this for Peter. He’s such a lovely man, such a good soul and a generous spirit. He gave us the story and let us get on with it and now we’re giving it back to him.”