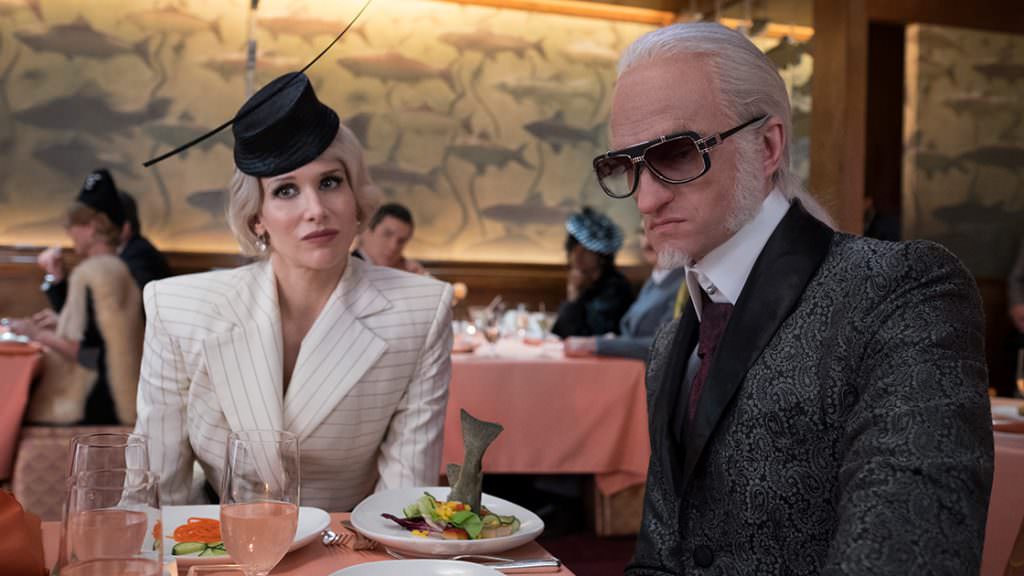 You may have high hopes that 2018 will be a great year for you, but the Baudelaire orphans are in for another dismal, despicable, unfortunate year. Count Olaf has returned for season 2 of A Series of Unfortunate Events in a new teaser starring Neil Patrick Harris.

Netflix tweeted out a riddle on New Year’s Day with a hint to search for a URL hidden in song lyrics.

« There’s no happy endings,
not here and not now,
this Verse is all Fluctuation and woes,
you might dream that justice and peace win the day,
but that’s not how the Declaration goes (.com) » ?? pic.twitter.com/INXuvss5Hw

If you’re not in the mood for puzzles, the answer is https://www.versefluctuationdeclaration.com/. As is a common occurrence throughout the thirteen novel series, a greeting on the landing page has a secret message hidden within.

“A new year has arrived to traverse
Note that you likely may feel very terse
Awaiting the year
You are quite right if you fear
Below the surface it only gets worse.”

The words “A note awaiting you below” are highlighted and lead to a new message from Count Olaf. The failed thespian is less subtle with his greeting. The sinister Count refers to his history of arson and premieres a new teaser.

The Baudelaires will be on the run this season with an angry mob pursuing them and Count Olaf up to more dastardly tricks. He seems to have come into some amount of wealth sporting fancier clothing and meeting up with the children in a nicer apartment. The Baudelaires will have to creatively combine their talents, which is inventing, reading, and biting.

Season 1 covered the first four books of the series by author Lemony Snicket, pen name for Daniel Handler, who himself is a part of the story. Unlike the 2004 Jim Carrey adaptation in which a handful of books were combined into one film, the Netflix series tends to cover the books in order. So far, two episodes have been devoted to each book. The season 2 lineup has not yet been announced, but is expected to follow the next five novels.

The teaser reveals that A Series of Unfortunate Events season 2 will drop on March 30.