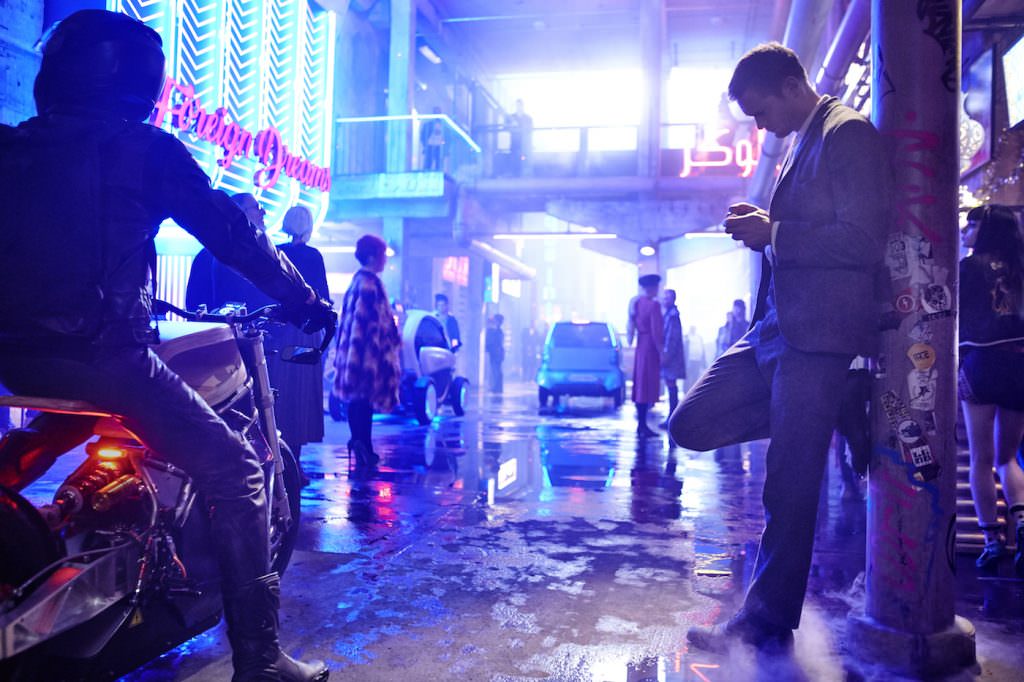 Blade Runner fans are in for a treat with Netflix’s new movie, Mute, by Warcraft director Duncan Jones. Alexander Skarsgård stars as a mute bartender, Leo, in futuristic Berlin. The movie is centered on Leo’s quest to find his girlfriend who has mysteriously disappeared. Despite his silence, Leo is not one to back down from a fight; the trailer opens with Leo throwing a bottle at and getting into a brawl with a patron who was a little too persistent with his girlfriend, a waitress at the club Leo works at.

The trailer gives viewers a preview of a high-tech, futuristic world that is still vaguely similar to our own, minus the flying cars and robots we’ve become familiar with in Blade Runner 2049 and sci-films of its ilk. Mute, while it definitely falls under the sci-fi genre, has a soulful edge to it and a mysterious plot told from the perspective of a man who doesn’t speak. “He doesn’t need words” is a statement heard in the trailer, and from the few glimpses seen in the two-minute trailer, the statement proves true as Skarsgard is able to convey everything through body language and intense glances.

As Leo scours Berlin for his girlfriend, he becomes entangled with a pair of US army surgeons played by Justin Theroux and the forever ageless Paul Rudd, who is shown with side burns and a prominent mustache, two gentlemen on their own obscure mission. The trailer didn’t offer much on how their stories intertwine, so viewers will have to watch the film when it’s released on Netflix on February 23 to find out how the three men and their journeys intersect.

What’s clear from the trailer is although he doesn’t speak, Leo’s love for his girlfriend is clear in his actions.