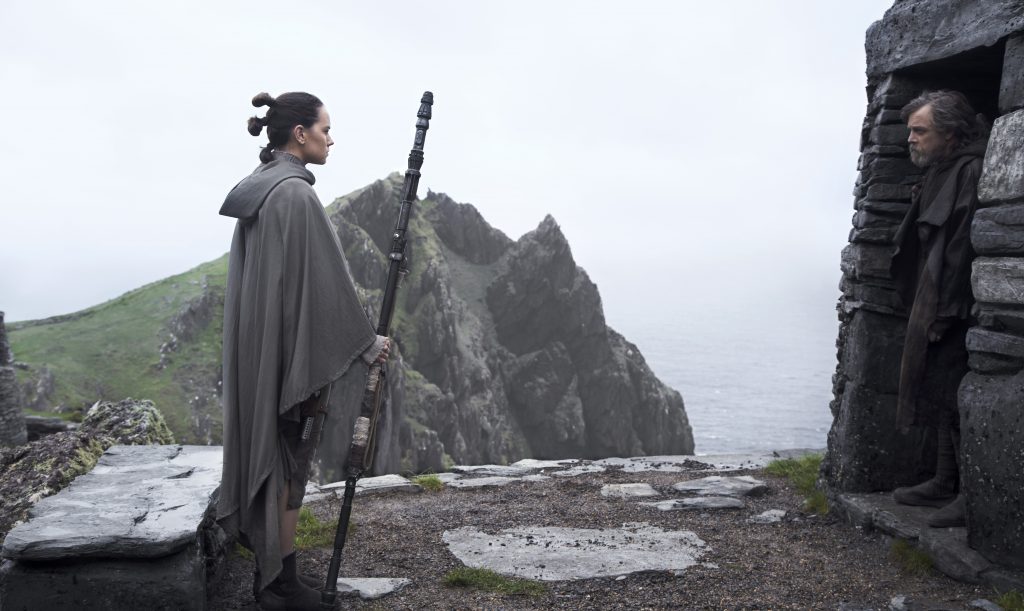 Who Will Utter the Opening Dialogue of Star Wars: The Last Jedi?

Literally all the stars of The Last Jedi appeared on Jimmy Kimmel last night in the mega-interview of our dreams. Kimmel sat down with director Rian Johnson, Mark Hamill, Daisy Ridley, Adam Driver and more to mine for information about the upcoming film. Driver dished about what it’s like to play the current villain while Hamill shared his amazingly accurate Harrison Ford impersonation. Surrounded by nine members of the cast who egged Kimmel on, the group put pressure on Johnson to reveal one of the film’s secrets.

Hamill did his best to pull a tidbit out of Johnson with his Jedi powers. The director finally caved when the audience began screaming. Kimmel asked for the first word of the movie and Johnson knew it off the top of his head. Drumroll please! The first word of dialogue spoken in Star Wars: The Last Jedi is… “We’re.”

Naturally, we immediately went back to watch the trailer to see if any sentences begin that way. It’s unlikely that a trailer would feature the opening sequence, but it was worth a shot. The closest is Poe who says, “We are the spark that will light the fire that will burn the first order down.” It’s a pretty inspirational quote, but Johnson was clear that the first word is the conjunction of “we” and “are,” so that is out.

The most natural “we” would be Luke and Rey. The two are expected to come together and the fate of the Resistance will lie in Rey’s ability to deny the dark side in wielding her power. They’re seen together on Ahch-To throughout the trailer and we hope will become a team and not enemies over the course of the film. Poe and General Leia also make a formidable team and could be heading into battle as the film begins.

If we’re being realistic, there’s likely not a whole lot that the opening word can give away or Johnson wouldn’t have told us at all. It does really peak our interest to know who “we” is considering the whole Star Wars franchise hinges on alliances. Luckily we don’t have to wait much longer to find out. Star Wars: The Last Jedi hits theaters December 15.