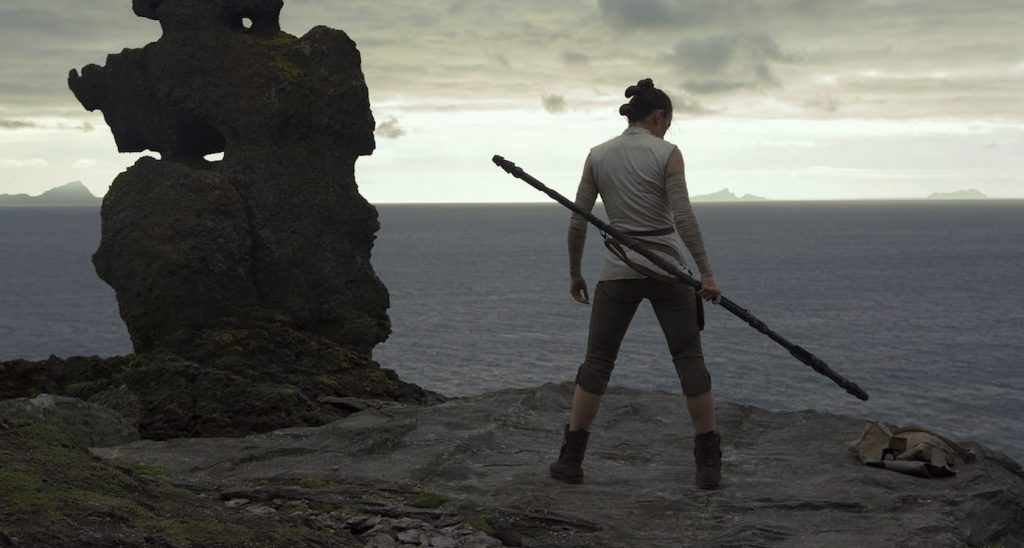 Watch the Training that Went Into Star Wars: The Last Jedi‘s Fight Scenes

From the moment we met Daisy Ridley’s Rey in The Force Awakens, she was already one tough cookie. We watched her repel deep into a ruined a Star Destroyer, fight off some First Order goons with her staff and generally hold herself in such a way where you never questioned how tough she was. And this was before it became clear she had some serious abilities that even she didn’t know about. One presumes that in The Last Jedi, Rey’s only gotten tougher, with some Jedi training (we think, we hope) from Luke Skywalker, no less.

In order to make Rey a credible scavenger, fighter and possibly Jedi knight, Daisy Ridley has trained her butt off. “Physically I never really had to push myself that hard,” Ridley says in this new video that showcases her training, as well as that of some of the other stars, speaking about her pre Star Wars life. Now that she’s become Rey, Ridley’s strength, stamina and skill with a staff have grown exponentially. What we also glean here is that there’s one other weapon she’ll be using more in The Last Jedi—Luke’s lightsaber.

Assistant fight coordinator Lian Yang was on hand to help Ridley master the lightsaber, which he had planned to teach her over the course of three days; Ridley mastered the required moves in ninety minutes.

Ridley isn’t the only woman on set who knows a thing or two about training hard to play a physical, ferocious character. Gwendoline Christie, who became famous playing the tough-as-nails knight Brienne of Tarth on Game of Thrones, is the sinister, silver armored Captain Phasma. While her role was limited in The Force Awakens, she appears to enjoy a much larger footprint in The Last Jedi, with an epic clash with Finn (John Boyega) in one of the trailer’s most riveting moments. Christie says that training for The Last Jedi was “the most physical thing I’ve done yet,” which says a lot considering how much hard work she’s put into her extremely physical role on Game of Thrones. This is partly due to the fact that although she wears armor in GoT, Captain Phasma is in head-to-toe battle gear, which Christie says makes it hard to even walk. Yet walk, and fight, she does.

Boyega also appears in the video, discussing how he made it a goal to do the entire fight with Phasma by himself, as does newcomer Kelly Marie Tran. At the end, Kylo Ren himself, Adam Driver, makes his appearance, and Ridley suggests that watching Driver’s intensity was inspiring, if tiring.

We’ll see the fruits of their extensive labors when The Last Jedi hits theaters on December 15.