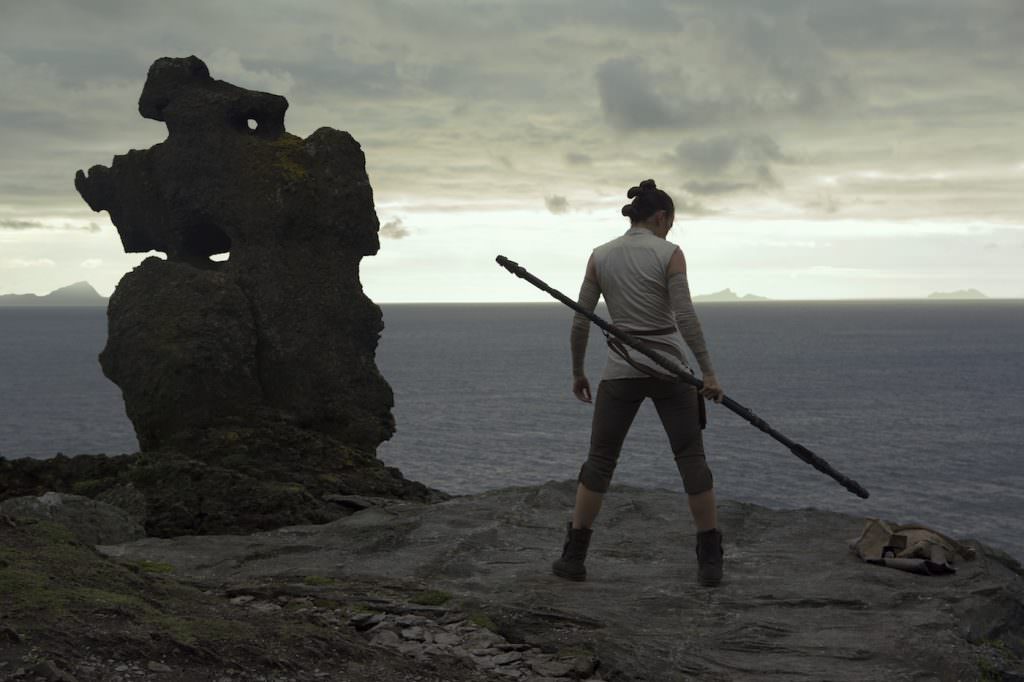 The trailer opens, much like The Force Awakens’ did, with voice over from the new trilogy’s big bad, Supreme Leader Snoke (Andy Serkis).

“When I found you, I saw raw, untamed power. And beyond that, something truly special.”

As Snoke speaks, we’re looking at Kylo Ren (Adam Driver), The Force Awakens’ resident lunatic, a young man with immense power that, more times than not, came in the form of pur erage. Yet as the trailer continues, you realize Snoke could be talking about someone else, someone with uncanny abilities that have yet to be honed, and someone who beat Kylo Ren in a lightsaber duel. Yup, later on in the trailer, it’s Rey (Daisy Ridley) who displays a troubling amount of power while training with Luke on Ahch-To, and Luke, unlike Snoke, doesn’t see something to take advantage of.

The new trailer gives us the most detailed look yet at the plot, which sees Rey looking for Luke to train her, Kylo Ren continuing down the dark path that led him to kill his father, Han Solo (one moment in particular seems to suggest he’s about to kill his mother, Carrie Fisher’s Leia, too), and Finn (John Boyega) and Poe (Oscar Isaac) being asked to take leadership roles within the Resistance, and put their lives at risk to further the cause.

Highlights include some truly incredible space creatures (from the adorable Porgs to some amazing crystal-covered wolves), a fight between Fin and Captain Phasma (Gwendoline Christie), and in perhaps the biggest reveal, a scene that looks as if a flesh-and-blood Snoke has Rey in his grips. We’ll leave the very last bit of the trailer for you to watch—it suggests an incredible plot twist.