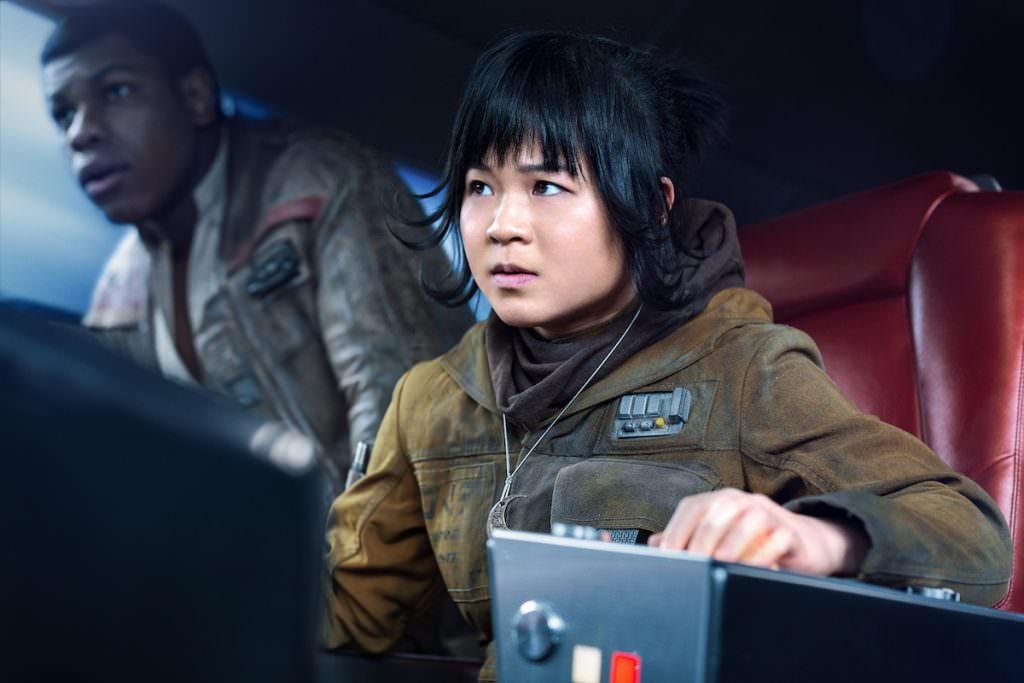 So you’ve seen Star Wars: The Last Jedi, right? If not, read no further.

There was arguably no more important newcomer—and none with a bigger role—than Kelly Marie Tran’s Rose. While Laura Dern’s Vice Admiral Holdo has a major part to play in the Resistance’s attempted escape from the First Order, and Benicio del Toro’s code breaker DJ worked both sides of the law (so to speak) once Finn (John Boyega) and Rose met him in Canto Bight, The Last Jedi was Rose’s coming out party, and boy did she make the most of it.

Rose Tico not only becomes Finn’s travel buddy, she’s given her own, heartbreaking origin story right from the very first moments of the film. Her sister, Paige, is part of the attack party that attempts to bring down a First Order Dreadnought. Paige is a gunner on one of the Resistance’s bombers, a slow-moving ship that needs to be protected by fighters in order to deliver its massive payload. In the opening minutes of The Last Jedi, the First Order has just about demolished what’s left of the Resistance’s fleet, but Paige, the only one left on her disabled and dying bomber, manages to spring the cargo bay door and unload the ship’s bombs. She is almost solely responsible for the obliteration of the Dreadnought and the Resistance’s ability to slip away—but she sacrifices her life to do so.

Enter Rose, a maintenance worker onboard the Resistance’s main sheep, weeping over her sister’s loss, finding Finn about to abandon the mission (or so she thinks). She zaps him, knocking him unconscious, setting up a cosmic meet-cute that’ll be the start of what turns out to be a bit of a budding romance.

This was, of course, a major coup for Tran, who is fantastic in the role and will certainly play a big part in J.J. Abrams Episode IX. Now that the film is out, we’re getting a bunch of intriguing looks behind the scenes, and this featurette about Tran’s character that includes Tran’s audition tape in which she does a chemistry test with John Boyega is our favorite thus far. Considering they spend the entire film together, it was critical that whoever played Rose had a real connection with Boyega. And, considering Rose ends up saving his life and planting a kiss on him, that connection was going to be one of the central relationships in the film.

Spoiler alert—Tran crushes the chemistry test. Yet it’s really fun to watch her here, long before she had the role, display the wit and skill that ultimately landed her a major part of a massive film in the biggest movie franchise in history. You can see in writer/director Rian Johnson’s reaction that he knows he’s found his new Resistance hero, and so have we.