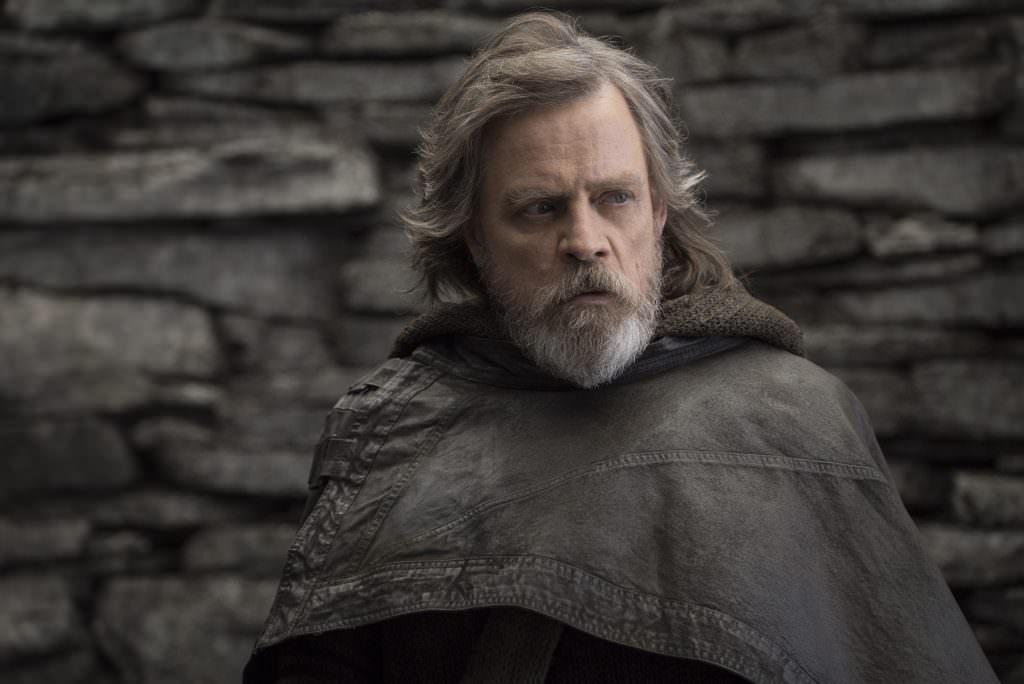 After one of the most visually satisfying light saber fights in the history of Star Wars, Kylo Ren reaches his hand out to Rey and asks her to join him. In an effort to persuade her to form an alliance, he pushes her to let go of the past, insisting she’s held onto it for too long. He names Luke and the Jedi as antiquated ways of life, but his obsession with his own history with Luke turns out to be his greatest downfall yet. As it turns out, we all had to say goodbye to what has come before and move on to a new chapter in the franchise’s legacy. As the tide turns, here are our favorite things about The Last Jedi and the new era of Star Wars. 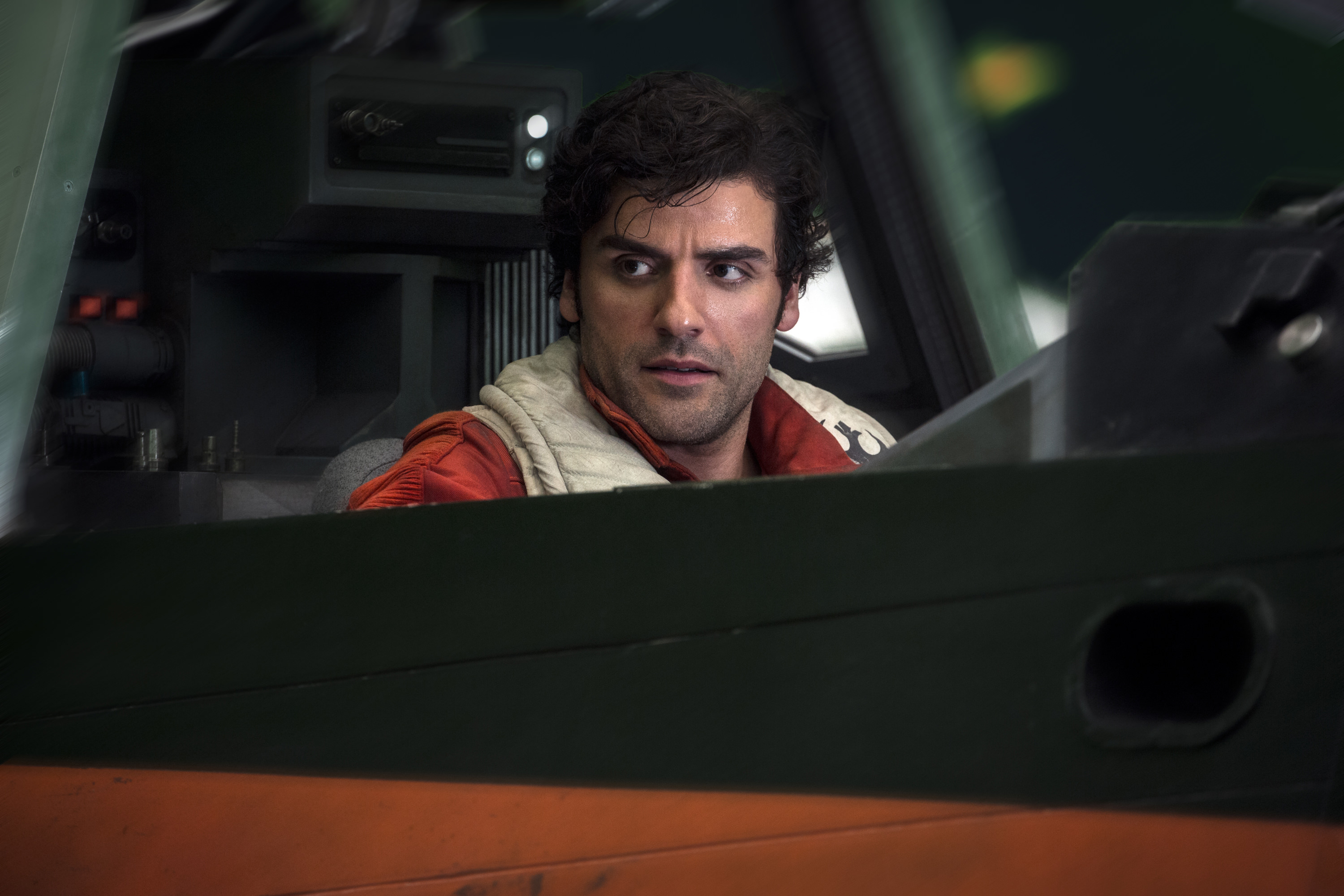 Poe Dameron may be wild, careless, and everything that Holdo accuses him of, but he’s also a wicked pilot and makes all our battle scene dreams come true. Despite suffering devastating losses, Poe and BB-8 successfully take out all of the cannons on an First Order dreadnought opening up a brave bomber to destroy the ship. As is well noted in the dialogue, this has never been done in the history of Star Wars and it was a gripping way to start the film. General Leia and Vice Admiral Holdo might not share Poe’s reckless abandon, but we grant Poe permission to “jump in an X-Wing and blow stuff up” anytime.

Kylo Ren and Rey Face Off Against Snoke

Well before the hour mark, Kylo Ren uses the force to activate a light saber that pierces Supreme Leader Snoke through the abdomen. The imposing and ominous dark force fell, literally, like the Wizard of Oz. The grand buildup to Supreme Leader Snoke that ended in an undeniably cool, but unceremonious death signaled a new era in which villains are not the ultimate evil as Darth Vader once was. One of the greatest mysteries going into The Last Jedi was finding out Snoke’s identity or past, which turned out to be irrelevant. Kylo Ren and Rey are then left to face Snoke’s henchmen that ends in cheer worthy teamwork as she tosses him a light saber to help him out of a tight spot. 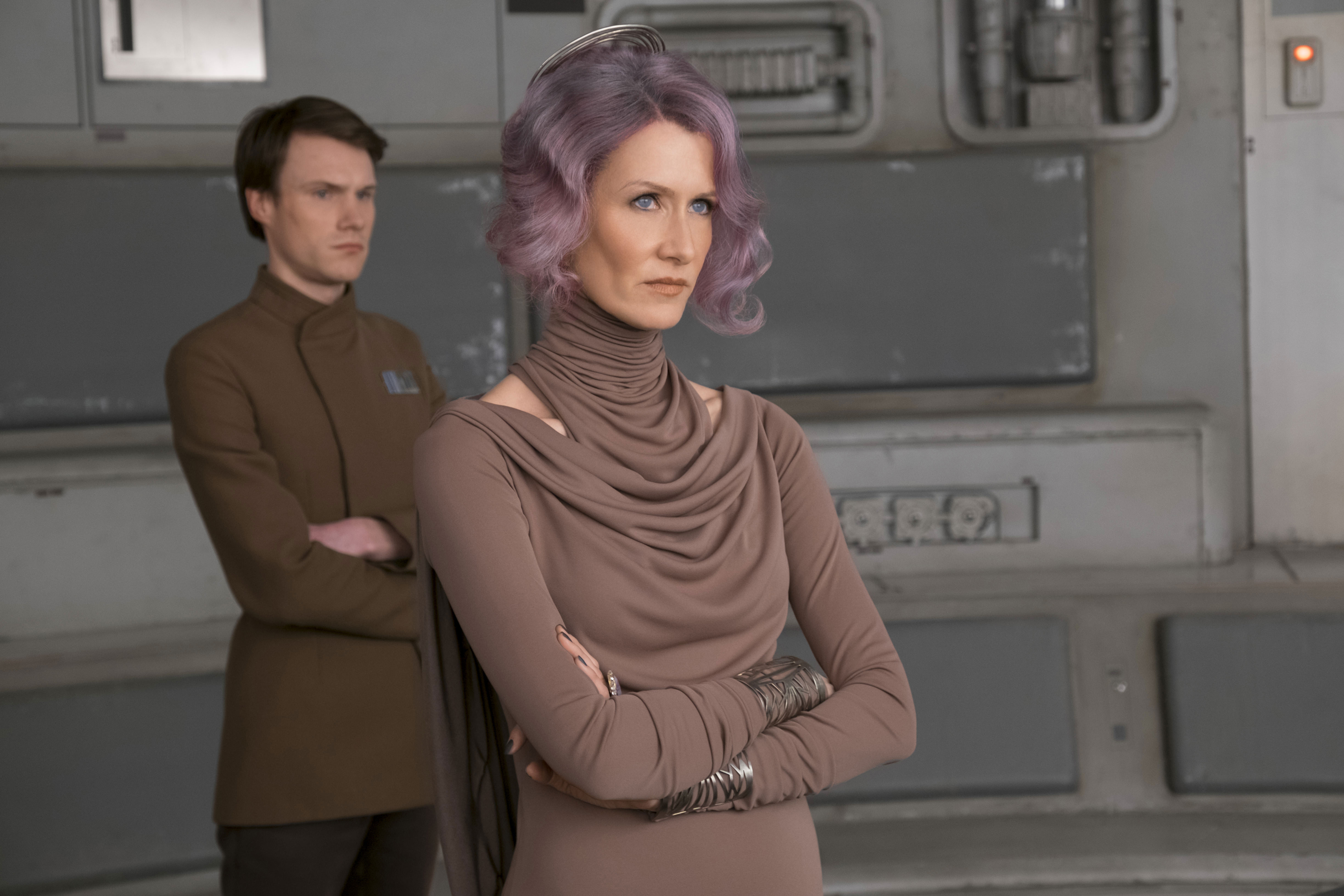 Laura Dern is Amilyn Holdo in THE LAST JEDI

The rebellion has dwindled to a few hundred fighters, so we need all hands on deck. There’s no room for anyone to waver in their loyalty to the cause, which made us very leery of Vice Admiral Holdo who immediately clashed with Poe and seemed to be keeping secrets from the crew. Once Leia recovered consciousness after the bridge was attacked, we breathed a sigh of relief to see her bond with Holdo was so strong. We couldn’t imagine, however, what incredible bravery and brilliance would be displayed shortly thereafter. It was well established that the First Order had developed the technology to track the Resistance ship through light speed and they only had enough fuel for one last jump. Rather than taking it, the last of the resistance was desperately fled to Crait while Holdo stayed on board. With everyone evacuated, we had nearly forgotten all about the abandoned plan to use the last of the fuel, but Holdo had not. She turned, aimed, and fired right through the Supremacy in one of the most awe inspiring moments in the film.

Carrie Fisher’s final performance was absolutely perfect. She played it brilliantly and was well utilized throughout the plot. Fisher’s daughter, Billie Lourd, appeared alongside her mother on the bridge, which was a touching casting decision.

Luke, jaded by his lifelong battle against the dark side and his devastating failure to train Ben Solo, was staunchly resistant to rejoining the rebellion. In one of the most fun callbacks in the film, Luke snuck aboard the Millenium Falcon and was greeted by a foulmouthed R2-D2. After chewing Luke out, he tried an emotional plea by replaying Leia’s message to Obi Wan. It spurred Luke to step in finally face Kylo Ren. He first visited Leia and they got to see each other one last time, which she seemed to know and be at peace with. Their final appearance together was a gift to fans and gave the Skywalker legacy closure. Luke then went on to use the last of his energy to fight Kylo Ren while never leaving Ahch-To. It was his dying sacrifice that resulted in dissolving into the ether and joining Yoda and Obi-Wan in the spiritual Jedi force. 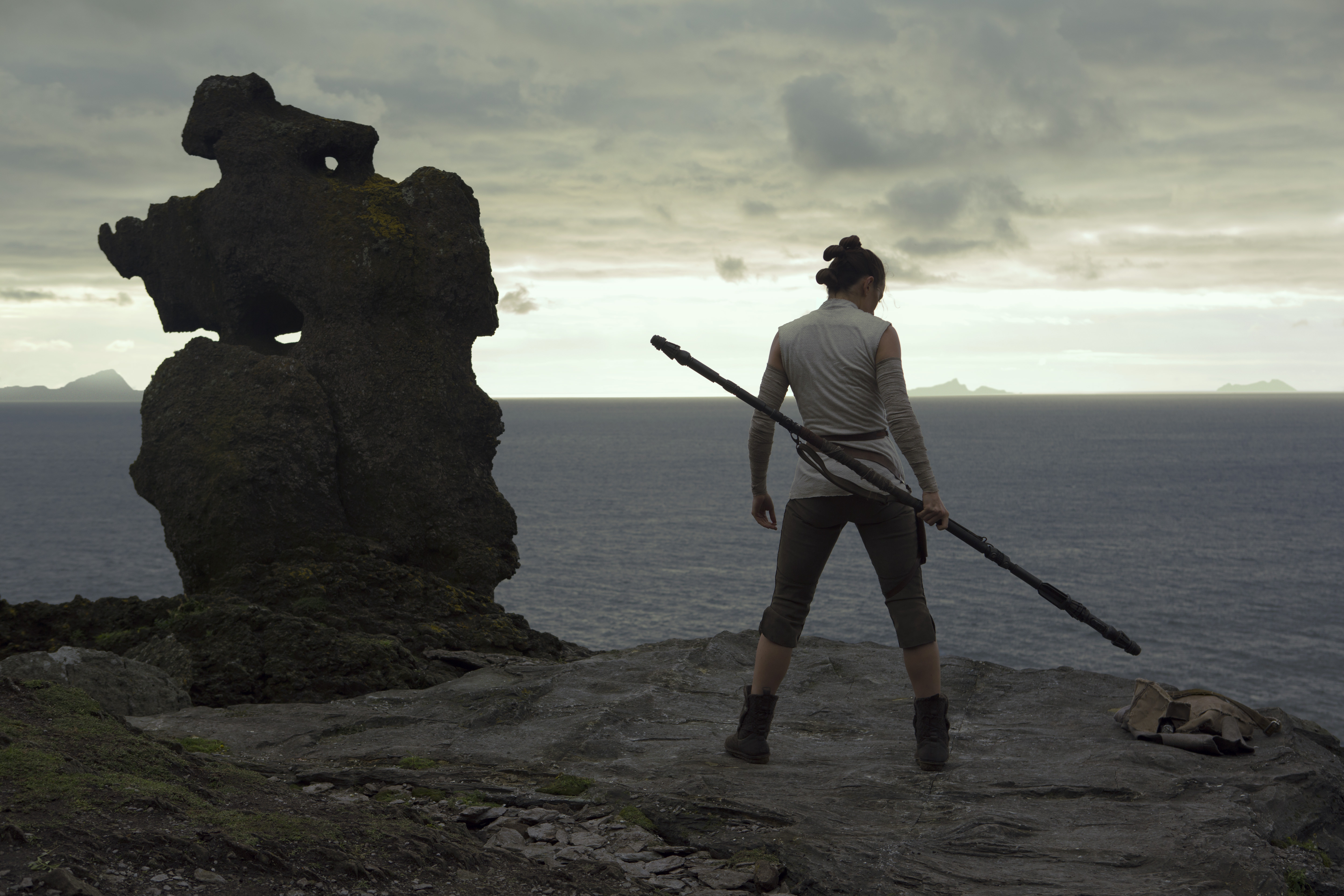 Rey’s Parentage and the Future of the Republic

The Last Jedi was one of the most ensemble movies of the franchise. Every time a scene cut to a different part of the galaxy we saw Rey, Finn, Poe, and others contributing something critical to the cause. As Luke pointed out, no one person could fight the First Order alone. We now have foreshadowing that the hope remains for the rebellion to rebuild.

Kylo Ren and Rey developed a powerful Jedi connection and could communicate across the galaxy. He claimed to have seen her Rey’s parents were and it turns out, they weren’t anyone. Although we don’t trust Kylo Ren and there wasn’t any real evidence proving his claim, it would be a refreshing twist if he were right. Jedi seemed to descend biologically and they were a dying breed. If Rey came from non-Jedi parents, that would indicate that there could be others in the world with Jedi power who could join the Resistance, or of course join the First Order, which brings us to the film’s finale. After an emotionally draining movie, a stable boy on Canto Bight gazed up at the stars and clutching Rose’s rebellion ring she left behind, dreams of joining the fight one day. As he goes about his chores, ever so subtly he uses the force to pick up a broom and our hearts soar once again.