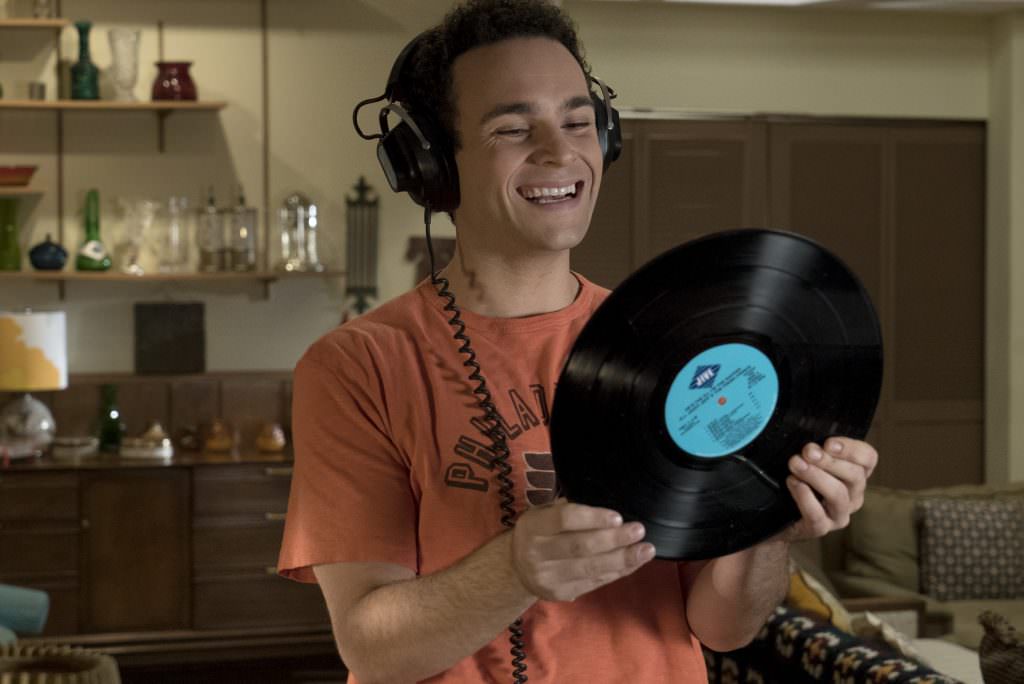 The Goldbergs Composer on Bringing Fresh Life to 1980s Nostalgia

The 1980s were an awkward time for us all. No one escaped the fashion nightmares of track suits in bright colors, the huge hair, and an abundance of shoulder pads. Nearly all sins are forgiven with the passing of time, and The Goldbergs, now in season 5, proves there has been enough space between then and now for us to laugh at ourselves again.

The decade was, however, a golden age for nerds as cinematic classics like Ghostbusters, E.T., and Back to the Future rolled across the screen. The Goldbergs is also a love letter to a great decade of music. Featuring songs by The Cure, Pete Townshend, Cyndi Lauper, Toto, Pat Benetar, Tom Petty, and an endless list of similar legends, the music is a highlight of the show. The show’s score, composed by Michael Wandmacher, bridges the entire 80s as each episode is famously set in “1980-something.” Wandmacher also paints the emotional arc that recalls our own coming of age and memories of being with family.

Wandmacher filled us in on capturing The Goldbergs’ nostalgic sound, working with Amy Lee of Evanescence on Voice from the Stone, putting his personal touch on Underworld and more.

The Goldbergs is exuberantly 80s, but also feels fresh. Do you try to capture the period or give it a more modern feel?

From the beginning, the vision of the producers of the show was to be able to give a nod to the 80s without dating the entire show. Putting it in that time period, music was a really important part of that. We wanted a sound that felt fresh, but tipped a hat to that era. That was probably one of the hardest parts of making the music, or coming up with the sound, of the show was how do we do both? I settled on using a band approach, basically a five piece combo that does all the music. I produce it in a very 80s style. It’s very glossy like 80s pop records. It’s a little bit tinny, it’s really bright, a lot of energy. Applying that sort of production idea to a more classic band sound. For some reason, it worked. I came up with a couple of melodic sounds that you hear in the music that are peculiar to the show. It was a process.

The show is intentionally vague and never mentions a specific year. Is that difficult to tackle?

The ‘1980-something’ is key to the whole thing, because in each episode, there’s a lot of mixed year stuff. You’ll see things that are happening from the early 80s mixed in with the late 80s, but it’s all within that decade. That mashup part of it is what I think fans really like about it.

Emotionally, the show ranges from hilarious to really touching and even sad. How do you hit all those notes?

It’s just about structuring the music to fit that emotional beat. What’s really interesting about The Goldbergs is that even the emotional music – the moments that are sad or sort of down – the actual structure of the music is still fairly bright. I don’t think I’ve done a whole lot on that show with a minor key. I just try to mix up how I use the electric piano and the guitar in a real sparse way, communicating between the two to sell those emotional moments. One thing that Adam Goldberg and the producers definitely want out of the show is definitely to feel positive. Even during sad moments, it’s an interesting line to walk. It’s heartwarming. That nostalgia element is so important to the people who watch the show.

Two of the show’s characters, Barry (Troy Gentile) and Erica (Hayley Orrantia), pursue musical passions during the series. Do the characters’ personalities and interests affect what you write?

In terms of the broad background score, it’s more of a really tight sound that that I developed for the show that I use to sell moments for all of the characters. The times that I change it up are when we’re looking at a specific aspect of the characters like Big Tasty with Barry. Coming up with all of those beats and the music that he does when he’s Big Tasty, I go off in a completely different direction. That’s actually very 80s in construction. We’re using drum machines and synthesizers and things from that era. When Erica is doing her Ricky Gold thing, the quasi rock star, I’ll change up the instrumentation to be more of the era and more in line with what she might be writing as a character. But the overall sound of the show is pretty consistent throughout.

The 80s had a lot of artificial sounds. Do you record live music or compose in a computer program?

On The Goldbergs I play all the instruments live. There are other scores I have done that are completely electronic. What’s the case with most music these days that’s for picture, it’s a hybrid form. Some of it is coming out of a computer, some of it is recorded live and then it’s all mixed together. With The Goldbergs sound, you don’t get a really good kind of lively performance unless it is played live. It’s made me a better bass player, keyboard player, drummer, programmer just from working on the show. I say I play whatever I’m getting paid to play. I just figure it out.

Voice from the Stone has a really unique sound. What did you want to convey for that film?

It’s haunting and beautiful at the same time. It was a tricky line to walk as a composer. Even though most of the score tips its hat to classic Hollywood romanticism, with big sweeping themes and old school orchestration, there’s always this sense of something wrong in the music. There’s a sense of unease that permeates every single track. It’s always there lurking in the background even while this other really beautiful flowing music is going on over the top. There’s a supernatural element, there’s a mother son relationship, there’s a romantic element between two leads, and the castle itself plays a character. It’s an omnipresent sense that something is up. It’s not evil, just this sense of something is not quite right.

How did you decide to collaborate with Amy Lee of Evanescence for the end title song “Speak to Me”?

It was kind of serendipitous. Eric [D. Howell], the director and myself, we wanted to get Amy to sing that song. It was something we had talked about prior to her even being involved. It was one of those pie in the sky ideas. We just decided we’ll write a letter and try to track down her management and see what happens. It just turned out that not only was she into the movie, but timing wise it worked out. She listened to the score and watched the movie, and the song just sort of poured right out of her. It was something she connected with on a really visceral level. Being able to tie into the sound of the score that I had already done was actually pretty easy.

When working on Underworld: Blood Wars, you came into a really popular and beloved franchise. How much of the previous installments did you incorporate?

In this particular instance, I was a big fan of the franchise going in. I wanted to find my own spin. I didn’t refer back in terms of actual motifs or themes. It was more about capturing the vibe of the Underworld universe. In broad terms it’s dark, aggressive, sexy, and scary. I wanted to illustrate that in a way that I would do it and not leave it feeling like it was outside the rest of the Underworld universe. It sort of presented itself as I went along.

The Goldbergs airs Wednesdays on ABC.