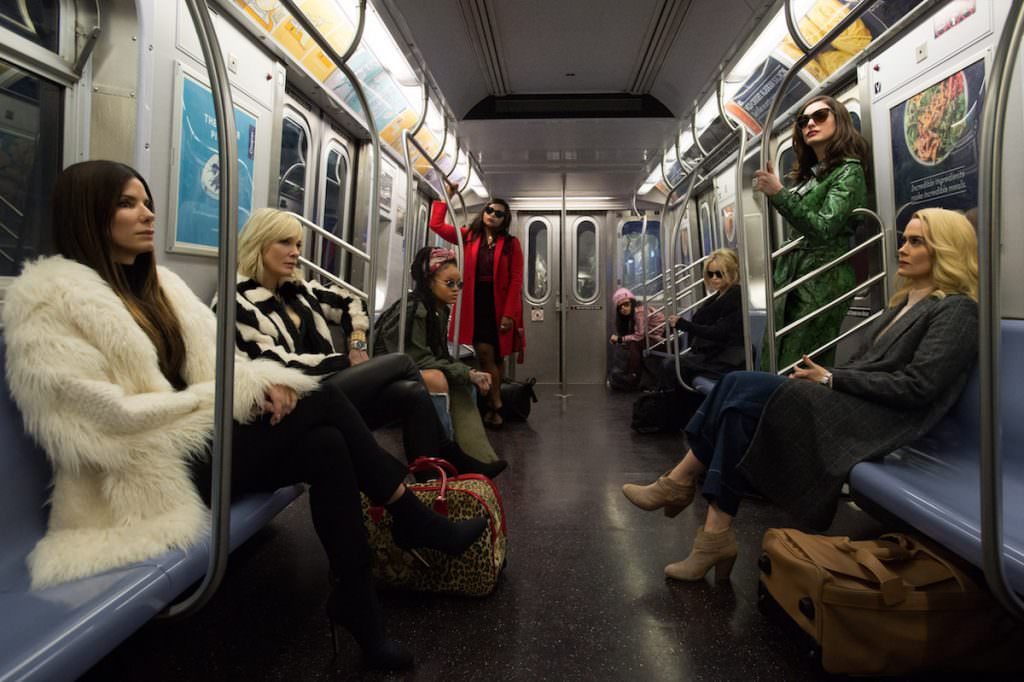 We’re finally getting our first glimpse of Ocean’s 8, a star-studded, female-led caper which revolves around Debbie Ocean (Sandra Bullock), sister of master criminal Danny Ocean (George Clooney), the titular, lovable rogue of Steven Soderbergh’s popular Ocean’s 11 franchise. This teaser comes ahead of tomorrow’s official trailer, but even from this bite-sized morsel, we’re really liking what we see—Ocean’s 8 has all of the style of the original trilogy, only with the delicious conceit that anything a man can do, a woman can do better. Directed by The Hunger Games’ Gary Ross, and written by Ross and Olivia Milch, Ocean’s 8 finds Debbie Ocean fresh out of prison and, very much like her brother, finding the experience to have dampened her willingness to pull of highly risky, extremely difficult heists not a whit. Debbie Ocean’s ready to assemble a team, and she’s got her sight’s set on the most glamorous target imaginable—the Met Gala.

While the teaser is very short and not exactly heavy on plot, what we do see is that 8 will zero trouble appealing to our enjoyment at watching a bunch of great performers share the screen in a giddy, glitzy caper where we get to see how their individual skill sets perfectly compliment one another, and watch them pull off a crime with a high degree of difficulty—and look great while doing it. The setting of the Met Gala also offers the opportunity to pour a ton of other celebrities into the film, which one glance at the cast list confirms (Kendall Jenner, Kylie Jenner, James Corden, Dakota Fanning, Olivia Munn, etcetera).

Ross and Soderbergh go back (the latter shot second-unit on The Hunger Games), and Ocean’s 8 was an idea the two spitballed together, with Soderbergh serving as a producer here. Joining Bullock, her 8 consists of Cate Blanchett, Anne Hathaway, Mindy Kaling, Sarah Paulson, Awkwafina, Rihanna, and Helena Bonham Carter. This cast is outrageous, and enticement enough to count down the months until Ocean’s 8 opens in theaters on June 8, 2018.