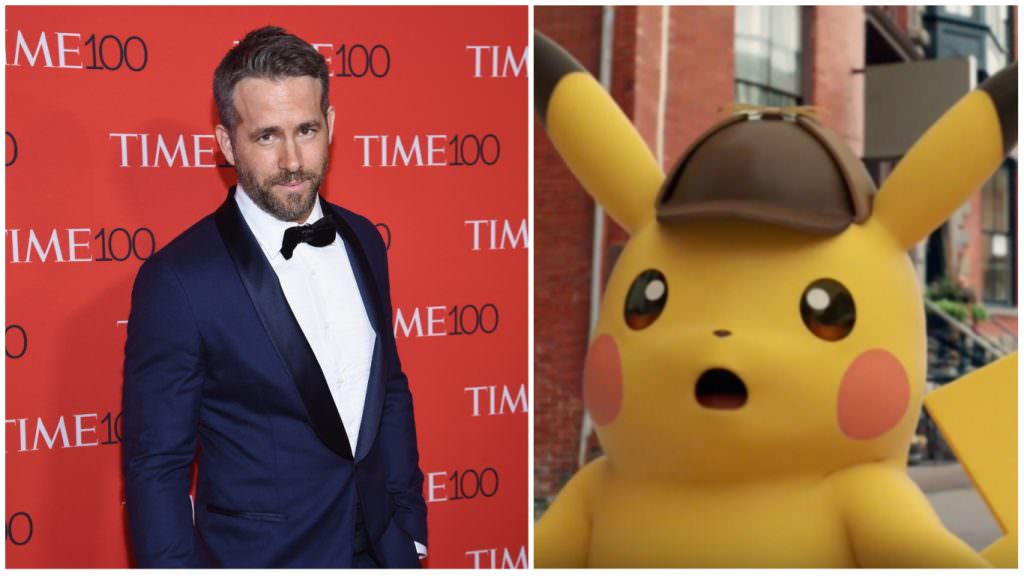 Ryan Reynolds to Star as Detective Pikachu in Pokemon Movie

When Ryan Reynolds isn’t breaking the fourth wall, and other peoples’ bones, as Deadpool (out June 1, 2018), he’s going to be playing the titular animated detective in Legendary’s live-action Pokemon movie, Detective Pikachu. The Hollywood Reporter has the scoop that Reynolds joins The Get Down and Jurassic World: Fallen Kingdom’s Justice Smith and Big Little Lies actress Kathryn Newton in the film, which is based on the insanely popular gaming franchise.

Your director is Rob Letterman (Goosebumps), with principal photography to begin mid-January in London.

Pokemon began its life as a video game that, after swiftly taking over the planet, has turned into a vast enterprise that includes card-collecting, television and a  movie franchise. The game immerses players, known as trainers, in a world in which they collect the adorable, potent monsters called Pokemon so they can deploy them in battle tournaments. The Pokemon franchise has sold some 300 million video games across the globe, and shipped—wait for it—23.6 billion TCG cards.

The Pikachu of the film’s title is a species of Pokemon, with Detective Pikachu styling himself as a crack investigator, able to find anything. In Detective Pikachu, Reynolds’ titular investigator is brought on a case involving the kidnapping of Smith’s character’s father, who will team up with Pikachu as they attempt to find him. Newton plays a journalist who joins their team. THR reports that the role will be “motion-capture in nature.”

The script is by Alex Hirsch and Nicole Perlman.