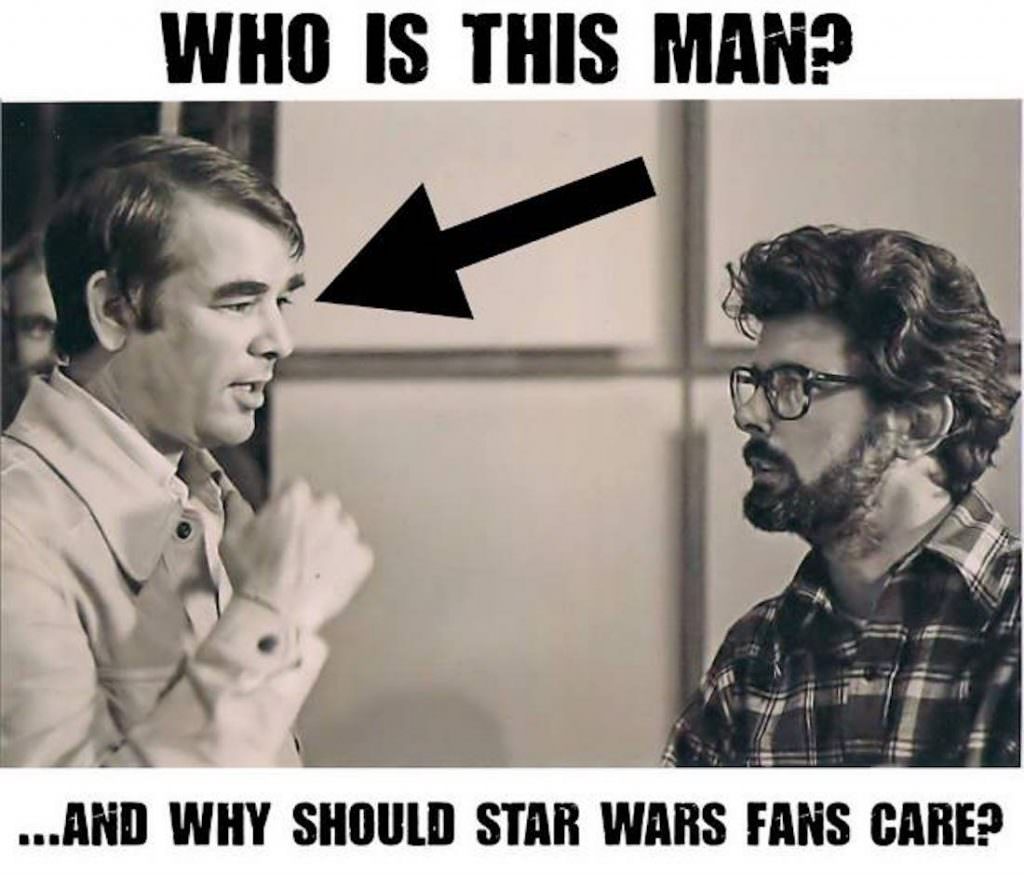 Meet the Man (Besides George Lucas) Who Made Star Wars Possible

Alan Ladd Junior, best known as ‘Laddie’ to friends and business associates, is probably not a name you’ve ever heard before. Yet, as you discuss your thoughts about Star Wars: The Last Jedi, know that without Laddie, Rian Johnson’s film, and the entire Star Wars franchise, would likely never have happened. As a film executive, it was Laddie who gave George Lucas the green light to make Star Wars, considered “the most influential movie executive you’ve never heard of,” by director Amanda Ladd Jones (yup, his daughter), whose film Laddie: The Man Behind the Movies gives her father his proper due.

Ladd Jones said she’d wanted to escape her father’s long shadow, but eventually, after understandably gravitating towards the film business, she found herself surrounded by people who had great stories about him. Instead of trying to resist this, Ladd Jones decided to make a documentary about her father, tracking his insanely productive career by talking to the filmmakers whose careers he helped launch in the process.

Morgan Freeman, Mel Brooks, Richard Donner, Ben Affleck, Sigourney Weaver, Ridley Scott, George Lucas and more spoke to Ladd Jones about the impact her father made on their careers, and the film industry as a whole. Weaver, the star of Alien, and at the time practically the only credible female lead in an action/thriller franchise, said that Ladd’s objective was “to help these incredibly creative people make the best possible movie they could.” Producer Allyn Stewart says, “Laddie was at the forefront of giving women true responsibility, and a lot of other companies wouldn’t let a woman have those responsibilities.”

George Lucas said of him, “Laddie was one of the few people who said I actually trust the artist.” This trust was what gave Lucas the leeway to explore a space opera (of sorts) with relatively unknown actors on a scale not previously scene in the film industry. Laddie’s trust in Lucas now looks like pure genius—Star Wars is the most profitable franchise in film history.

Ironically, this documentary about one of Hollywood’s legends doesn’t have a distributor or release date yet, but hopefully that’ll be amended soon. Until then, check out the film’s official Facebook page for more information. And when you think about The Last Jedi (and go see it again), spare a thought for Laddie, whose influence, like the Force, doesn’t need to be seen to be felt.

TAGSLaddie: The Man Behind the Movies Star Wars